You were fantastic throughout, what a player: Indian cricket fraternity praises Rishabh Pant on his special ton against England 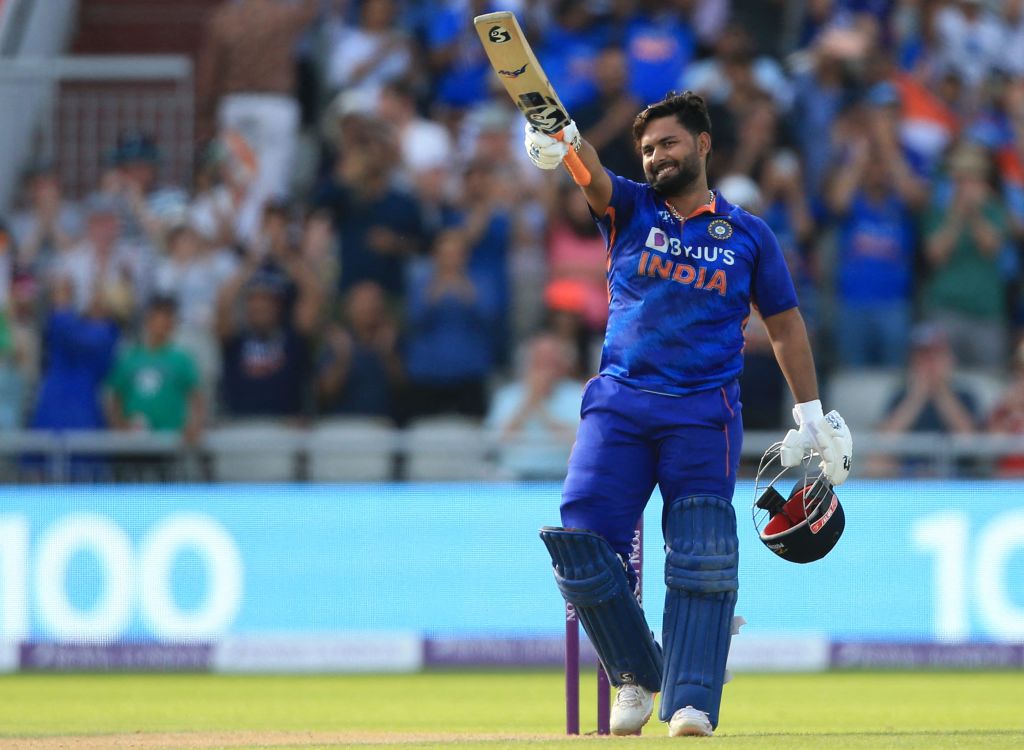 Following wicketkeeper-batter Rishabh Pant’s match-winning knock, many Indian cricketers took to social media to heap praises on the heroics of the star batter in Manchester.

Rishabh Pant’s unbeaten 125* and his 133-run partnership with Hardik Pandya helped India chase down 260 in the final ODI of three-match series at Manchester.

Chasing 260, Reece Topley destroyed India’s top order and had them at 72/4, but then Pandya-Pant stitched a match-winning stand of 133 runs.

“Congratulations Team India on winning both the ODI and T20I series in England. @RishabhPant17 coming of age, @Jaspritbumrah93’s consistency, @hardikpandya7 in his elements and @ImRo45’s leadership have been outstanding throughout the white ball matches #EngvsInd” said BCCI secretary Jay Shah in a tweet.

“Last match of a series and @RishabhPant17 playing brilliantly – this is a better love story than twilight. Incredible innings from an incredible player – with great support from Hardik and Jadeja. #IndvsEng” tweeted Sehwag.

“Looks like the 45-minute conversation made sense !! Well played @RishabhPant17 that’s how you pace your innings @hardikpandya7 great to watch #indiavseng,” tweeted Yuvraj.

Suresh Raina also took to Twitter and congratulated Pant for his century, tweeting, “Heartiest congratulations @RishabhPant17 bro on your ODI century. You were fantastic throughout, what a player #INDvENG.”

Boys are young, but played maturely: Shikhar Dhawan after series win over West…