Would have felt hurt if Pandya or DK hit me for sixes but Kohli is different class: Pakistan pacer Haris Rauf 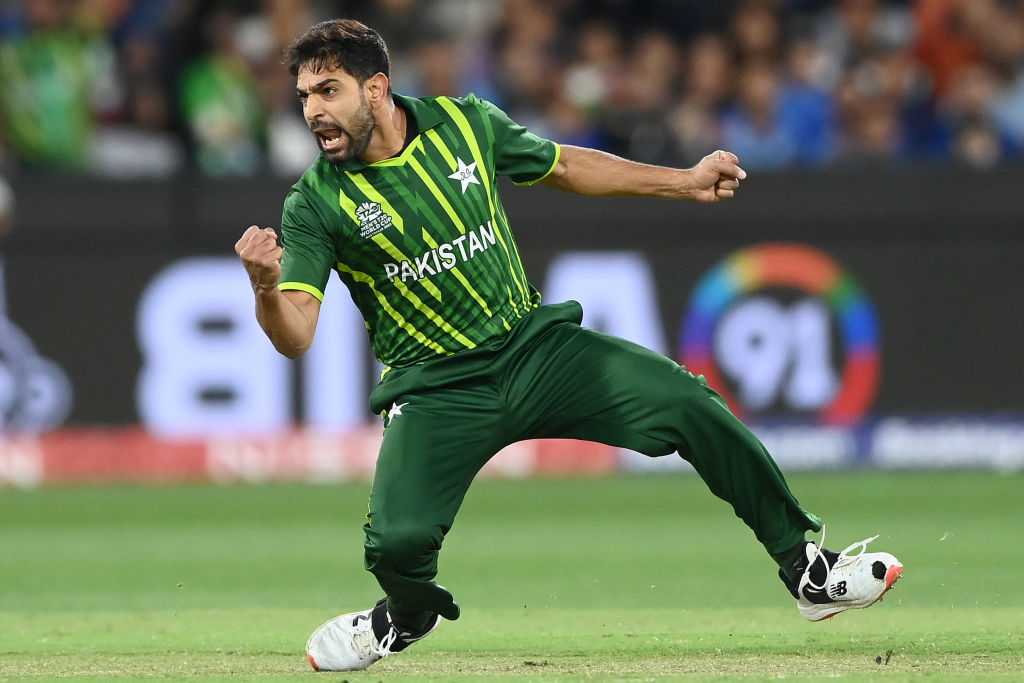 Haris Rauf believes that no player in world cricket save the peerless Virat Kohli could have hit him for those two sixes in that thrilling India victory against Pakistan in the T20 World Cup match in October.

Speaking for the first time to a Pakistani website about those two hits, Rauf said had Hardik Pandya or Dinesh Karthik hit him like that, he would have felt “hurt”. Kohli’s unbeaten 83 off 52 balls, considered as one of the greatest T20 innings, saw India beat arch-rivals Pakistan by four wickets.

Needing 28 off the last eight balls, Kohli first lofted Rauf down the ground with a back-foot punch for the ages and then flicked him behind square to basically close the game before last over.

“That was his class and the kind of shots that he plays, and the two sixes that he hit, I don’t think any other player could hit those kinds of shots. Had Dinesh Karthik or Hardik Pandya hit me like that, I would have been hurt but that was Kohli, and that’s a different class,” Rauf told ‘Cricwick’ website in an interview.

The first six hit down the ground is something that Rauf isn’t able to comprehend even after a month. “I had no idea that he (Kohli) can hit me down the ground off that length. So when he hit that shot off me, that’s his class. My plan and execution were fine but that shot was all class.” Rauf’s plan was to give left-arm spinner Mohammed Nawaz at least a 20-run cushion for the last over but Kohli’s brilliance upset his plans.

“Look, India required 31 off the last 12 balls. I had given away only three runs off four deliveries. I knew Nawaz was bowling the last over, he is a spinner and I had tried to leave at least four big boundaries for him and leave at least more than 20 runs,” said Rauf.

“And since 28 were required off the last eight balls, I bowled three slower ones and he was deceived. I had only bowled one quick ball out of four. So the idea was to bowl a slower one on that back-of-a-length zone since the dimensions of the square boundary was bigger.” Rauf said he has shared a good rapport with Kohli, having bowled to him at the India nets during the 2018-19 series when the last Test was held at the SCG.

“I was playing Grade 1 club cricket in Sydney and I had bowled to the Indian team. Virat Kohli, KL Rahul, and Ravi Shastri have always met me with a lot of warmth. Ravi Shastri, in fact, during World Cup told me that he was so happy to see my success and transition.

“Kohli has also been very appreciative. He told me that you bowled at our nets and now it is good to see you do well at the international level.”