Wonder why you are more susceptible to cold and flu in winters? The reason is right under your NOSE 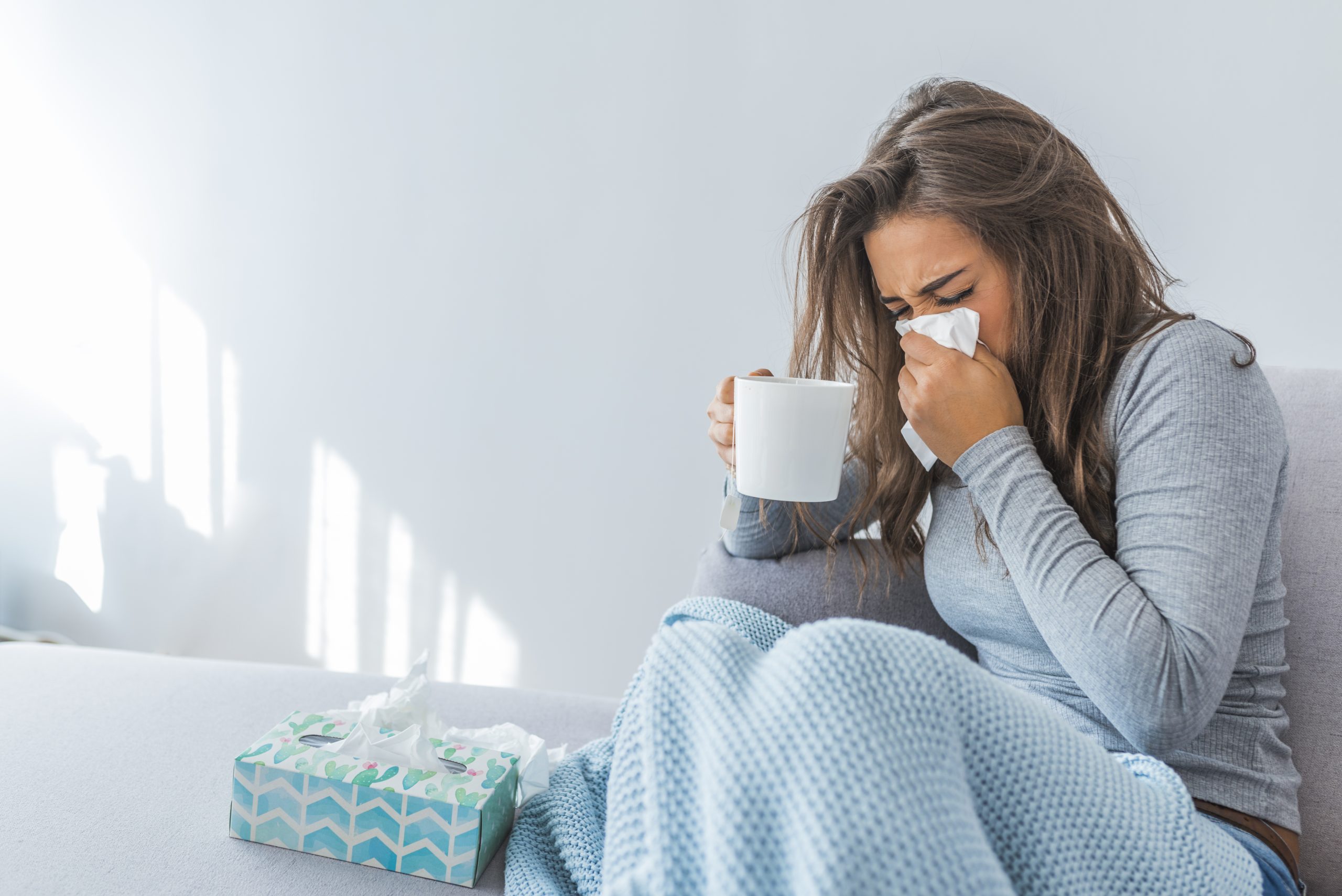 The average adult in the US experiences two or three bouts of the common cold a year, however, we all know that during winter, the likelihood of getting sick increases.

It has previously been believed this is because as everyone huddles indoors due to the cold and are usually very near each other – viruses are transferred from person to person more easily, leading to infections.

However, according to a new study published at Massachusetts Eye and Ear hospital and Northeastern University – there may be biological reasons for the increased risk of contracting colds and flu during the winter months, Healthline informs.

In a scientific breakthrough, researchers have found that cold air can damage the natural immune response within your nose. It can also reduce the immune response of your nose by half, the Times of India reports.

The findings of such a study were published in The Journal of Allergy and Clinical Immunology.

The nose is the main entry point for respiratory bacteria and viruses. Even then, it has the power to help in preventing such infections.

Researchers have discovered that the front of the nose can detect germs even before the back of the nose does. As soon as an intruder is detected, the cell lining within the nose immediately begins to create billions of copies of themselves known as extracellular vesicles (EV’s).

“EV’s can’t divide like cells can, but they are like little mini versions of cells specifically designed to go and kill these viruses,” said rhinologist Dr Benjamin Bleier, director of otolaryngology at Massachusetts Eye and Ear.

He adds, “EV’s act as decoys, so now when you inhale a virus, the virus sticks to these decoys instead of sticking to the cells.”
The researchers reportedly discovered that when under attack from germs, the nose increases production of extracellular vesicles by 160%.

The nose’s power during cold weather

Certain study participants were exposed to 4.4 degrees Celcius temperature for around 15 minutes by researchers. The conditions within their nasal cavities were then measured.

Bleier is reported to have said, “What we found is that when you’re exposed to cold air, the temperature in your nose can drop by as much as 9 degrees Fahrenheit.”

Apparently, this is enough to beat all those immune advantages that the nose offers.
It was found that the “little bit of coldness in the tip of the nose was enough to take nearly 42% of the extracellular vesicles out of the fight.”

How to keep your nose warmer

If you keep your nose warmer, you will be able to maintain stronger immune defenses against viruses. Wearing masks could be of great help as it would prevent the viruses from directly entering your nose and can also keep your nose warmer.
Based on this scientific revelation, Bleier hopes that the development of topical nasal medications will help reduce high infection rate during winter.

Symptoms of cold and susceptibility

The most predominant symptoms of a cold are stuffy and runny nose, sneezing and post-nasal drip. It could also lead to a cough and sore throat.

Some patients could have more symptoms like a mild fever or increased fatigue.

Though no one is immune to germs or colds some people may be able to defend themselves better and thereby may experience fewer symptoms or complications.

Increasing immunity against flu and colds

She informs that this nutrient enhances mucus membranes as well as overall immunity. It acts as a powerful micronutrient, antioxidant, and cofactor for the body’s enzymes.

These enzymes are crucial as they reportedly “assist in optimal functioning of [our] innate immune cells, including white blood cells.”

Siddiqi adds, in general, “vitamin C will help support immunity in every part of the body that has a dense network of immune cells and tissues.”

The nutrient is available in foods like oranges, broccoli, and red peppers.

Besides, the intake of vitamin C, there are also other ways to stay healthy. These preventive measures include hand washing, sanitizing, wearing a high-quality face mask, covering your mouth while coughing and sneezing, and isolating when you are sick.