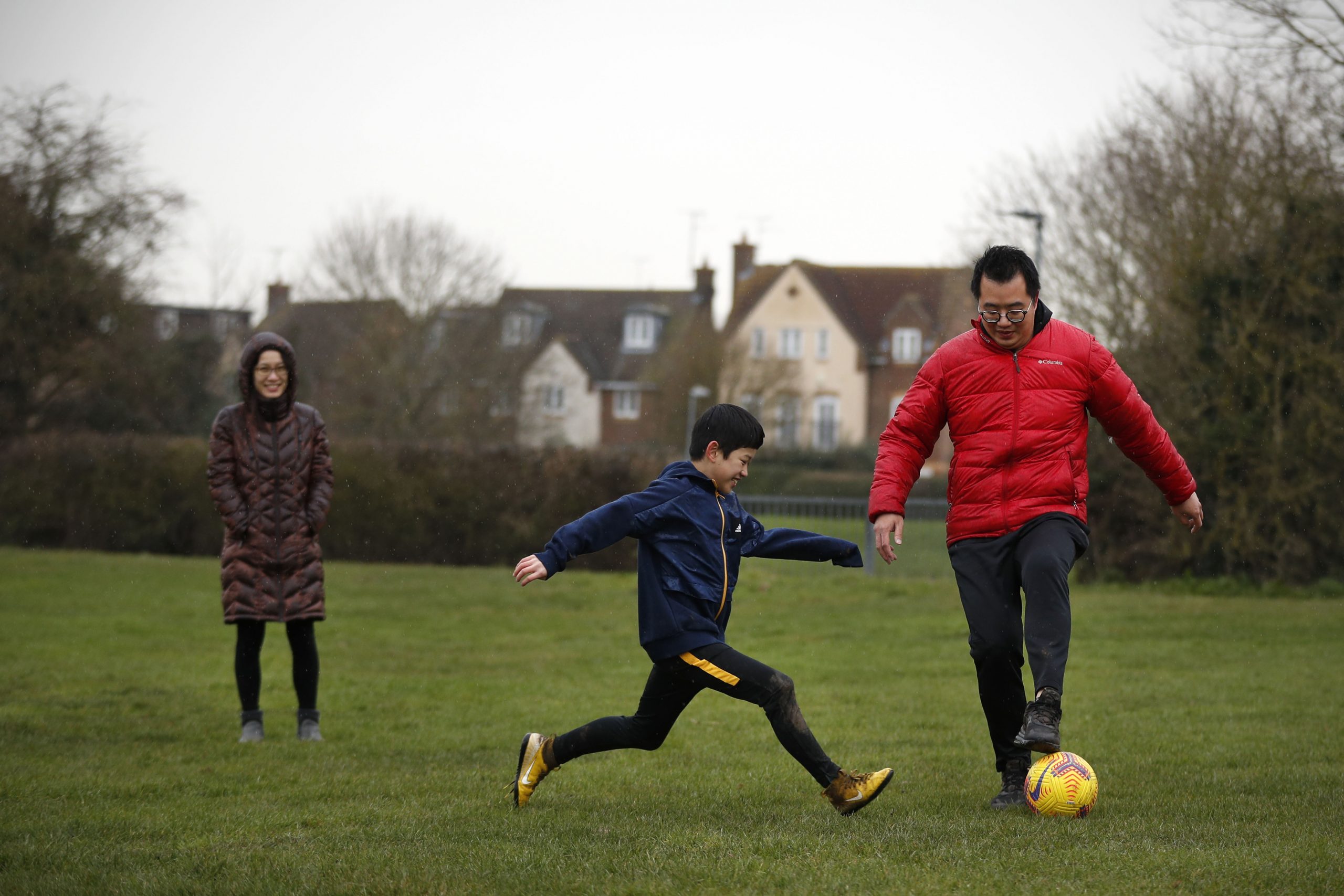 There were hanging lanterns in the staircases alongside the portraits of former prime ministers. Cherry blossom and auspicious orchids decorated the reception rooms.

Rishi Sunak was celebrating Lunar New Year, noting that the year of the rabbit’s traditional association with peace and prosperity would be much needed in 2023.

The Lunar New Year framing was a subtle shift from past events billed as marking Chinese New Year. Its broader message was intended to be more inclusive of those in Britain from China, Korea, Vietnam and beyond, placing less emphasis too on the increasingly fractious government-to-government relationship with Beijing.

Simon Cheng and Julian Chan, co-founders of the Hong Kongers in Britain group, felt that this demonstrated a growing UK government understanding in dealing with sensitive, nuanced topics.

Sunak was particularly keen to welcome the UK’s growing community of Hong Kongers, celebrating the fact that 140,000 people had taken up the new British National (Overseas) visa route since it opened two years ago.

“As a Hong Kong filmmaker who is new to this country, I felt very honoured to be invited to the prime minister’s home to celebrate the Lunar New Year,” said Ka Leung Ng, who is curating the Hong Kong film festival which tells new and untold stories of Hong Kongers.

Joyce Chiang of the Welcoming Committee for Hong Kongers added that being invited to Downing Street felt like “a great encouragement” for those doing the work of welcoming, helping new arrivals to find their feet to contribute fully to British society.

Welcoming Hong Kongers to Britain has been an important yet quiet success story. Perhaps its unsung nature partly reflects the absence of any political or public controversy. The decision to invite this wave of migration from Hong Kong was one of the first big immigration policy decisions as to what post-Brexit Britain would choose to do with its new immigration controls. So it is striking that the BN(O) scheme has had pretty much universal support across the parties in parliament, and broad public support too.

The government’s official Hong Kong welcome programme is among the most proactive integration initiatives that Britain has ever had for any incoming group. It has laid solid foundations. Research and engagement find that Hong Kongers feel welcomed in Britain and have made a good start navigating the practical challenges, understanding the UK’s housing markets and how school admissions work.

This will be a year to reflect more broadly on what makes welcoming work. March sees the first anniversary of the Homes for Ukraine scheme – an emergency response to Russian president Vladimir Putin’s invasion. This followed the evacuation from Afghanistan, where moving families from temporary hotel accommodation into communities has progressed slowly.

Insights from the successes and challenges of welcoming programmes can help illuminate how to make migration work for those who come to Britain and the society they join.

Getting the foundations right matters. Secure status in the UK, fluency in English and stable accommodation are essential. Over half of those who have come from Hong Kong, Ukraine and Afghanistan are children, so ensuring that schools have the confidence and tools to address a range of educational and pastoral challenges makes a big difference.

This year also marks the 75th anniversary of the arrival of the Windrush, the symbolic starting point for post-war migration and a modern, diverse Britain. These new arrivals from Hong Kong will join the post-war Windrush generation, the Ugandan Asians of half a century ago, the Polish workers who came after 2004, and those who have fled Ukraine and Afghanistan last year, as one of the migration stories of this next decade.

Net migration has been exceptionally high in 2022 for exceptional reasons – the refugees from Ukraine are the largest single group to arrive in one year for a century – but also because of the government’s policy choices. Chancellor Jeremy Hunt expects net migration to come down towards 2019 levels, but he has no plan to push it down further.

The government chose to combine the end of free movement with more open routes from outside Europe, seeking to grow Britain’s share of international students; making it easier for the NHS to fill skills gaps; and opening the Hong Kong route because of historic obligations and the economic and social contribution that Hong Kongers will make here.

The politics of immigration remain dominated by polarising clashes about asylum. How we make welcoming work offers one constructive opportunity to find common ground.

‘Harry often wants to have his cake and eat it too’

‘We need to foster religious inclusivity all year round’

‘Studying Britain’s past will help shape its future’

Game plan for Asians to play top-level cricket and football

Health for all: disease elimination on a warming planet