What is ‘Bomb Cyclone’, the winter storm wreaking havoc across US? 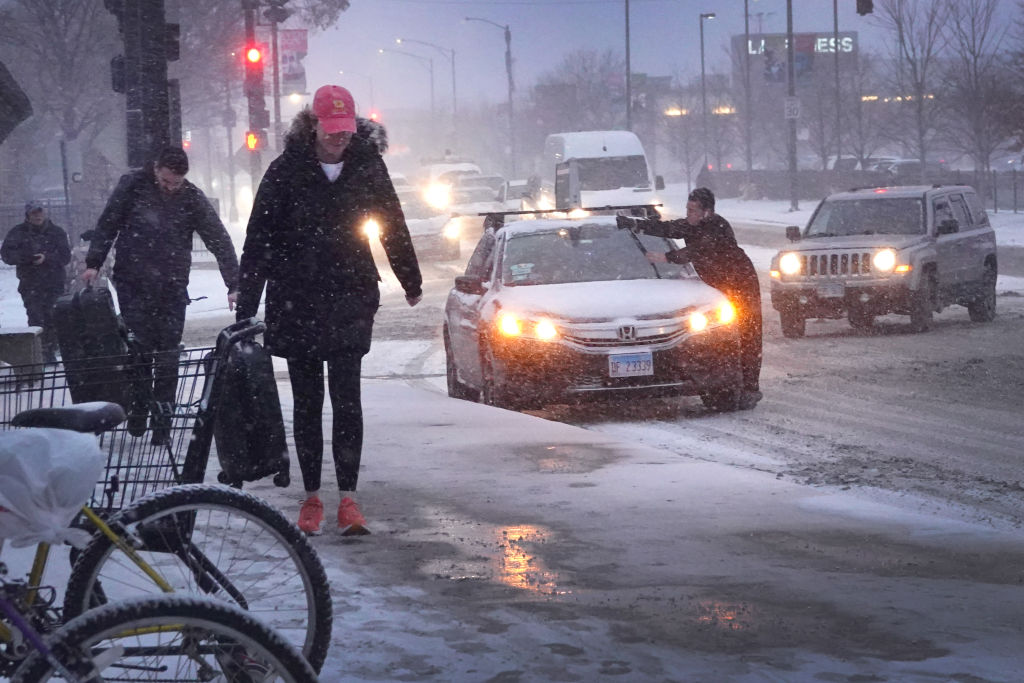 An arctic blast that has gripped much of the United States this week, disrupting daily life and holiday travel for millions of Americans, was expected to produce the coldest Christmas Eve on record in several cities from Pennsylvania to Florida.

From the Canadian to the Mexican border and coast to coast, some 240 million people in all were under winter weather warnings and advisories of some sort on Friday, according to the weather service.

The extreme cold weather is due to a phenomenon called a “bomb cyclone”.

The US National Weather Service said this “once in a generation type event” has the power to turn deadly and is already breaking cold-weather records – with temperatures falling to minus 53 degrees Celsius (minus 63 Fahrenheit) in western Canada, minus 38 in Minnesota and minus 13 in Dallas.

What is Bomb Cyclone?

A bomb cyclone, or bombogenesis, is a quickly intensifying storm that occurs when air pressure drops 20 millibars or more within 24 hours.

This usually happens when a warm air mass collides with a cold one, according to the National Oceanic and Atmospheric Administration.

This time air from the Arctic ploughed into tropical air from the Gulf of Mexico, forming a depression bringing rain and snow.

What makes this storm extraordinary is just how fast the pressure dropped — 40 millibars in 24 hours, according to meteorologist Yann Amice of analysts Weather’n’co.

“This has led to the development of extreme storm conditions near the core of the low pressure system, with particularly harsh conditions,” said Cyrille Duchesne, a meteorologist from the French Weather Channel.

The unprecedented nature of this storm comes from the intensity and extremity of its low temperatures, Duchesne said.

“That’s what makes it exceptional,” he said.

The storm has sparked a “polar vortex plunge” where a particularly cold air mass from the Arctic heads south toward the lower, warmer latitudes.

The result is a vertiginous drop in temperatures — in Denver, for example, temperatures dropped 33 degrees Celsius in barely seven hours.

Combined with blizzards and snow, the wind chill in regions like the Great Plains can make it feel like minus 55 degrees.

The US National Weather Service warned that such cold can lead to frostbite on exposed skin within a matter of minutes, hypothermia and even death if exposed to these conditions for too long.

This makes travel of any kind “dangerous” and even “impossible”, it added.

This weekend the low pressure currently hanging over the Great Plains and Midwest should move north towards Quebec, likely bringing strong winds and heavy snow before moving on to the northeastern US, which should not be quite so severely affected, Duchesne said.