We should give credit to bowlers and fielders: Harmanpreet Kaur after winning Asia Cup title 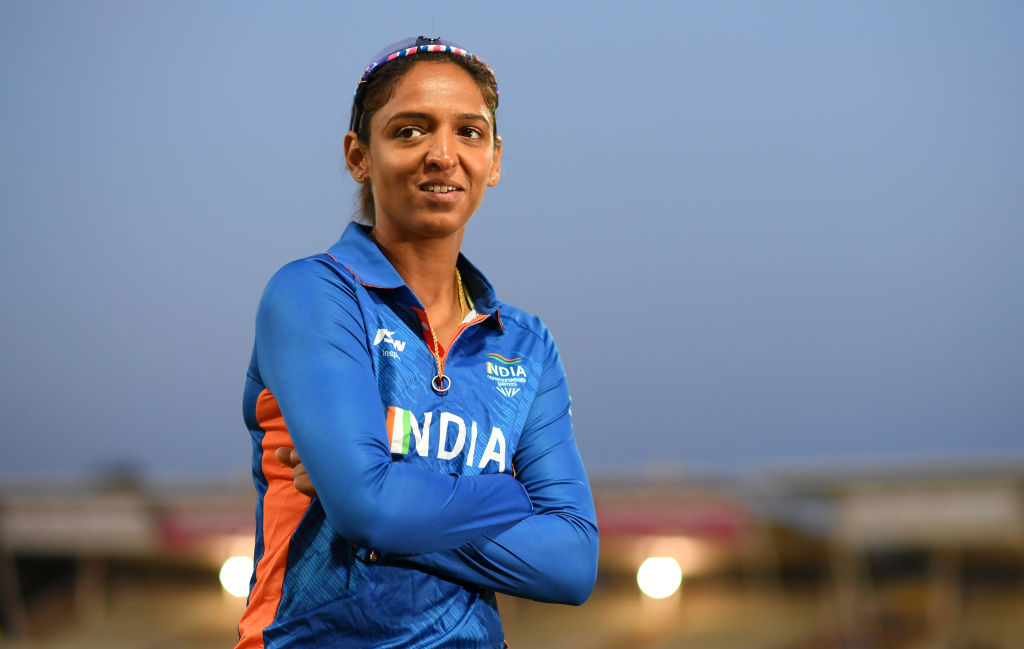 BIRMINGHAM, ENGLAND – AUGUST 03: Harmanpreet Kaur of Team India looks on following the Cricket T20 Group A match between Team India and Team Barbados on day six of the Birmingham 2022 Commonwealth Games at Edgbaston on August 03, 2022 in Birmingham, England. (Photo by Alex Davidson/Getty Images)

India captain Harmanpreet Kaur lauded her bowlers and the fielding unit after the team’s triumphant campaign in the Women’s Asia Cup, which ended with a lop-sided final against Sri Lanka on Saturday (15).

India maintained their dominance in the tournament with an eight-wicket demolition of a self-destructing Sri Lanka in the title clash for their seventh title in eight editions.

Sri Lanka, who were playing their first tournament final in 14 years, imploded after opting to bat on pitch that was slow and offered turn. They could only manage 65 for nine which India knocked off in 8.3 overs. Smriti Mandhana struck a sublime 51 not out off 25 balls.

”We should credit our bowlers. Our fielding unit was good from ball one and we discussed that we should not give away easy runs. You have to read the wicket and accordingly place the fielders in right positions,” Harmanpreet said at the presentation ceremony.

”We read the wicket well and positioned fielders accordingly. We were not looking at the scoreboard but only decided our five-over targets. We never thought about what is the total on the board and batted accordingly.”

”Very happy because the last few games I didn’t bowl well. I practiced with my coach and the staff and they really helped me get back my rhythm. ”Just focussed on my basics and got success. My whole team supported me really well and credit should go to my captain, coach and the staff,” Renuka said.

All-rounder Deepti Sharma, who gave away just seven runs in her four overs, was declared the Player of the Series. ”Really happy with the way we performed as unit from the first game till today. We executed what was discussed in the meeting. I just back my strengths and those things helped me a lot in this tournament.”

”The wickets were slow and before this tournament, I worked a lot on my batting and those sessions really helped me. This win gives us a lot of confidence going into the upcoming series as well,” Deepti said.

After an outing in which her team just didn’t turn up, Sri Lanka skipper Chamari Athapaththu expressed her disappointment, though she was happy with the bowlers.

”Tough day as a team, not a good batting display in the finals and I’m really upset today. Next we have T20 World Cup and we learned a lot of things in this tournament and as a batting unit, we have to stick with our plans. I’m really happy with my bowling unit.”

”We have a couple of young players and hope they continue their performances as a batting unit. We do not have a lot of experienced players, but they are good players and think they will play a lot of cricket in the future,” Chamari said.

The Indians bowled with discipline but poor shot selection contributed more to Sri Lanka’s steep slide. After a memorable win over Pakistan in the semifinals, it seemed the occasion got the better of Sri Lanka.