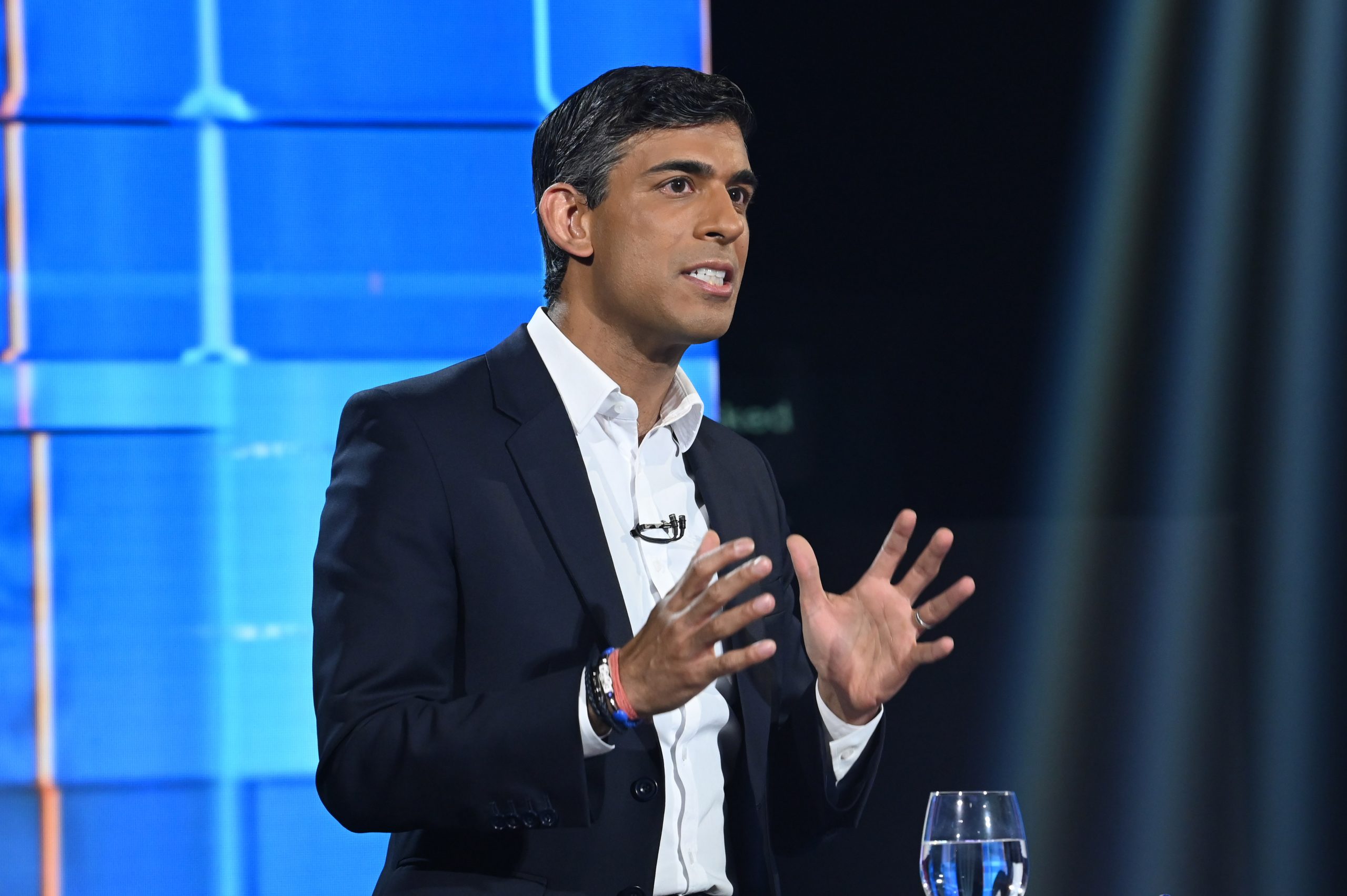 MY FAMILY and I have been staunch Tory supporters for the past 40 years.

Former chancellor Rishi Sunak is like Margaret Thatcher, willing to work hard and determined to put in the effort until he reaches the top.

He is fiscally disciplined by way of economic background and has the tools to navigate the UK through these testing times. I share his view that inflation cannot be controlled by borrowing more as this will lead to additional debt – over and above the current £400 billion which has arisen following the pandemic.

Sunak is offering a sensible way forward by controlling borrowing and refraining from tax cuts until inflation is under control and only offering tax incentives at present for companies to invest.

Liz Truss, on the other hand, is a diligent foreign secretary, but this does not mean she can become an effective prime minister.

Britain’s problems will only get worse due to increased and longer-lasting inflation if Truss’s idea of borrowing more and more is followed, without a clear strategy as to how this will create growth and keep inflation under control.

That said, there needs to be a greater realisation by both candidates (to be the next prime minister) of the cost-of-living crisis being faced by many households. There should be an additional contribution by way of an energy voucher given to all households, increased from £1,000 to £2,000 per year to assist with utility bills.

There should also be a review of tax rates. Truss has argued for this, but is lacking on specifics.

The next leader should also do something about corporation tax as we are at a stage where we need to kickstart the whole economy by inviting more foreign investment.

Sunak is targeting corporation tax cuts, while Truss is suggesting general tax cuts across the board, which bring with it the likelihood of prolonged inflation. There is some fiscal “headroom” where these measures could go some way to achieving the desired result, while we still maintain public expenditure levels.

As a leading developer, I would say that our industry needs new rules and ideas on construction, economics and energy efficiency measures when new buildings are constructed.

My advice would be to review green energy in our sector and see how homes can be built in a more energy efficient way. There are measures we are already implementing in all our current developments and future schemes.

But the biggest problem we currently have is the planning system, which I consider to be in a state of decay, similar to dry rot. There is a lack of investment and resources and this adversely affects economic growth.

I believe the next prime minister should work to allow more investment.

Second, less importance should be given to national projects and more time should be spent on maintaining law and order, tackling crime and investing in education.

Third, they need to get a better grip on immigration. Those who wish to come to the UK from overseas to work should get a three-month visa, at best. And if they wish to emigrate here we should require a £200,000 bond, which would deter asylum seekers.

Finally, Brexit was done three years ago, but both candidates should review and take advantage of all the best trade deals for the benefit of the UK.

I would relish the opportunity to discuss and meet the new prime minister and demonstrate to the government how we can revitalise the construction industry with consequential benefits for long-term growth and prosperity.

‘Calling out racism is everyone’s business’

Based on his track record, it is clear Rishi is a man with…

“Succeed or fail, Sunak will be held to a higher standard”

‘An important yet curiously understated moment in British social history’