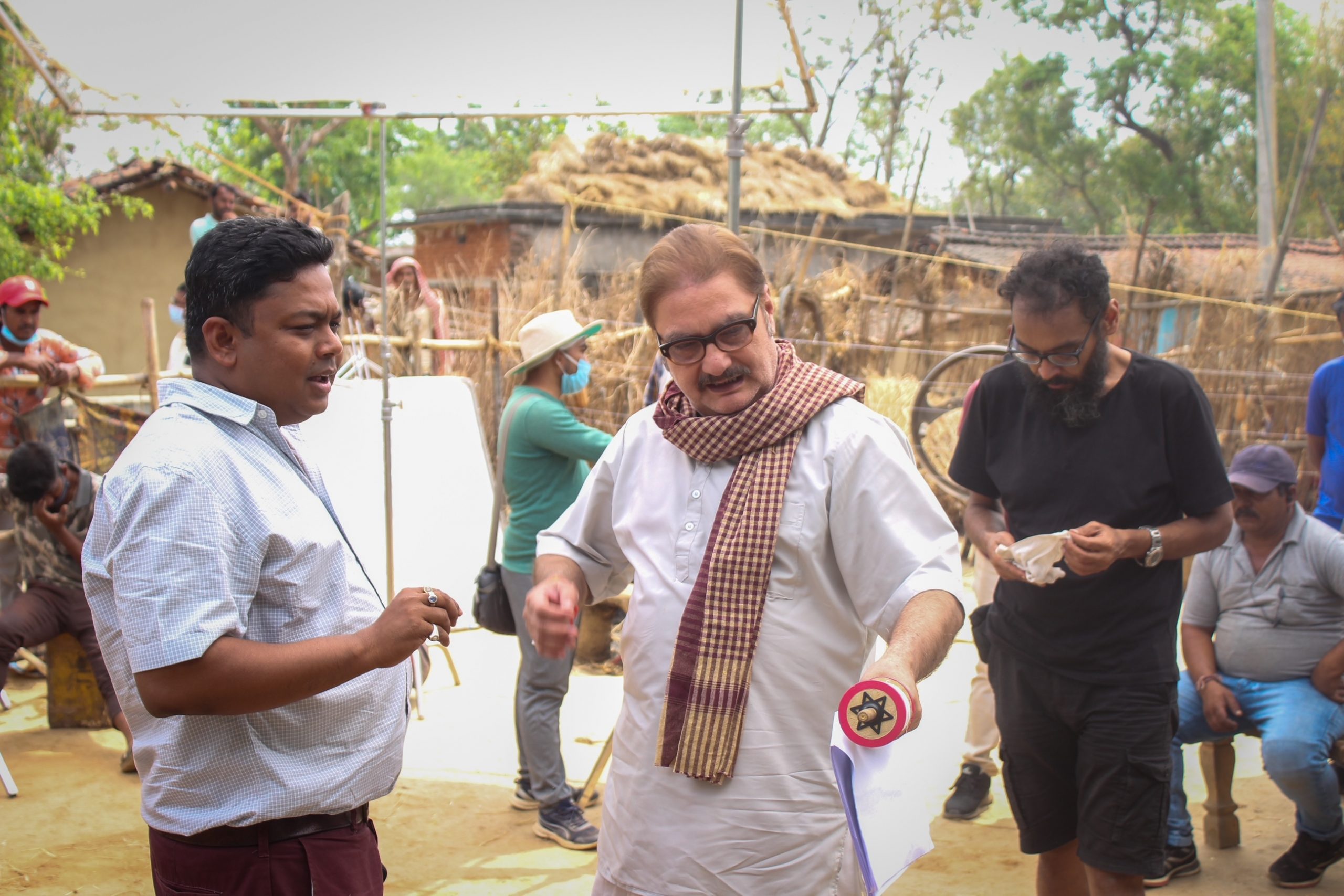 Earlier this year, filmmaker Shiladitya Bora wrapped up the shoot of his debut feature Bhagwan Bharose in Deogarh, Jharkhand.

Co-Produced by Sri Lankan Auteur filmmaker Prasanna Vithanage along with Platoon One Films, Lighthouse Innoventures and Sri Sathya Sai Arts, the upcoming film is a tender coming-of-age drama, with screenplay by Sudhakar Nilmani and Mohit Chauhan.

Talking about the film, Vinay Pathak said, “Bhagwan Bharose is a sweet and special story, and I have been fortunate enough to be a part of Shiladitya’s first directorial venture. May this be the start of his long illustrious cinema journey. I cannot wait for the film to get completed and hit the screens.”

Masumeh Makhija added, “Bhagwan Bharose is a film that explores very hard-hitting themes and has immense relevance in contemporary India. This is a project made with true passion and that passion is visible in every aspect of the film.”

Shiladitya said, “Many a time I came this close to directing my first feature but failed, and finally after a wait of close to 20 years, I wrapped up the shoot of my feature directorial debut Bhagwan Bharose. Thank you, universe, for making it happen. You need a lot of divine intervention to pull off a film independently, and I got that in abundance this time. I feel blessed that a long-cherished dream was made possible by a passionate and hardworking group of people, the best cast and crew one can have. We’re excited to put together finishing touches to the film and hope to bring it to audiences before next year-end.”