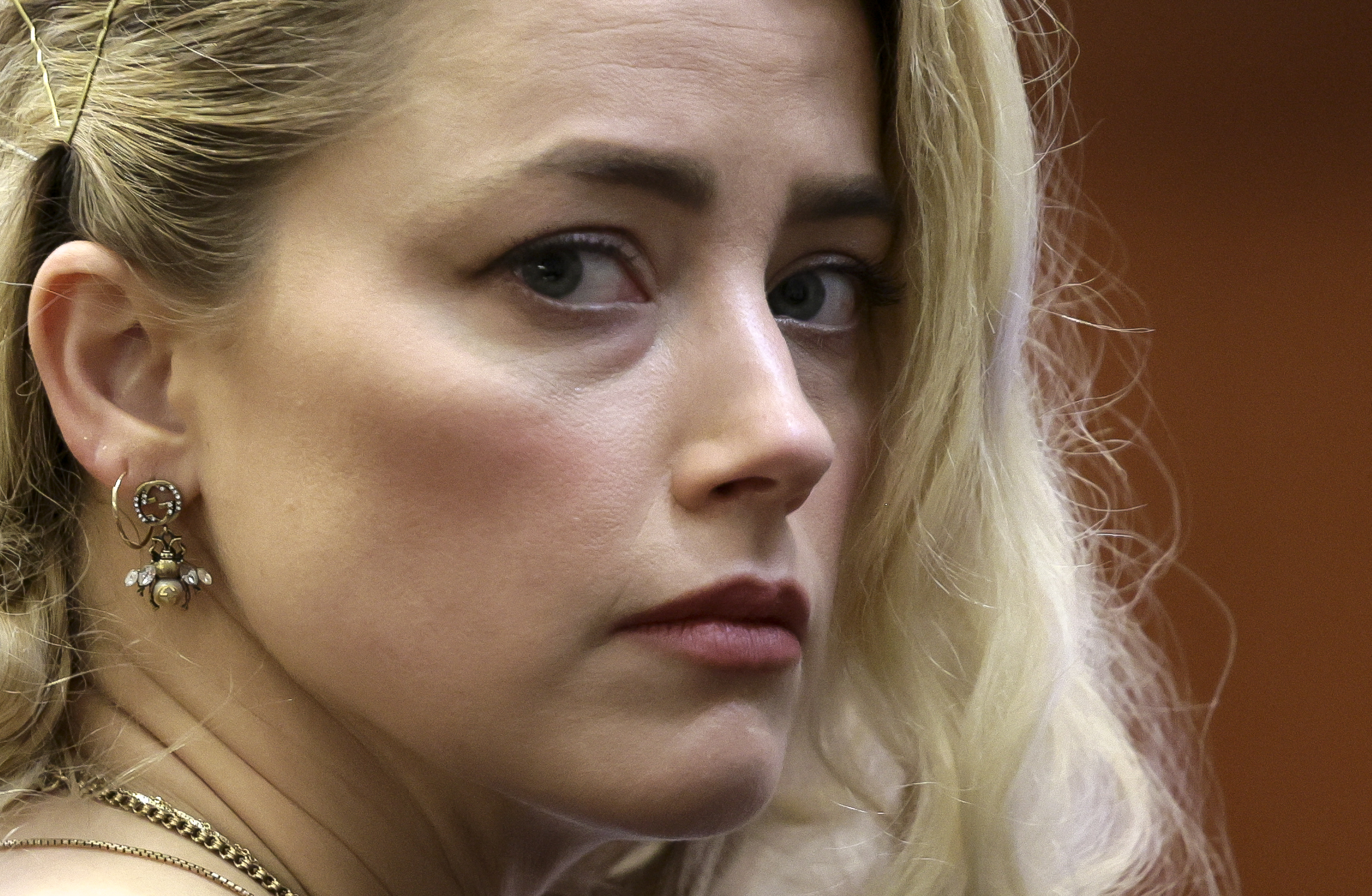 TOPSHOT – US actress Amber Heard waits before the jury announced a split verdict in favor of both Johnny Depp and Amber Heard on their claim and counter-claim in the Depp v. Heard civil defamation trial at the Fairfax County Circuit Courthouse in Fairfax, Virginia, on June 1, 2022. – A US jury on Wednesday found Johnny Depp and Amber Heard defamed each other, but sided far more strongly with the “Pirates of the Caribbean” star following an intense libel trial involving bitterly contested allegations of sexual violence and domestic abuse. (Photo by EVELYN HOCKSTEIN / POOL / AFP) (Photo by EVELYN HOCKSTEIN/POOL/AFP via Getty Images)

A Virginia judge has rejected Amber Heard’s request for a new trial in her legal battle with her ex-husband Johnny Depp and denied her claims that a juror snafu prejudiced the outcome of the case.

“Defendant does not allege Juror Fifteen’s inclusion on the jury prejudiced her in any way,” wrote Judge Penny Azcarte unequivocally Wednesday, rejecting the Aquaman star’s move to get the more than $10 million verdict for her ex-husband tossed and a new trial ordered, Deadline reported.

Heard’s lawyers had asked Judge Penney Azcarate to set aside the verdict awarding $10 million to Depp and declare a mistrial, but the judge denied the request.

“The juror was vetted, sat for the entire jury, deliberated, and reached a verdict,” the Fairfax County judge who oversaw the bitter six-week trial between the former Rum Diary co-stars. “The only evidence before this Court is that this juror and all jurors followed their oaths, the Court’s instructions, and orders. This Court is bound by the competent decision of the jury,” Deadline reported.

The new filing comes just a week after Heard’s legal team asked a judge to toss out the USD 10.35 million judgment made in favor of Johnny Depp, arguing that it wasn’t supported by the evidence.

Following the six-week trial in Fairfax County, Virginia, a seven-person jury reached a verdict on June 1, deciding that Depp, proved that Heard defamed him in the 2018 op-ed, in which she described herself as a “public figure representing domestic abuse.” Depp has maintained that he never assaulted Heard and claimed she physically harmed him.

The jury awarded Depp USD 15 million in damages but Heard will only have to pay USD 10.35 million due to a Virginia law limiting punitive damages (the judge reduced the amount). In her countersuit, Heard won one of the three defamation counts and was awarded USD 2 million in damages, as per People magazine.