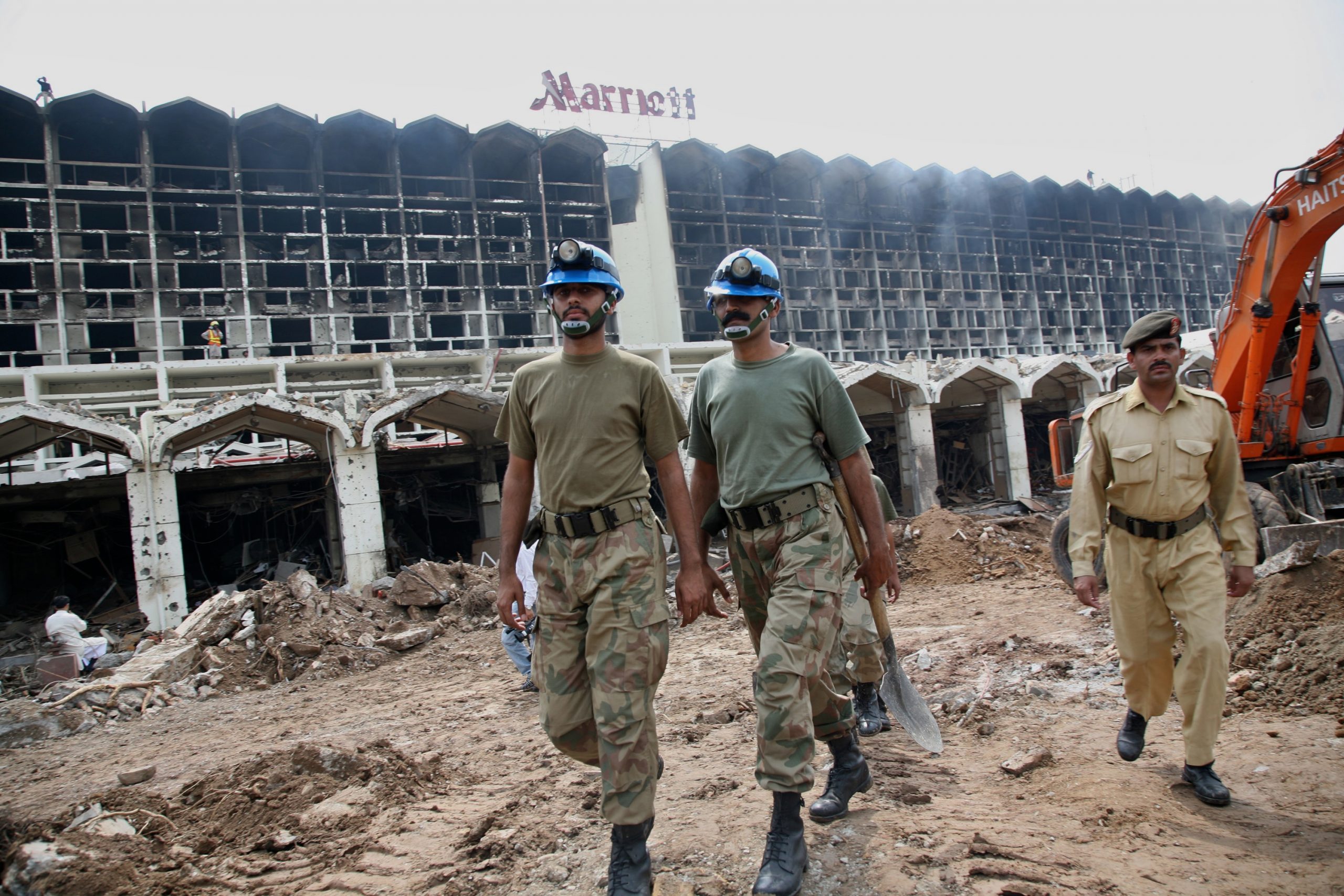 The US embassy in Pakistan has warned about a possible terrorist attack against American citizens at the Marriott Hotel here in the country’s capital and prohibited American staff from visiting the five-star facility, an official statement said. The statement was issued by the embassy on Sunday, two days after a suicide bombing in Islamabad killed a policeman.

“The US government is aware of information that unknown individuals are possibly plotting to attack Americans at the Marriott Hotel in Islamabad sometime during the holidays,” it said.

“Effective immediately, the Embassy in Islamabad is prohibiting all American staff from visiting Islamabad’s Marriott Hotel,” the statement said.

The embassy also directed that as Islamabad has been placed on a ‘Red Alert’ citing security concerns while banning all public gatherings, all mission personnel have been urged to refrain from non-essential and unofficial travel in the capital throughout the holiday season. It asked the US nationals to exercise vigilance at events and places of worship, and avoid locations with large crowds while reviewing personal security plans. The advisory comes after the latest attack in Islamabad and an uptick in countryside attacks by the banned Tehreek-e-Taliban Pakistan (TTP) terror group.

The TTP has stepped up attacks on security forces since November, when they ended a months-long cease-fire with the Pakistan government. One police officer and two suspected militants, including a woman of the dreaded Pakistani Taliban outfit, were killed in the suicide attack here on December 23, prompting authorities in Pakistan to issue a “red alert” across the federal capital. According to national data, Pakistan has recorded 420 terrorist attacks since August 2021 when the Taliban took over Afghanistan. In the last three months alone, the TTP has claimed responsibility for 141 attacks.

At least 54 people were killed and several others injured when a dumper truck laden with explosives was detonated in front of the Marriott Hotel in Islamabad’s red zone area on September 20, 2008.