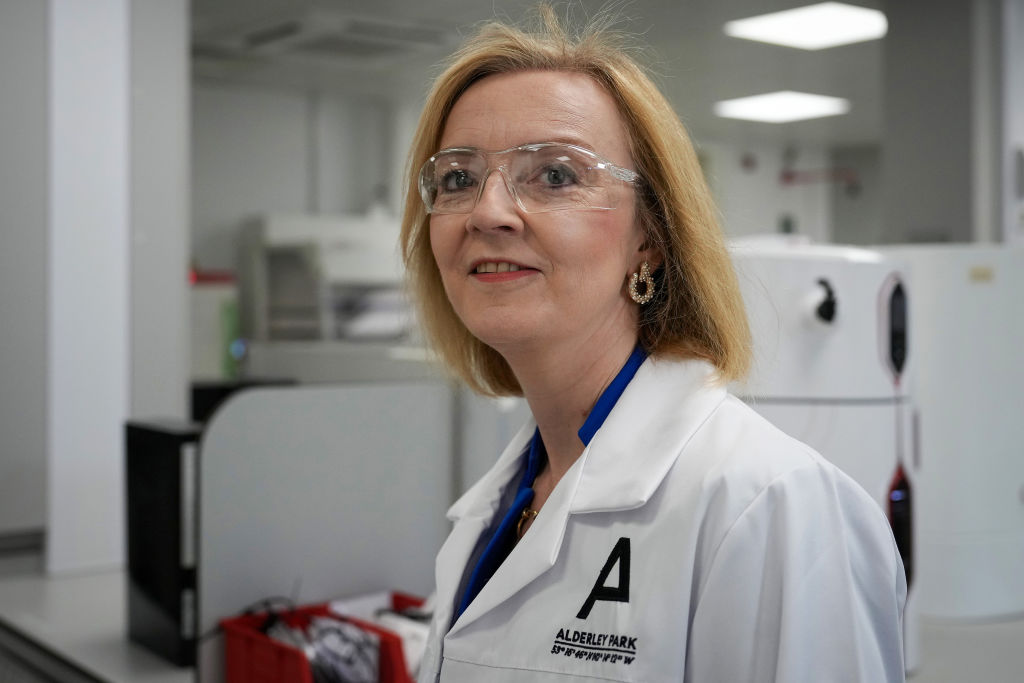 MANCHESTER, ENGLAND – AUGUST 10: Conservative Leadership hopeful Liz Truss speaks to scientists during a campaign visit to a life sciences laboratory at Alderley Park, Alderley Edge, on August 10, 2022 in Manchester, England. Truss is vying to be Conservative Party leader – and therefore the next Prime Minister – in a contest that concludes early next month. (Photo by Christopher Furlong/Getty Images)

British leadership candidate Liz Truss, the front-runner to become prime minister next month, said energy giants should be held to account, but that profits should not be seen as either dirty or evil.

“Of course, the energy giants, if they’re in an oligopoly should be held to account and I would make sure they’re rigorously held to account,” Truss told an event for Conservative Party members, who are voting over the next few weeks to decide the country’s next leader.

“But, the way we bandy the word around ‘profit’ as if it’s something that’s dirty and evil, we shouldn’t be doing that as Conservatives.”