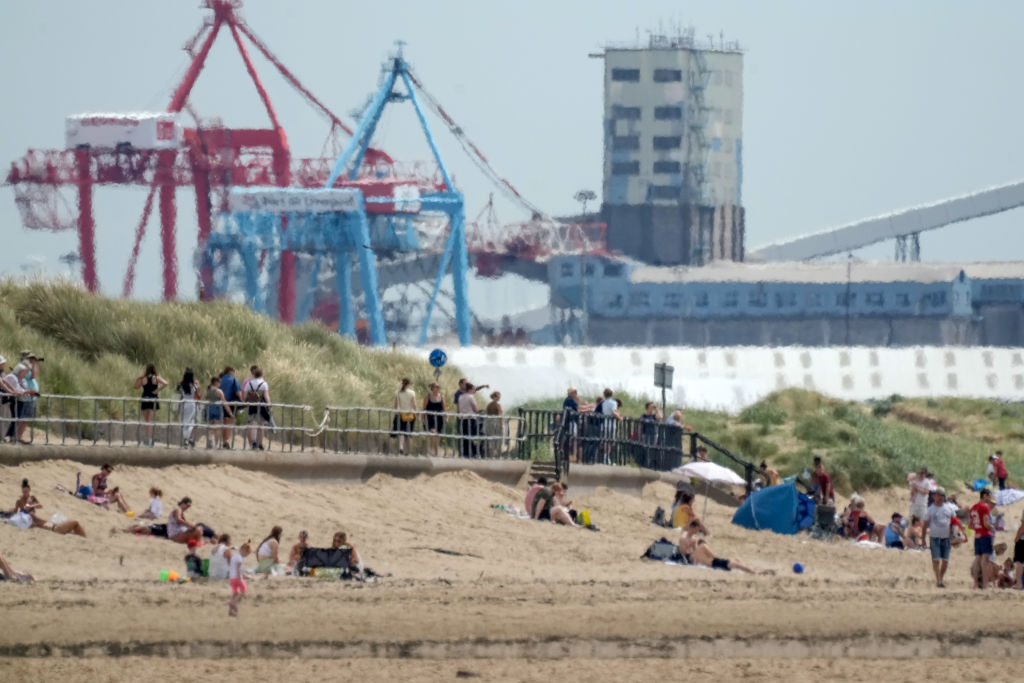 LIVERPOOL, UNITED KINGDOM – JULY 11: A heat haze shimmers over Crosby Beach as people relax in the warm weather on July 11, 2022 in Liverpool, United Kingdom. Britain will experience a heatwave this week as temperatures in some parts are expected to reach 30c. A level 2 heat health wave has been issued of the south and eastenr parts of England. (Photo by Christopher Furlong/Getty Images)

The Met Office said there was a 50-per cent chance of temperatures topping 40°C (104 degrees Fahrenheit) for the first time on Monday or Tuesday, and an 80-per cent chance that the country’s previous record of 38.7°C set in 2019 will be exceeded.

“This is likely to lead to widespread impacts on people and infrastructure. This level of heat can have adverse health effects.”

A red warning is issued when it is “very likely that there will be a risk to life, with substantial disruption to travel, energy supplies and possibly widespread damage to property and infrastructure”.

The warning will cover next Monday and Tuesday for parts of central, northern, eastern and southeastern England.

The service said that while “extreme heat events do occur within natural climate variation”, their increase in recent decades “is clearly linked to the observed warming of the planet and can be attributed to human activity”.

UK hospitals have already warned of a surge in heat-related admissions and train operators have told passengers to expect cancellations.