UK, India need each other now more than ever: Boris Johnson 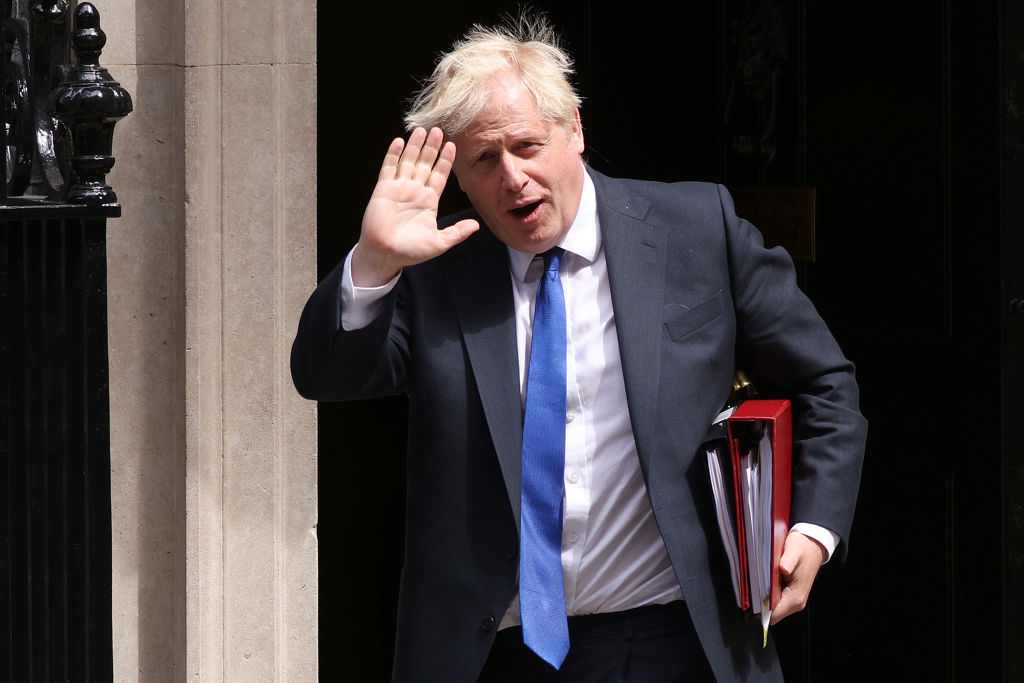 Ties between the United Kingdom and India will remain on a “phenomenal upward trajectory” under Indian-origin UK Prime Minister Rishi Sunak, that country’s former premier Boris Johnson said on Saturday.

The two countries need each other now more than ever as “we live in dangerous and turbulent times”, he said.

Johnson also called on the two countries to finalise a free trade agreement, saying he could not wait till next Diwali for it.

“No mission that I have led has been as successful as the one in April this year when I arrived in Gujarat and was greeted like Sachin Tendulkar. There were pictures of me everywhere and literally thousands of people dancing on the streets,” Johnson said in his address at the Hindustan Times Leadership Summit in New Delhi.

Noting that Prime Minister Narendra Modi and he had discussed the future of India-UK partnership during his India visit, Johnson said they had “fantastic talks” and there have been results.

“India has become the number one supplier of overseas students to the UK. There are 1,08,000 Indian students in the UK to support our education industry,” he said.

The former British prime minister pointed out that even without a free trade agreement, the two countries have seen bilateral trade go up by 28 per cent.

“Let us finally deliver that free trade agreement which mysteriously seems to have developed a flat tyre since I left office. Prime Minister Modi and I said it will be done by Diwali. I’m not going to wait till the next Diwali before we do that free trade deal. I wonder what the holdup is,” Johnson said.

“The government that I was proud to lead boasted more ministers who could trace their origins to India than any other government in the world. The crowning achievement of my approach is that my replacement himself is of Indian-origin,” he said.

Last month, Rishi Sunak was installed as Britain’s first Indian-origin prime minister after the brief tenure of Liz Truss, who had taken over after Johnson quit as the prime minister.

“I know that under Rishi, this relationship, so strong and so dynamic, is going to follow the same phenomenal upward trajectory. We need each other now more than ever because, as PM Modi and his external affairs minister S Jaishankar had said, we live in dangerous and turbulent times,” Johnson said.

“Even if the UK and India were not drawn together by ties of love, sentiments, family, by trade, commerce…if we were not tied together by economic self-interest, we would be drawn together for this fervor and vital reason that we two democracies are forced to cope together with the irresponsible and sometimes dangerous behaviour of the world’s coercive autocracies,” he added.

Hitting out at Putin, Johnson made three predictions. “Putin will lose and deservedly so…Putin will be beaten by simple heroism of love and country by the people of Ukraine,” he said.

Asserting that the conflict was a “disastrous advertisement” for Putin’s “war machine”, he said Russia’s exports of military equipment will be badly affected.

This disastrous miscalculation by Putin will severely weaken Russia and greatly strengthen China, he predicted.

“The bear is looking increasingly forlorn and pushed around by a giant, assertive Kung Fu Panda,” he said.

The former British prime minister also hailed the India-UK collaboration in providing vaccines against Covid to the world and compared the successful handling of the pandemic in democracies like the UK and India to that of “autocracies” such as China.