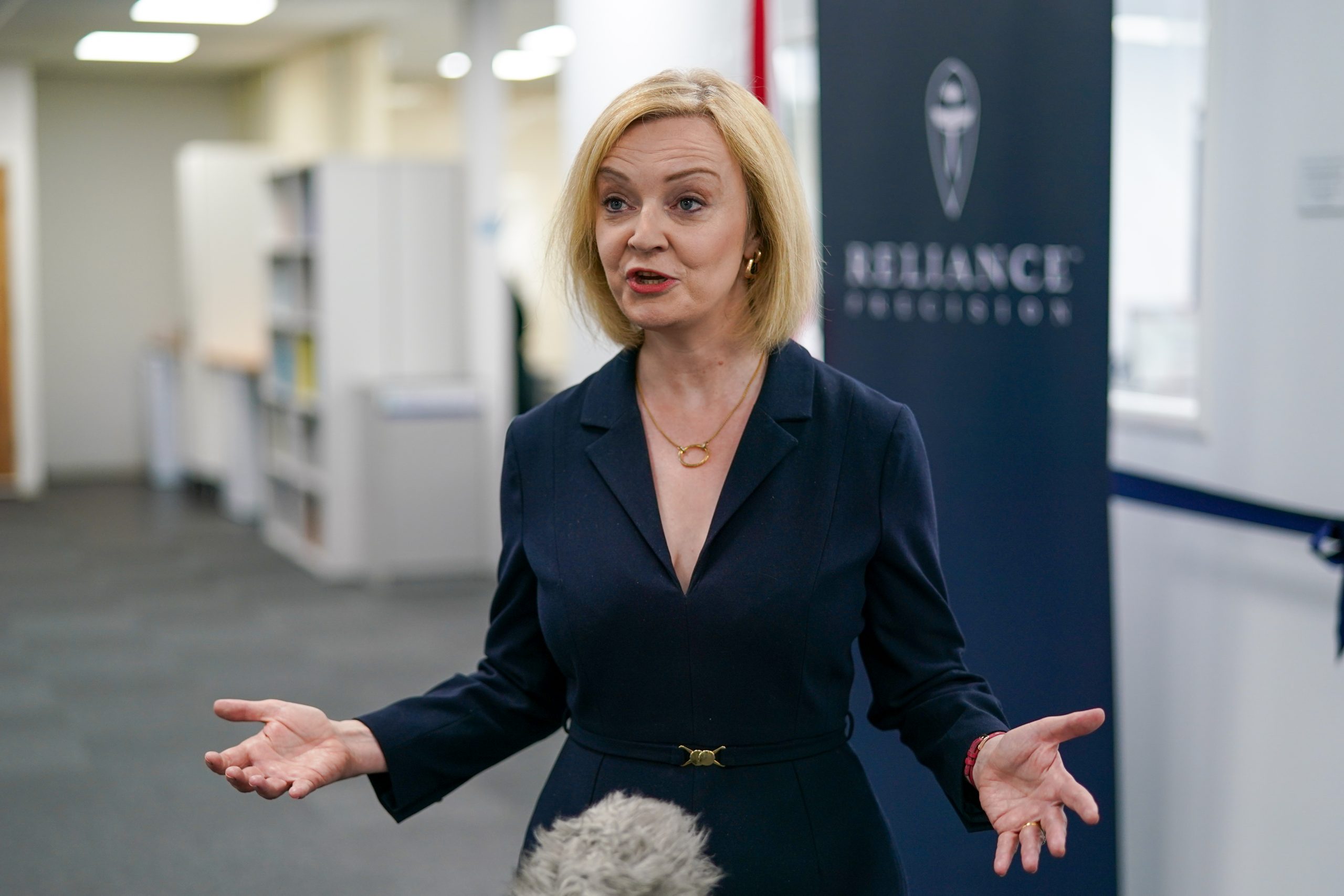 WE ARE currently at a critical juncture for our country, living through arguably some of the most difficult challenges we have faced for a generation.

There was great hope as we emerged from the tragic consequences of the pandemic, yet in February, a dark shadow was cast across our continent as we witnessed the sinister images of Russian tanks rolling across the sovereign border of Ukraine.

Seven months on, this is not just a war between two nations or indeed a war impacting the continent of Europe, but now a conflict which is engulfing the world.

The war has compounded the cost-of-living crisis, whether it’s through our energy bills, at the petrol pump, or in the supermarket.

At such a crucial time for our nation and indeed the world, we need a prime minister who not only has the vision to guide us through these challenges, but also has the bold plan to effect change, make tough decisions, and most importantly for me, the experience to deliver it.

Liz Truss is that leader. She cares about people. She understands that the government needs to act decisively today to help people. That’s why she’s committed to allowing us to keep more of our hard-earned income through tax cuts, to ease our burden by reducing energy bills, and give us choice in our daily lives.

She also believes in supporting small businesses, the lifeblood of our local economies, improving their chances to survive and building future growth and prosperity.

Liz and I joined David Cameron’s government more than 10 years ago. We have worked together on many projects since then.

Most recently, I have seen her leadership on the international stage. I’ve seen first hand the impact she has had on breaking through barriers, pushing through negotiations, and striking new ambitious trade deals. A cheerleader for our United Kingdom, Liz didn’t just present the strength of our new bold, post-Brexit offer, but also inspired creative thinking and invested in relationships to make things happen.

These qualities shone through when she was appointed as foreign secretary by prime minister Boris Johnson.

He recognised that we needed someone with experience across government who had the energy, leadership and track record to forge transformational relationships as our chief diplomat around the world. That’s why I described Liz as a “breath of fresh air”.

She values experience, she listens, and she takes great care to engage. In my first meeting with her, she told me, ‘Tariq, with your experience, there’s nothing I can tell you about the job that you don’t already know – just keep me posted and crack on.’

My meetings with her have always been focused and action orientated. I know she’ll take this action-led approach to Number 10.

Working side by side with Liz, I’ve witnessed her passion and compassion at work, through her personal oversight and true determination in landing the release of British detainees.

I’ve seen her make important calls in refocusing funds and support for the education of girls, standing up for vulnerable communities in Afghanistan, for the long-suffering people of Yemen and the plight of the Rohingya community, so brutally persecuted in Myanmar.

I’ve experienced her charm and humour in fostering new friendships across countries, which will be crucial in delivering her plan to build an international alliance of liberty, democracy, and freedom around the world.

At a time of crisis, at a time of war, I have also experienced her serious and focused approach on addressing divisions, confronting aggressors, and standing up for our friends and partners.

She is committed to delivery and taking bold action, so when existing legislative frameworks could not deliver on sanctions, she did not take no for an answer – she changed the legislation.

Just as we face phenomenal challenges abroad, these are also difficult times for us at home.

I believe we need a leader who has the skills and a solid track record to bring unity and deliver for us all, harnessing the potential of the diverse communities across our incredible country and going for growth.

I trust in Liz to do just that. I’ve worked with Liz, I know Liz, and that’s why I believe she has what it takes to be the next prime minister of our United Kingdom.

Baroness Sandip Verma: ‘There should be no place for mob behaviour in Leicester’

Barry Gardiner: ‘We must not allow identity politics to create divisions’

Monarchy can be more relevant than ever in a changing Britain

What to do now? The question for Rishi Sunak and PM Liz Truss

‘We must focus on action while talking about race’

‘New prime minister will need a global outlook too’