‘Tired and fed up’: UK nurses driven to join other striking staff in two December walkouts 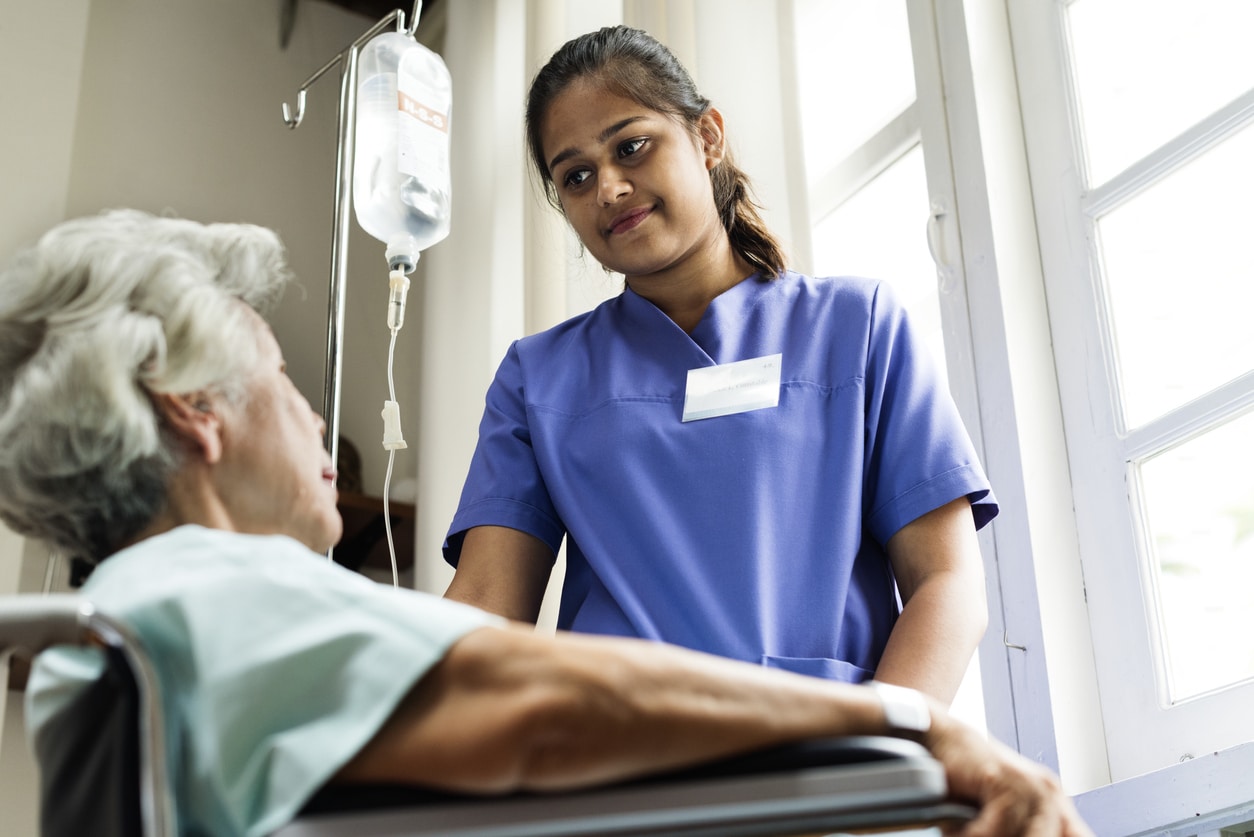 An elderly patient at the hospital

“We’re tired. We’re fed up. We need a pay rise now to make a living,” said Ameera, a senior nurse in a London hospital who is going on strike.

Dates for the nursing’s first strike in 106 years were announced on Friday, as union leaders and health workers blamed overwork, staff shortages, low pay and the cost-of-living crisis.

“We have not chosen industrial action lightly,” said Ameera, who asked not to have her full name used. “We have tried to negotiate, but we can’t settle this in any other manner.”

Doctors and nurses were lauded by the public and politicians for their efforts during the Covid crisis. But some of them paid the ultimate price, said Ameera.

“I had a few of my colleagues that passed away from Covid,” Ameera told AFP.

“They have families and they gave their life to working for the NHS, and for what? Just for the government and the world clapping for us?”

Overwork, stress and shrinking real-term wages — already a problem even before Covid — have driven morale among nurses to rock bottom, she said.

“There was a solid three months during the pandemic where I worked night shifts,” said Ameera.

“It traumatised me so much that I actually remember I didn’t see any daylight at all.”

Ameera took time off for stress, returning as a non-contracted nurse who could choose her hours. That meant sacrificing benefits such as annual leave and a pension.

Other disillusioned nurses simply left and never returned, leaving a staffing void that has yet to be filled.

Some nurses are leaving to join agencies, where they are drafted back in to cover shifts at much higher wages, she added.

The staff shortage and the strain of clearing the pandemic backlog have meant there has been no let up, with nurses still dangerously overworked, warned Ameera.

Nurses are meant to look after four patients per shift, but are sometimes being asked to care for double that number in punishing alternating day and night shifts that take a cumulative toll on body clocks, she said.

“In our three years of training, we’re taught to give the best of care, really keep an eye on your patients.

“You can’t do that if you’re looking after more patients… We’ve only got one pair of eyes,” she added.

Nurses are contracted to work three 12.5-hour shifts per week, but some are taking on extra shifts to make more money.

“In every single corner in the NHS, you will never find a nurse that comes on time and leaves on time,” she said.

“The little rests that you get on the wards, the fact that you don’t even get a glass of water, that you cannot even go to the toilet.

“You don’t have a minute to yourself because there is someone who is calling your name or a bell here, an emergency bell there, and there’s just not enough respite.”

Far from being rewarded for their efforts, the cost-of-living crisis has meant nurses have had to take a real-term pay cut estimated at up to 20 percent since 2010.

“It’s very difficult for nurses to work and live here in the UK, London or not … nurses aren’t really able to afford their mortgages,” she said.

“I have no idea what to do what my colleagues are going to do. They’re really struggling to feed their families. They’re having to use food banks.”

As a result, Ameera decided to strike, although she accepted that some of her colleagues were against taking action, fearing it would impact patient safety.

“I can understand, but there is an emergency cover that would be put in place,” she said.

“It is the UK government that has been compromising patient safety by not improving the nurses’ pay. This is why people are leaving.”

More than 10,000 people in UK given defective knee implants