‘This too shall pass’, Babar Azam backs Virat Kohli as he fails to score big against England 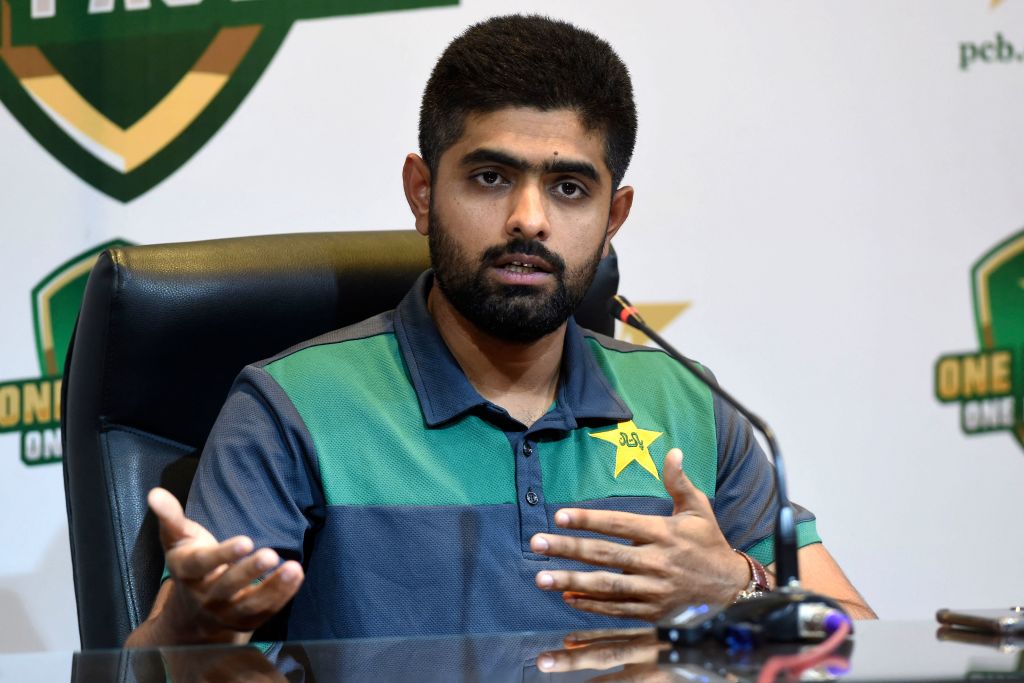 Pakistan’s cricket captain Babar Azam addresses a press conference in Lahore on July 4, 2022, ahead of the team’s tour to Sri Lanka. (Photo by Arif ALI / AFP) (Photo by ARIF ALI/AFP via Getty Images)

Pakistan captain Babar Azam has come out in support of star Indian batter Virat Kohli after the latter’s dip in form.

Babar took to his Twitter and wrote, “This too shall pass. Stay strong. #ViratKohli,” along with a photo of him and Kohli. After missing the first ODI against England with a groin injury, Kohli made just 16 in the second match, which India lost by 100 runs at Lord’s.

India’s T20I squad to take on the West Indies is also missing his name, with Jasprit Bumrah and Yuzvendra Chahal rested for the same tour.

With a T20 World Cup around the corner and World Test Championship points needed to keep up in a race for next year’s final, Kohli’s place in the team is being debated by fans and former legends. However, he has the support of Babar Azam.

Making international centuries in recent series against Australia and the West Indies, as well as a T20I half-century against Australia in Lahore last month, Babar is top of the list in the ICC batting rankings for both ODI and T20Is, and fourth in Test cricket.
Earlier in the week, Kohli also found support from captain Rohit Sharma, who stood up for his teammate ahead of the England ODIs.

“When someone is scoring consistently for so long, we can’t overlook his contribution if he is not scoring in one or two series or in one or two years,” ICC quoted Rohit as saying.

“We know the importance of Virat Kohli. The experts have got all the right to talk about it but for us, these things don’t matter,” he added.