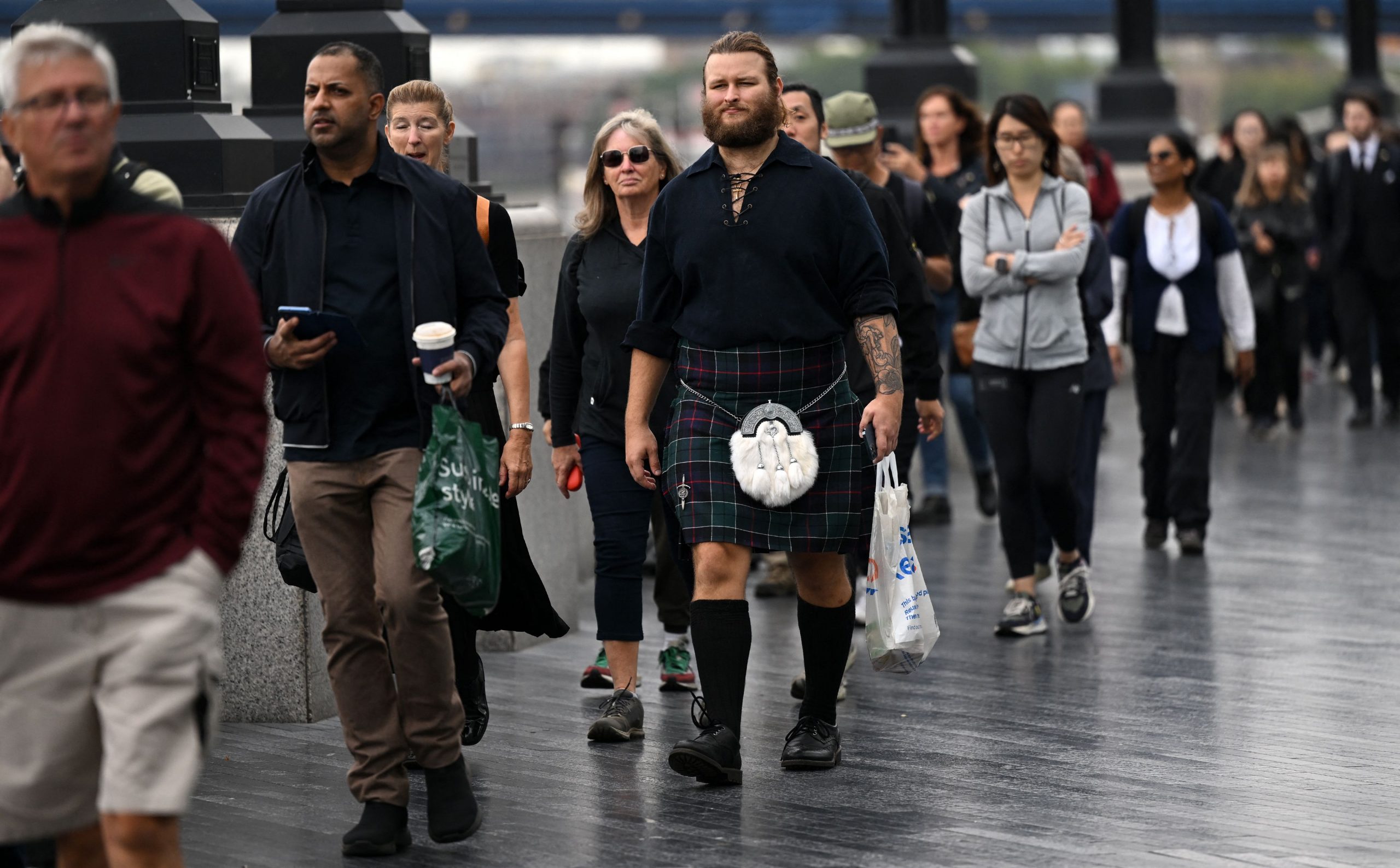 IF this was the end of an era – the Elizabethan age – what an ending it was. The scale of global attention for the Queen’s funeral renewed the sense that nobody does tradition quite like the British. It was broadcast magnificently too. Sweeping shots of Westminster Abbey combined with a merciful absence of commentary, after 12 days of sober mourning talk had left almost nothing left unsaid.

The Queue filled the vacuum as the public turned our most cherished national cliche into a tribute fit for a Queen. Vanessa Nathakumaran, 56, from Harrow via Sri Lanka many decades ago, was the very first to queue. I admired those who stoically endured the 12-hour shuffle for the sublime silence in Westminster Hall to end their secular pilgrimage. I did not queue myself: my ten-year-old declared herself pro-Monarchy (unlike her teenage siblings) and said she would have been willing to queue for up to three hours, but not longer.

If the Queue was the very best of British for many, it was unfathomably eccentric or excessively deferential for others. Broadcasters could risk conflating several hundred thousand who took part with “the public”. Coverage accurately reflected broad goodwill for the new King, but exaggerated the scale of blanket consensus. Our system acclaims a new Head of State, by automatic hereditary succession, at a moment of death, grief and mourning. It would be impossible to strike these balances without upsetting somebody. I understand why the BBC took no risks. Having reminded conservative audiences of the value on great occasions of state of our broadcasting traditions too may be of long-term benefit.

But it is possible to project too much unity – and so fall short of how to cover a constitutional monarchy in our liberal democracy. Two-thirds of people want the monarchy to continue. Republicans should accept it is a democratically legitimate institution, while they can only convince a fifth or a quarter of people of their case. But this argument depends on giving a fairer share of voice to that sizeable minority too. The police had to be reminded that “Not My King” is free speech. Disrespect is not disorder. We need to show this year and next how we can disagree better about the monarchy’s constitutional role.

That matters for making the coronation year a shared national moment. That will be a happy sequel to this week’s solemn events for the pro-monarchy majority.

But the Coronation activities should aim to reach more than two-thirds of people, so should be ambitious about breaking through to invite fence-sitters, even critics, to engage in the national occasion too.

Let us hear more efforts to engage, respectfully, with different views of why monarchy matters, how its civic role might evolve, and with alternative Republican visions for the symbolism and substance of the British state too. That could promote some constructive reforms. It would help to square this circle of the democratic legitimacy of a constitutional monarchy. Local events can celebrate our many connections. The 75th anniversary of the NHS and the Windrush remind us of our journey to get here. Heritage and culture, sport and voluntary Britain can all help us to connect and imagine this new era.

The King recognises his constitutional role is fixed, but he may reinvent the monarchy’s civic mission. His first big idea is his duty to protect Britain’s diversity. Seeing Britain as a “community of communities”, Charles III emphasises too that a collective commitment to “freedom of conscience, generosity of spirit and care for others” are essential to make diversity work.

Disturbing clashes in Leicester show why that common ground matters. Over several weeks, angry young men have seized on cricket results, south Asian politics and inter-faith tensions to stir “them and us” clashes. Social media now contains two parallel victimhood narratives. Thuggish factions deploy the old tactic of claiming to be counter-extremists needed to “protect” their community through vigilante action. Deplorable real incidents – a march to intimidate Muslims; a flag pulled down outside a Hindu temple – are mixed with exaggeration, rumour and myth to push simplistic narratives where only Hindu, Muslim or Sikh grievances count. Outside agitators stir things up too. Anyone claiming all the thuggish behaviour has only come from any one direction now contributes much more to problems than solutions.

Unlike outside voices, Leicester’s civic leaders, Hindu temples and Muslim mosques recognise their shared responsibility to put the pieces back together. Dilwar Hussain of New Horizons in British Islam, a Leicester resident for 23 years, says Leicester’s bridgers must step up together. “We earned this city’s reputation for good relations. The rest of the country had looked to Leicester. We need to act together to defend the values we share” he says.

A duty to protect diversity must champion the common citizenship that can defuse competing grievances.

‘Calling out racism is everyone’s business’

Based on his track record, it is clear Rishi is a man with…

“Succeed or fail, Sunak will be held to a higher standard”