The hunger for gold will continue: Neeraj Chopra after winning silver in World Athletics C’ship 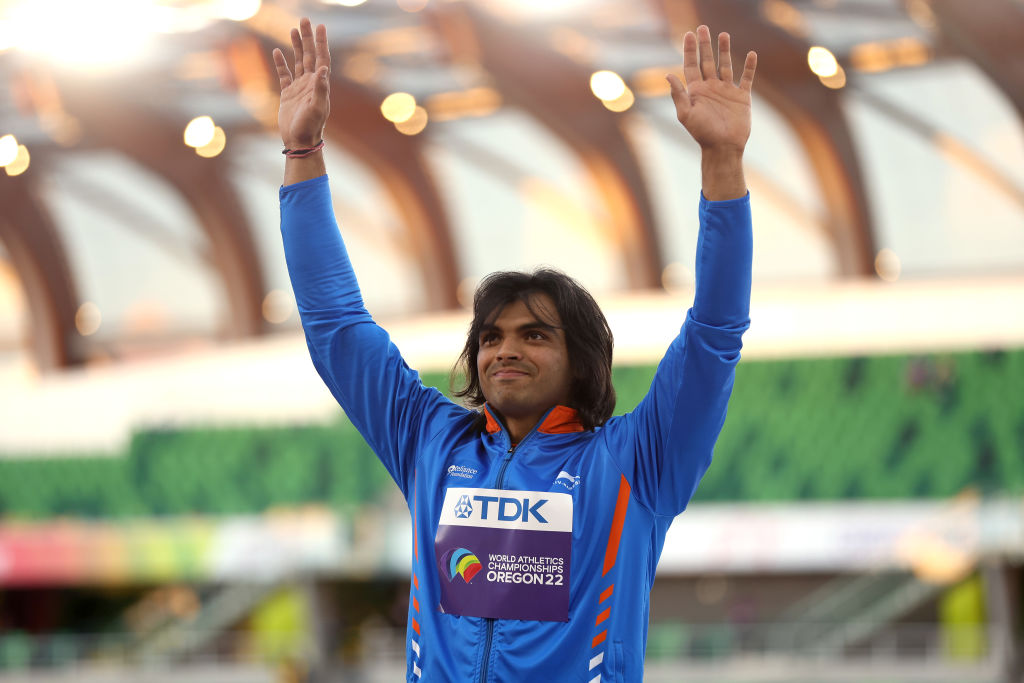 NEERAJ CHOPRA on Sunday (24) expressed delight after winning a historic silver at the World Athletics Championships in Oregon and said that he will try to change the colour of the medal and the hunger for gold will continue.

Neeraj recorded a distance of 88.13m in his fourth attempt in the men’s javelin throw final and secured the second position.

“The competition was tough, competitors were throwing on good average, it became challenging. I learned a lot today. The hunger for gold will continue. But I have to believe we cannot get gold each time. I will do what I can, focus and concentrate on my training,” Neeraj Chopra said in a press conference after winning the silver medal.

“While conditions were not good and the wind speed was too high, I was confident I would perform well. I am satisfied with the result, I am happy I was able to win a medal for my country,” he added.
Talking about the competition Neeraj said that he learned a lot in the final of the Javelin throw and that he will try to change the colour of the medal next time.

“I didn’t feel pressured by the fact that I am an Olympic champion. I believed in myself even after the third throw. I made a comeback & won silver, it felt good. I would try to change the colour of the medal next time,” said Neeraj.

The Olympic medalist started the proceedings with a foul throw, which was followed by 82.39m and 86.37m. It was finally in the fourth attempt when he recorded the distance of 88.13m, which put him in contention for the silver medal.

The last two attempts by Neeraj went foul throws, and thus, he ended up in the second position. The first position was held by defending champion Anderson Peters of Grenada, who recorded a distance of 90.54m.

Neeraj also became India’s first ever track and field athlete to take the silver medal in the World Championships, and second to bag a podium finish after the legendary long jumper Anju Bobby George had finished third in the Paris Worlds in 2003.

On the other hand, World Championships debutant Rohit Yadav finished at the 10th position after making attempts of 78.72m, 78.05m and 77.95m.

Daley condemns homophobia across Commonwealth nations ahead of Games