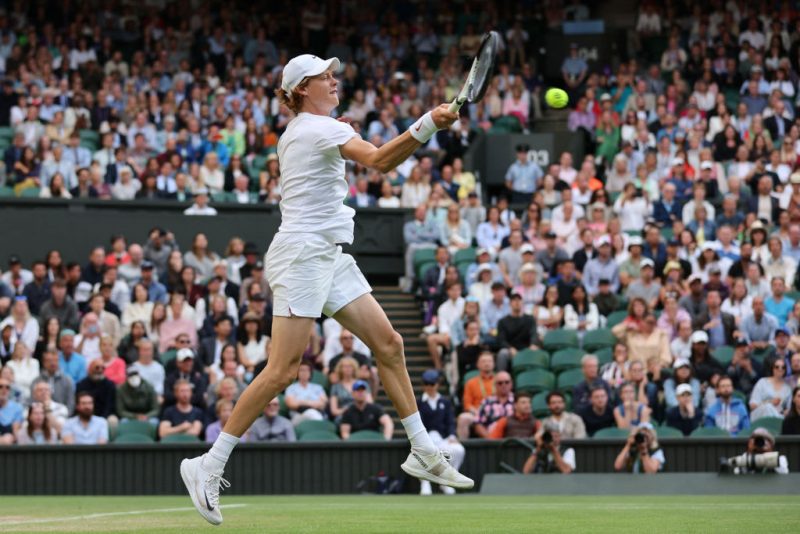 Jannik Sinner and Carlos Alcaraz showed on Sunday that men’s tennis will be in good hands when the ‘Big Three’ finally step aside and the young guns hoped their thrilling fourth-round clash at Wimbledon marks the start of a Grand Slam rivalry.

Italian 20-year-old Sinner reached the quarter-finals at Wimbledon for the first time with a 6-1 6-4 6-7(8) 6-3 win over 19-year-old Alcaraz as the two youngest players left in the men’s draw gave Centre Court a glimpse of the future.

When asked if the two friends could share a rivalry akin to greats Roger Federer and Rafa Nadal, Sinner said: “Hopefully, this is going to be the case … I think what we showed today, it’s a great level of tennis, great attitude from both of us.

“I think it’s just great for tennis to have some new names, new players,” added the world number 13, who will face reigning champion Novak Djokovic, the other member of the ‘Big Three’, for a place in the semi-finals.

Sinner said he hoped future meetings with Alcaraz would be in the Grand Slam finals.

“Unfortunately we had to play in the last 16 already … Today, I went out on top. Maybe next time it will be different.”

Alcaraz, ranked seventh in the world, lost seven games in a row from 1-1 in the opening set and said he struggled to handle the occasion.

“I start really nervous, playing on Centre Court is not easy for me. Jannik could handle it better than me, the nerves and the pressure,” Alcaraz said. “But I felt really well here at Wimbledon.

“He’s going to be at the top for many years. I hope to have a good rivalry with him.”