Shocking! About 65% of calories in average UK school meals come from ultra-processed foods 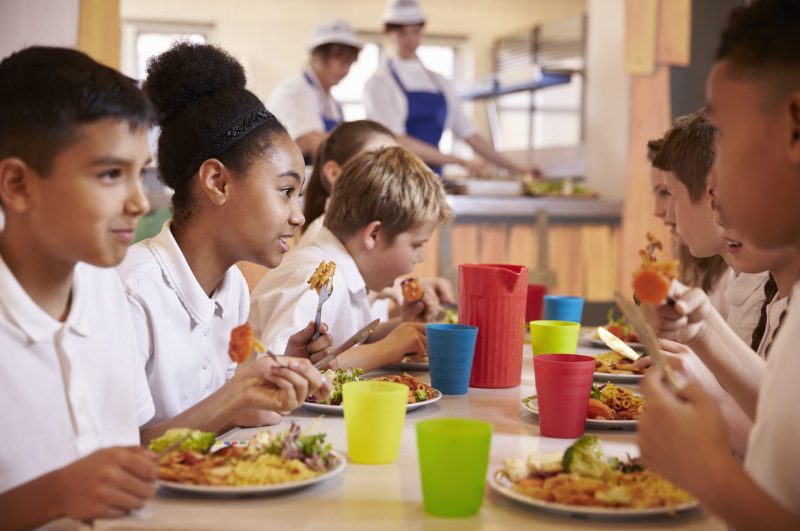 High-processed foods which include fast foods, frozen meals, candies, soft drinks, and salty snacks are made primarily from substances extracted from food like starches, sugar, and fats.

“The increasing availability and variety of ultra-processed foods have reshaped global food systems by displacing dietary patterns previously based on fresh and minimally processed foods,” researchers from the Imperial College of London told Healthline.

They added, “Of particular concern is the growing consumption of these foods among children and adolescents, who are leading consumers.”

According to the latest media reports, research has found that processed foods make up nearly two-thirds of the average UK school lunch. Therefore, public health experts have called for an urgent cap on these foods at schools.

A report featured in the Guardian stated that ultra-processed food accounted for 64 percent of calories provided by lunchtime meals. However, the study found that packed lunches contained more of the foods than meals provided by the schools. This was reportedly discovered across primary and secondary schools.

Based on data from the years 2008–2017 of the National Diet and Nutrition Survey (NDNS), which is a rolling programme of cross-sectional surveys aiming to provide representative snapshots of dietary intake in the UK among those aged 1.5 years and over – it was discovered that British children consume 65 percent of their daily calorie intake as ultra-processed foods (UPF), which is the highest level in Europe.

According to the survey, UPFs are designed to be hyper-palatable, non-perishable, convenient, and relatively economical. For children, the consumption of UPF is associated with an increased risk of being overweight or obese in later life.

“School meals should be a mechanism for delivering low-cost and healthy meals to all children, which is especially important in the current cost of living crisis,” Dr Jennie Parnham from the school of public health at Imperial College London told the Guardian.

She added,  “This is not currently the case. We need urgent policy action to cap the levels of ultra-processed food in school meals.”

The journal, Nutrients observed that children ate more ultra-processed food during their move from primary to secondary school. This was found to be partly because more fast food and puddings are served in secondary schools. Analysis also revealed that the calories provided by these foods rose from 61 percent to 77 percent during this time.

“Ultra-processed foods are one of the worst offenders to health,” Michelle Tierney, a registered dietician and certified personal trainer specializing in weight management, told Healthline.

She added, “They negatively affect metabolism at a cellular level, damaging the functions and abilities of cells. It’s like a vicious cycle because processed foods cause things like atherosclerosis, insulin resistance, and weak mitochondria, which in turn cause fatigue, foggy brains, mood disorders, decreased productivity, and more.”

Dr Duane Mellor, a nutritionist at Aston Medical School told the Guardian that school meals should become a core part of learning where pupils are encouraged to try new, healthier foods and learn food skills, including cooking, with catering funded accordingly, so that more fresh food is made available.

Having said that, Dr Mellor added that despite expectations for school meals, children do not always choose the healthiest options. He is quoted as saying, “The problem is caterers in schools are on very limited budgets, so will tend to cook more of what will be eaten and this can make the situation worse.

“Also, children will tend to choose what they like, so this can be a cycle tending to more of the less healthy menu options being offered and eaten in our schools.”