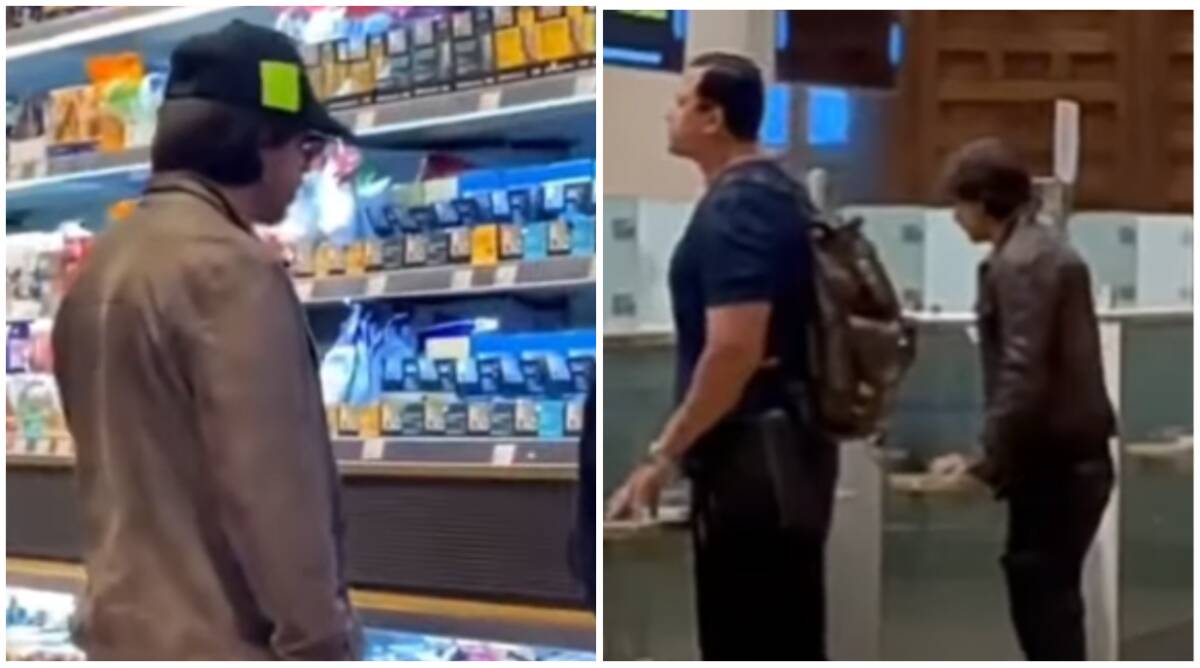 Bollywood superstar Shah Rukh Khan, who recently celebrated his 57th birthday, is presently in Saudi Arabia where he is filming for the next schedule of his much-anticipated film Dunki, helmed by successful filmmaker Rajkumar Hirani.

Khan was spotted by his fans at Jeddah Waterfront, and soon after, he was also clicked at a supermarket by his fans. In the photos that are doing the rounds on social media, the actor looked dapper as he wore a leather jacket with denim jeans and completed his look with a cap. He was also surrounded by his crew members.

Earlier, a female fan also shared a video of SRK at the airport where he was seen hunched over the immigration counter. The video was later reposted by one of King Khan’s fan clubs on Instagram where it has since garnered over 1.5 million views.

“A lucky fan (@datingairmiles) saw Shah at the migration point at Mumbai airport when he was leaving for Saudi early this morning,” the caption read.

As soon as the videos emerged online, a number of fans took to the comments section. One of the fans wrote, “OMG lucky fan!!”

Meanwhile, Shah Rukh Khan has some exciting projects in the pipeline, all set to release in 2023. In addition to Dunki, which is currently in production, the superstar will also be seen in Yash Raj Films’ much-anticipated action thriller Pathaan, co-starring Deepika Padukone and John Abraham. This will mark his first release after the debacle of Zero in 2018.

He will follow Pathaan with Atlee Kumar’s Jawan, which also stars leading Tamil actress Nayanthara in an important role. Vijay Sethupathi, Sanya Malhotra, and Sunil Grover will also be seen in pivotal parts in the film.

His third release in 2023 will be Dunki, co-starring Taapsee Pannu.