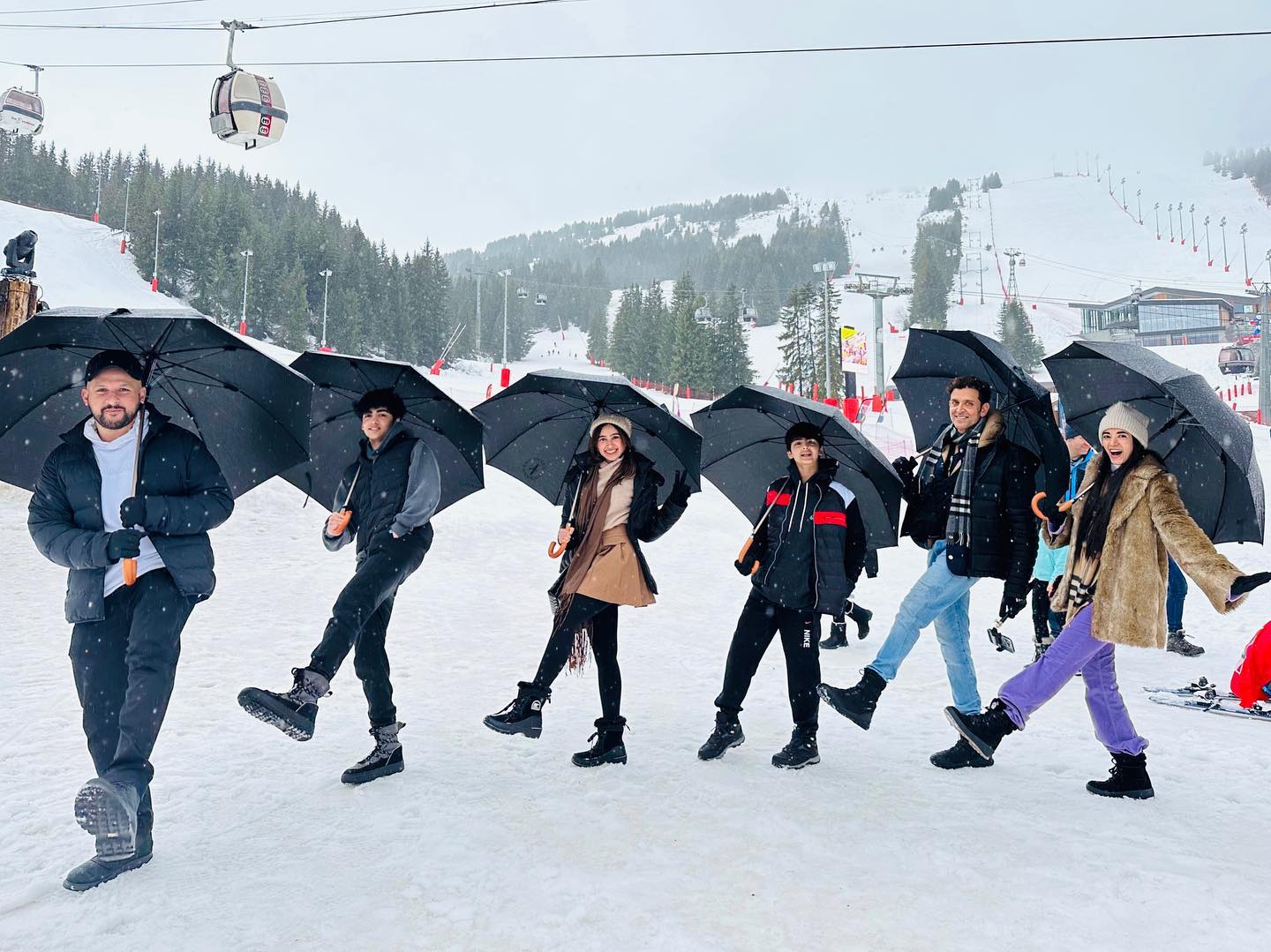 Bollywood actor Hrithik Roshan, on Sunday night, shared an adorable family picture from an undisclosed location on his social media.

In the picture, Hrithik could be seen posing with his rumoured girlfriend Saba Azad, his sons Hrehaan and Hridaan and his cousins Pashmina and Eshaan Roshan at a cold location.

Soon after he shared the picture fans flooded the comment section with red hearts and fire emoticons.

“Merry Christmas to you and your family,” a fan commented.

Rumours about Hrithik and Saba’s relationship started when they were spotted out on a dinner date together in February earlier this year.

Later, she also joined Hrithik’s family for a get-together. The rumours came to an end after the two walked hand-in-hand at actor Karan Johar’s 50th birthday bash.

The duo frequently gets spotted on different locations and occasions, but an official confirmation of their relationship is still awaited.

Meanwhile, Hrithik will be next seen in director Siddharth Anand’s next aerial action thriller film ‘Fighter’ opposite Deepika Padukone and Anil Kapoor.

The film is all set to hit the theatres in January 2024.

Talking about Saba’s work front, she will be next seen in the film ‘Songs of Paradise’ alongside Soni Razdan.