ACCLAIMED singer-songwriter Shapla Salique is showing that it is possible to expand the horizons of contemporary music without losing the connection with traditional roots.

The songs have enabled her to cross cultural borders and make a name for herself on the live circuit. This unique brand of music is very much present in her recently released album No Boundaries, which has songs containing a marvellous melting pot of influences powered by her irresistible voice. Eastern Eye caught up with the rising star to talk about her unique brand of music, latest album, inspirations and Bengali roots.

Music has been a big part of your life from a very early age. Do you remember the first time that musical connection happened?

Yes, it was when I heard a song of Fakir Lalon Shah‚Äôs, for sure; that‚Äôs the first time I remember being moved by music. His music influences me personally, making me feel creative, emotional and inspired.

What led you towards the unique sound you create with your music?

This happened naturally and, to be honest, the sound I have created was not a conscious decision. I love Baul music and also love jazz ‚Äì so naturally I incorporated the two styles jointly, which responded really well together.

What has kept you so connected to your Bangladeshi roots?

Without doubt, my upbringing. This is a huge part of the way I am and I remain connected to my roots and culture. I belong to a family where Bengali culture and music is so important. I am so grateful to both of my parents. I was very lucky.

Would you say you were an old soul?

(Laughs) I would say so, wouldn‚Äôt you? I was definitely born in the wrong era.

What has been the biggest highlight of your musical journey?

(Thinks) Oh, man! That‚Äôs a tough one. I have been singing since I was a little girl. There are so many, but the biggest highlight of the past year, outside of touring and connecting with everyone was definitely releasing my new album No Boundaries. The warm reception and continued support from my audience has been incredible. I am feeling so blessed and so thankful.

How would you describe your songs and sound?

My songs are deeply spiritual and soul searching. It‚Äôs heart music, no other description. My sound is a combination of contemporary jazz, funk and soul. So lyrically you can really dig in and musically you can vibe to it.

Tell us about your recently released album.

Ok, so my new album is called No Boundaries and there are 12 tracks on the album. No Boundaries represents me, born in Bangladesh and raised in the East End. This album is my background and upbringing merged into one. I am moving forward with traditional Bengali folk music and also expressing my own creative style and influences. I have also arranged and produced this album myself, so I‚Äôm super chuffed and really proud of the songs on there.

What was the biggest challenge when putting it together?

The album took a year to put together. I think I am a perfectionist, so getting it right means spending time mixing and then more mixing again, making changes until the arrangements were tight and it sounds right. This all meant spending so much time in the studio, away from my family. That was long and hard to do.

Do you have a personal favourite song on there?

Every song on my album means something to me, but Boli Ma (Oh Mother) is the song that really moves me the most. Every time I sing this song, I get caught up in it and cry.

How much does performing live mean to you?

There is nothing that beats the energy from a live audience. There isn‚Äôt a particular gig that is a favourite, but more the particular moments within a performance that are memorable. For example the reactions from the crowd when you play a particular favourite song gives me such a high, and that‚Äôs why I do what I do.

You generate a lot of emotion in your voice. Where does that come from?

Baul music is a particular type of folk song that is a combination of Buddhism, Sufism and Vaishnavism. Both the lyrics and the music are soul-searching and I think the emotion comes from knowing the deep meaning of these songs. It comes naturally to me, it‚Äôs about being in the songs when I sing them.

Have you made a master plan and what can we expect next from you?

To be frank, every day it is a blessing to be able to do what I am doing, for now. I am getting ready for my show in New York next month and have some amazing gigs lined up in the UK for the coming months. So I am just focusing on that for now.

Who would you love to collaborate with musically?

Take me back to the 19th century! I would love to collaborate with Fakir Lalon Shah. Imagine that. I would also love to work with Baul Shofi Mandal, Abida Parveen and Paban Das Baul. Collaborating with them would be so cool.

You have an amazing look. What inspires your unique style?

Thank you! Unique is what I strive for and, to be honest, it‚Äôs my music that inspires my unique style. I think fashion can be a great way to express individuality and what I wear is just an extension of who I am.

Tell us something not many people know about you?

Which artists do you most admire and enjoy listening to?

Oh, there‚Äôs so many. I have so much admiration for Fakir Lalon Shah and his work. I love listening to Abida Parveen; she‚Äôs so full of soul. Amy Winehouse and Adele are singers who are so inspiring. Also, I have recently been listening to Karen Dalton, who has such a charismatic voice; a brilliant gem of a singer. Ultimate blues!

Who has been the most interesting person you have met on your musical travels?

I have met so many amazing people that it‚Äôs hard to name one. Princess Anne, Ravi Shankar, Zakir Hussain, oh and Paban Das Baul, who is the humblest human being I‚Äôve ever met.

If you weren‚Äôt involved in music, what career path do you think you would have taken?

When I was younger, I wanted to be a policewoman.

Where is the strangest place you have come up with a song?

After my concert in Toronto, I went for a late night walk in the city. It was around 2am and the streets were dead, silent and cold. I came across a bronze statue of a man seated on a bench and it startled me at first as I thought it was an actual person from a distance (laughs). As I came closer I realised it was a statue ‚Äì anyway he looked so lonely that I sat next to him for a while and stared at his sad face. I thought he needed some love and warmth and that‚Äôs when I got the idea for Falling In Love. It‚Äôs a jazz number, not on the No Boundaries album, but maybe I will release it one day.

Today what inspires you most?

My family give me so much support, love and patience so that I can do what I love to do. They are my biggest inspiration.

You like classical poets, who is your favourite and one we should find out more about?

Fakir Lalon Shah! His like my favourite poet ever and makes me so proud. I love Rumi too!

If you could learn a new instrument what would it be?

I would love to learn the guitar because I think it is such a versatile instrument and can have so many different emotional textures.

Why should we pick up your latest album No Boundaries?

It is such a breakthrough composition of east and west. It really takes folk into the funky jazz era, which I know is not something that you would necessarily expect with these types of songs. That‚Äôs why it so worthwhile checking this out.

Why do you love music?

I grew up with music, it is in my family, in my blood and has always been part of my life. (Smiles) And anyway, who doesn‚Äôt love music?

No Boundaries by Shapla Salique is out now 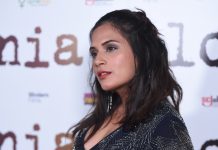 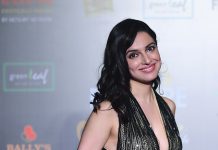 Divya Khosla Kumar on how she became an actress 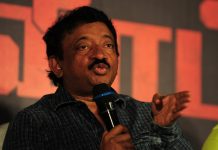