Rishi Sunak: Migrant deal with France will make a difference, more to do 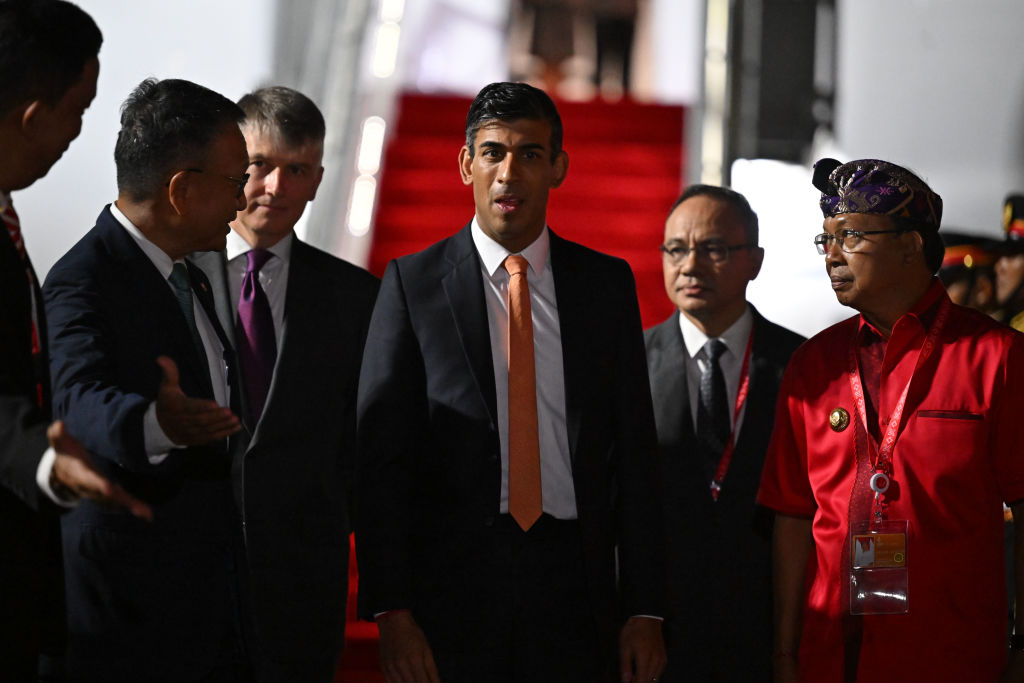 British Prime Minister Rishi Sunak said a new deal with France to tackle illegal migration across the Channel would “make a difference”, but the numbers making the perilous crossing would not go down overnight.

“I’m confident that we can get the numbers down but I also want to be honest with people that it isn’t a single thing that will magically solve this. We can’t do it overnight,” Sunak told reporters at the G20 summit in Bali. “There’s lots more that we need to do.”

Britain agreed to pay France another €72 million (£62m) to prevent migrant boat crossings in the English Channel under a new deal signed on Monday that underlines improving ties between the neighbours.

Around 42,000 people – most of them Albanians, Iranians and Afghans – have crossed the Channel to England from France this year.

The figure is well over last year’s 28,561, which was a thousand-fold increase from 2018 when migrants and asylum seekers first began sailing inflatables across one of the world’s busiest shipping channels.

“There are no quick fixes, but this new arrangement will mean we can significantly increase the number of French gendarmes patrolling the beaches in northern France,” Britain’s Home Secretary Suella Braverman said in a statement after signing the accord with her French counterpart Gerald Darmanin.

Tensions
Successive British governments have paid France hundreds of millions of euros over the past decade to improve border security on the Channel coast, particularly around the port of Calais.

Past French purchases with UK money include thermal-imaging binoculars, motorbikes, drones and SUVs that are used during beach patrols.

But suspicions have persisted in Britain, fanned by the right-wing media and members of the ruling Conservative party, that Paris is not doing enough.

The agreement reflects warmer ties between France and the UK since British Prime Minister Rishi Sunak took the helm, after years of acrimony under his predecessors Boris Johnson and Liz Truss.

One of the worst public rows between Johnson and French President Emmanuel Macron came in November last year, when 27 migrants drowned in the Channel.

Sunak and Macron held a cordial first meeting last week on the sidelines of the UN climate summit in Egypt and will meet again this week at the G20 in Indonesia.

The issue of how to manage the flow of asylum seekers and economic migrants from Africa and the Middle East has strained diplomatic ties all over Europe for much of the last decade.

France and Italy, which has elected a new far-right government, clashed last week after Rome refused to let a rescue ship carrying migrants dock at its Mediterranean ports.

Macron and his Italian counterpart Sergio Mattarella urged a return to “full cooperation” on Monday after last week’s standoff, which ended when France allowed the boat to disembark its passengers.

‘Credit’
On the Channel coast, doubts remain about whether incremental changes in the number of French officers patrolling the rugged dunes and wide beaches can reverse the rising tide of crossings.

Observers say the migrants’ boats are getting bigger, the tactics of smugglers more sophisticated, and departures are being recorded along a widening stretch of coastline.

Some 972 people were detected making the crossing on Saturday and 853 on Sunday during calm, sunny weather, according to UK figures.

The French coastguard is adamant that it cannot intercept boats once they are in the water because attempting to do so could cause them to capsize.

Human rights groups have long criticised Britain for refusing to offer asylum seekers the chance to make claims for protection without crossing the Channel.