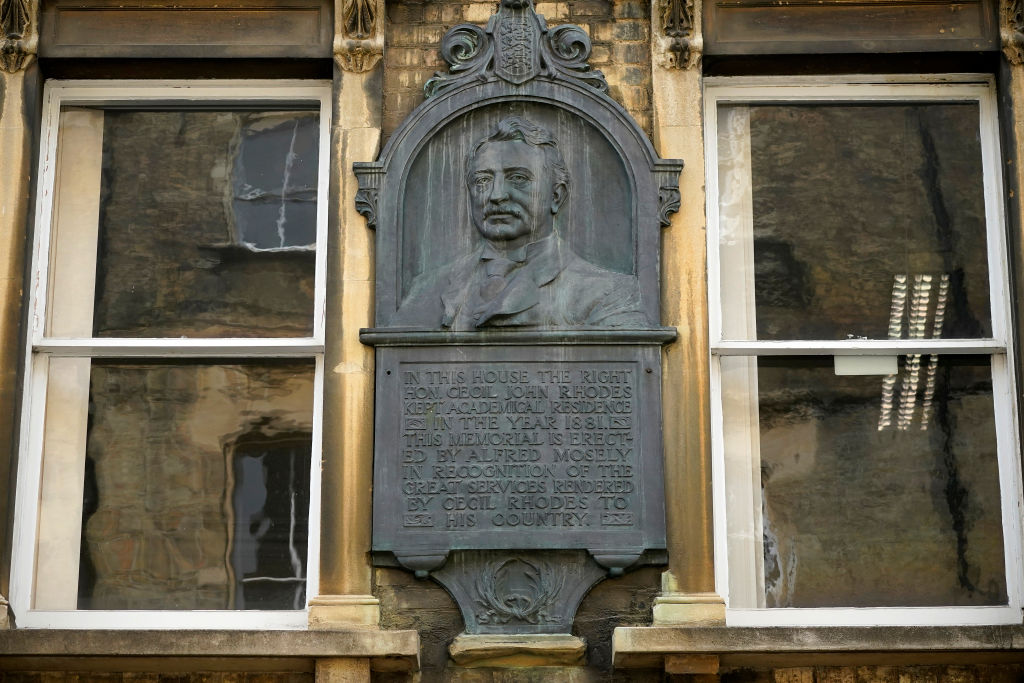 Controversy erupted in Britain over culture secretary Nadine Dorries’ decision to give listed status to a Cecil Rhodes plaque at a University of Oxford college, media reports said.

She neglected an earlier judgment by Historic England which decided against providing legal status to the plaque which stands at Oriel College within the University.

It is situated near a famous statue, which has been at the centre of the Rhodes Must Fall campaign for years.

In June, Dorries made the decision to give the plaque in King Edward Street a Grade II listed status.

Kim Wagner, professor of imperial history at Queen Mary University of London, told the MailOnline: “This is simply what one would expect from Nadine Dorries and a discredited government, which has nothing left but the pursuit of its inept culture-war project.

“Cecil Rhodes has become a rallying point for imperiophiliacs, and the slogan to ‘retain and explain’ is just part of the ongoing effort to whitewash his legacy and that of the empire more generally. Luckily, most of us don’t get our history from statues or plaques.”

According to campaigners, Rhodes was a racist and promoted white supremacy.

Rhodes was a student at the college and left the college £100,000 when he died in 1902. He drove British colonial expansion in southern Africa as well as founding Rhodesia (now Zimbabwe and Zambia) and the De Beers diamond mining company.

In February 2020 Historic England said that the plaque is not of national interest as it lacks ‘richness of detail’. In 2021, Oriel’s governing body wanted to move the plaque and a statue of Rhodes in High Street. An independent commission also backed the decision.

But the decision was later withdrawn due to costs as it involved complex planning.

That decision was backed by the appointed to examine its future and Rhodes’ legacy.

But the college later said it would not seek to move them due to costs and ‘complex’ planning processes.

A Historic England spokesperson said that the plaque lacked “the richness of detail and modelling to mark it out as of national interest for its artistic quality”.

A UK culture department spokesperson said that the government is committed to retaining and explaining the country’s heritage.