Prince Harry shares the moment he realised Meghan was ‘soulmate’ 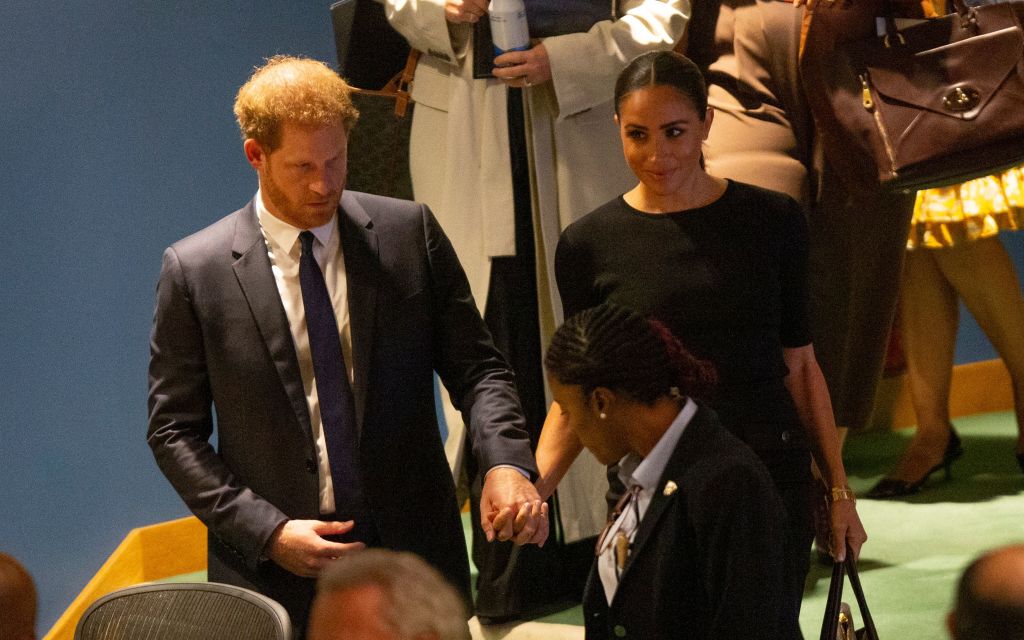 Prince Harry (L) and Meghan Markle (R), the Duke and Duchess of Sussex, attend the 2020 UN Nelson Mandela Prize award ceremony at the United Nations in New York on July 18, 2022. – The Prize is being awarded to Marianna Vardinoyannis of Greece and Doctor Morissanda Kouyate of Guinea. (Photo by Kena Betancur / AFP) (Photo by KENA BETANCUR/AFP via Getty Images)

Prince Harry is in New York to deliver a keynote speech at the United Nations headquarters on the occasion of Nelson Mandela International Day on Monday.

In his speech, he revealed that he realised Meghan Markle was his “soulmate” during one of their trips to Africa. According to Page Six, Prince Harry said, “Since I first visited Africa as a 13-year-old boy, I’ve always found hope on the continent,” he shared, calling it his “lifeline” where he’s “found peace and healing time and time again.”

He added, “It’s where I felt closest to my mother and sought solace after she died,” he went on, “and where I knew I’d found a soulmate in my wife.”

Harry and Meghan visited Africa twice during their courtship and once after they were married.

According to Page Six, the couple first travelled to Botswana shortly after they began dating in July 2016 and returned the following August to celebrate Meghan’s 36th birthday.

In April 2019, Harry and Meghan shared a photo from their second trip to Botswana in which they were putting a satellite collar on a bull elephant to help conservationists track the animal’s critical migratory patterns and protect it from poachers.

The couple married in May 2018 at London’s St. George’s Chapel at Windsor Castle in a lavish ceremony attended by royals and celebrities alike. The family of three embarked on a 10-day tour of Africa the following September, less than five months after Meghan gave birth to the couple’s first child, son Archie.