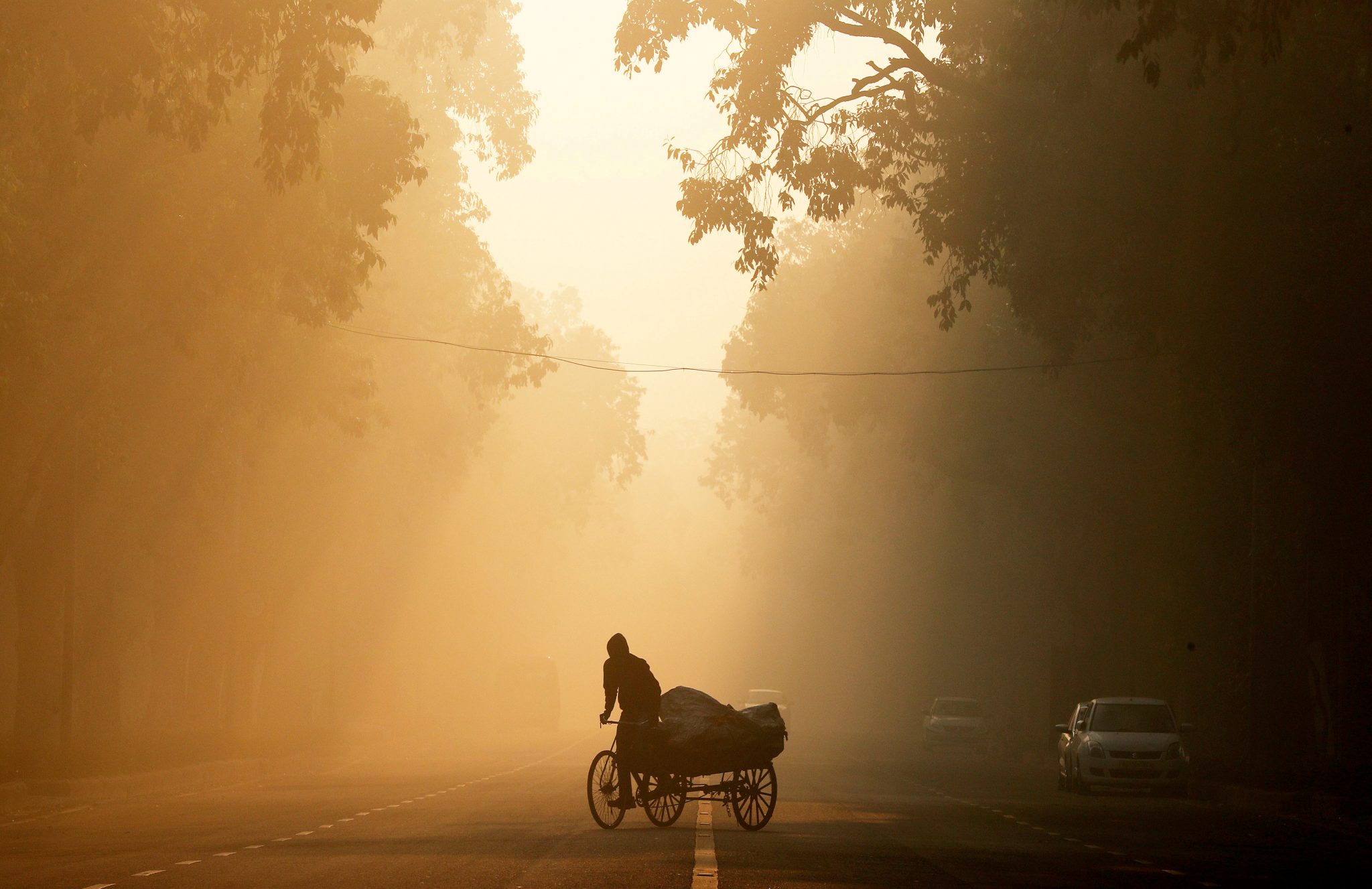 New Delhi’s air quality was at its worst this season on Thursday(29), as winds heavy with toxic smoke from polluting vehicles and smouldering crop waste fires in neighbouring states lingered low over the Indian capital.

Average air pollution this month hit its worst in two years after farmers made an early start on burning crop stubble left in their fields after harvests.

Smoke from such fires has contributed to more than a third of Thursday’s pollution in Delhi, said environment monitoring agency SAFAR, adding that the previous day’s count of 2,900 crop waste fires was the season’s highest yet.

Winds in the city, which have ranged from moderate to high this season, were to blame, the federal agency said, as they became “stagnant” and trapped pollutants.

“This situation is likely to continue over the next 24 hours,” it added.

Just over half of Delhi’s 36 monitoring stations had readings above 400 on a scale of 500, indicating “severe” pollution that authorities say can affect healthy people and seriously harm any who are already ill.

The index of overall air quality (AQI), measuring the concentration of microscopic particles known as PM2.5, which can be deadly, was at an eight-month high.

Delhi’s government is working to clear the toxic air by restricting construction and other dust-raising activities, Environment Minister Gopal Rai has said.

India’s capital is fighting air pollution just as the nation passed a grim milestone of 8 million coronavirus cases on Thursday.