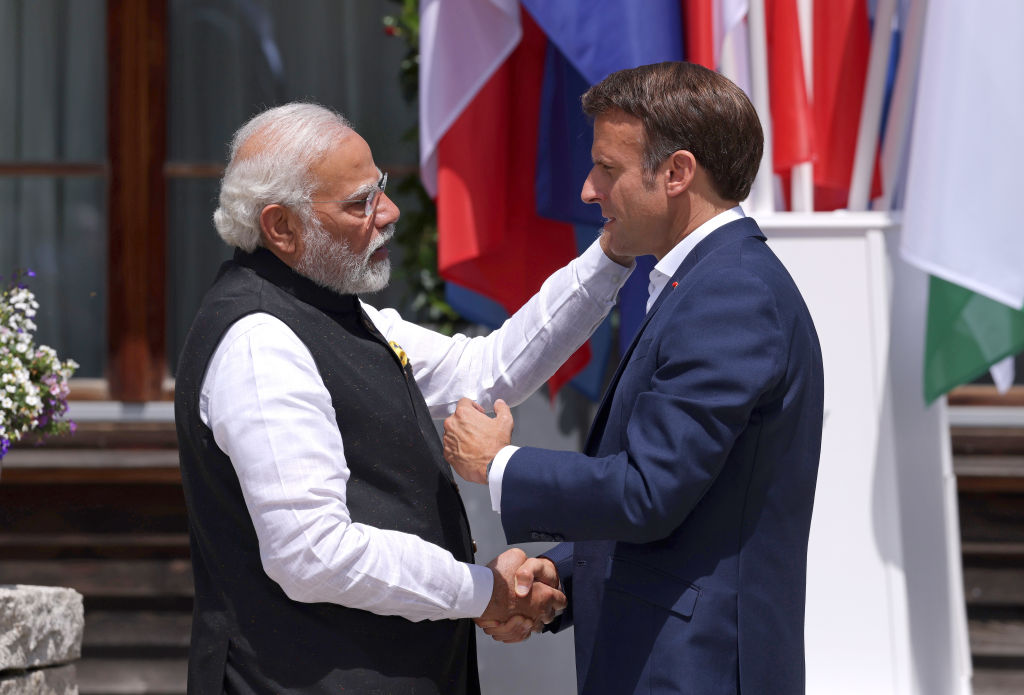 “The Head of State and the Prime Minister of India exchanged views on the Russian-led war in Ukraine and its destabilising consequences for the rest of the world. The President of the French Republic underlined France’s determination to continue its support for Ukraine, and the two leaders agreed to work together to bring the conflict to an end,” read a communique issued by the French President’s Office. The two leaders also reaffirmed the importance of the international community acting in a coordinated manner in the face of the food crisis.

“In this respect, the two leaders stressed the relevance of the framework offered by the FARM initiative to guarantee transparency in agricultural markets and prevent speculative behaviour, to help the populations most threatened by food insecurity, and to strengthen the agricultural sovereignty of countries by further boosting their local production,” added the readout.

FARM’s objective is to prevent the catastrophic effects, on global food security, of the war Russia is waging in Ukraine.

They also discussed the challenges in the Indo-Pacific region and the situation in Sri Lanka and added the readout.

Both leaders discussed ongoing bilateral cooperation under the India-France Strategic Partnership and other issues of global and regional significance.

“Spoke to my friend President @EmmanuelMacron today. Conveyed India’s solidarity with France in dealing with the devastating wildfires. We discussed ongoing bilateral cooperation under the India-France Strategic Partnership, and other issues of global and regional significance,” PM Modi said in a tweet.

A PMO release said that during the phone conversation, the two leaders reviewed ongoing bilateral initiatives including defence cooperation projects and cooperation in civil nuclear energy.
“Prime Minister conveyed his solidarity to President Macron for the ongoing drought and wildfires in France,” the release said.

The two leaders expressed satisfaction at the depth and strength that the India-France Strategic Partnership has acquired in recent years and agreed to continue working closely together to expand the relationship to new areas of cooperation.

Macron had on Monday congratulated the people of India on the 76th Independence Day.