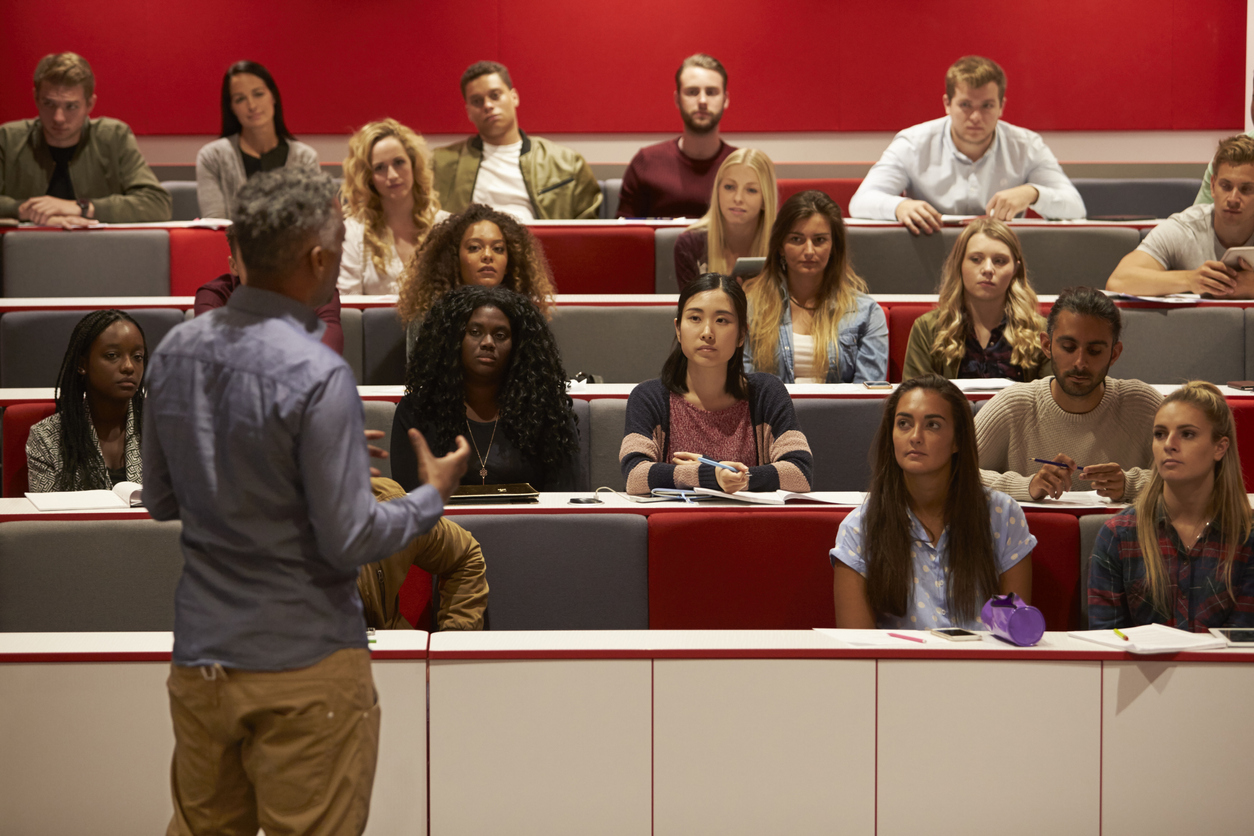 Back view of man presenting to students at a lecture theatre

In a finding that would concern many, a study published by London’s Institute for Fiscal Studies (IFS) has said while most minority ethnic groups in the UK have made significant progress in terms of educational achievement, “clear evidence” of discrimination in their pay and careers has remained.

The study found that while most of the biggest minority ethnic groups do in English and mathematics examinations as good or better than white British students in England and are more likely than the white teenagers to progress to the university, the educational success doesn’t guarantee a long-term success, a report by The Guardian said.

The educational excellence “has not yet translated into better, or even equal, success when it comes to earnings”, the IFS report said, with fewer minority ethnic students admitted into the top universities or getting degree results as good as their white counterparts.

According to Professor Heidi Safia Mirza of the University College London Institute of Education, a co-author of the study, “The picture is neither universally positive nor universally gloomy. Most ethnic minority groups in the UK are doing better than they were, and are doing particularly well in education.

“On the other hand, most continue to earn less than their white British counterparts, and all earn less on average than we would expect given their education, background and occupation. Evidence of discrimination in the labour market is clear, and wealth inequalities are likely to prove especially hard to shift.

Mirza said policymakers must understand and acknowledge these issues if the country were to make progress in “tackling remaining inequalities”.

The study also highlighted the “remarkable” change in educational performance by some of the groups in England.

About a decade-and-half, Bangladeshi pupils were 10 percentage points less likely than their white British counterparts to get good GCSE results in mathematics and English but now they are five percentage points more likely to receive good grades.

But while Bangladeshi students are 27 percentage points more likely to go to higher education than their white counterparts, yet they remain less likely to be admitted to universities that seek A-level grades, despite the fact that the gap has narrowed in recent times.

The study said that some of the minority ethnic groups do much better in terms of improved income as graduates than others, including the white British due to the low earnings by non-graduates within the same ethnic group.

Pakistani women and men, for example, witness the highest financial returns from going to university, despite their average earnings being lesser than any other graduate group.

The report unveiled on Monday (14) is part of the IFS’s Deaton review of inequalities in the 21st century.

It comes as the Trades Union Congress (TUC) has cautioned that the number of adults taking education courses has gone down, especially among those having poor backgrounds or living in the most deprived areas.

The TUC added that since 2016, the number of adults taking courses from the most deprived parts of the country has plummeted from 705,000 to 447,000. Funding for adult education has been reduced by 40 per cent since 2010.

TUC general secretary Frances O’Grady said, “The government must reverse its self-defeating cuts and work with unions and other providers to upskill the nation. Rishi Sunak must put his money where his mouth is and invest properly in training and skills.”