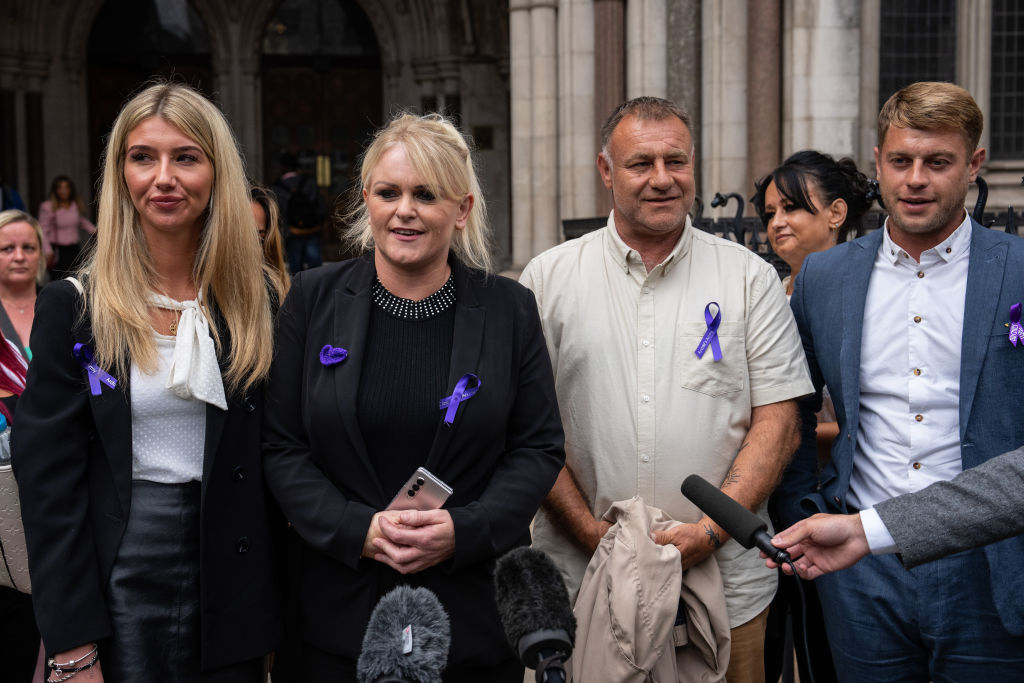 The parents of 12-year-old British boy Archie Battersbee on Friday lost last-ditch legal bids to allow him to die in a hospice after accepting their legal battle to keep him on life support was over.

A campaign organisation supporting the family, Christian Concern, said that the parents had been told Archie’s life-sustaining treatment would be withdrawn from 10 am (0900 GMT) on Saturday.

The family ran out of judicial options to keep the comatose boy on life support after the European Court of Human Rights (ECHR) on Wednesday declined to intervene, ending Britain’s latest high-profile medical ethics case.

They also failed in an initial UK court bid on Friday to allow Archie to spend his final hours in a hospice, rather than in hospital.

They then applied to the Court of Appeal, but on Friday evening the court confirmed that permission to appeal against the decision had been refused.

The family contested this at the European Court of Human Rights (ECHR). But the court, which earlier declined to intervene in Archie’s case, said in a statement that “these complaints fell outside the scope” of its powers.

Archie’s mother, Hollie Dance, found her son unconscious at home in April with signs he had placed a ligature over his head, possibly after taking part in an online asphyxiation challenge.

She wants to take Archie abroad for treatment.

Dance said Friday that the family was “broken but we are keeping going because we love Archie and refuse to give up on him”.

Battersbee’s life support at the Royal London Hospital had first been due to end on Monday after the family lost in the domestic courts.

But the 12-year-old’s parents sought a last-minute ruling from the ECHR to keep him alive, and he continued to receive treatment as the legal fight continued.

The Strasbourg-based ECHR said Wednesday, however, that it had “decided not to issue the interim measure sought”.

It said that the application was “inadmissible” and such requests were only granted on an “exceptional basis”.

The family then turned their legal bid towards moving him to a hospice.

The hospital’s governing trust has said it will not make any changes to Archie’s care “until the outstanding legal issues are resolved”.

– International offers –
UK courts ruled that ending life-preserving treatment for Archie was in his best interests as doctors believe he is brain-stem dead.

He is currently being kept alive through a series of medical interventions, including ventilation and drug treatments.

Dance has said that doctors in Japan and Italy had offered to treat her son.

“If this country can’t treat him or is not willing to treat him, where’s the harm in allowing him to go to another country?” she told reporters.

The case is the latest in a series that have pitted parents against Britain’s court and healthcare systems.

After a highly charged battle between the hospital and his parents, 23-month-old Alfie Evans died in April 2018 when doctors in Liverpool, in northwestern England, withdrew life support.

His parents, who had the support of Pope Francis, wanted to take him to a clinic in Rome but lost a final court appeal just days before he died.

Charlie Gard, born in August 2016 with a rare form of mitochondrial disease that causes progressive muscle weakness, died one week short of his first birthday after doctors withdrew life support.

His parents had fought a five-month legal battle for him to be taken to the United States for experimental treatment.

His case drew broad sympathy, including from then US president Donald Trump and Pope Francis, while 350,000 people signed a petition demanding he is allowed to go to the United States.