Pakistani actress Sajal Aly expresses her desire to have a home in India – more deets inside! 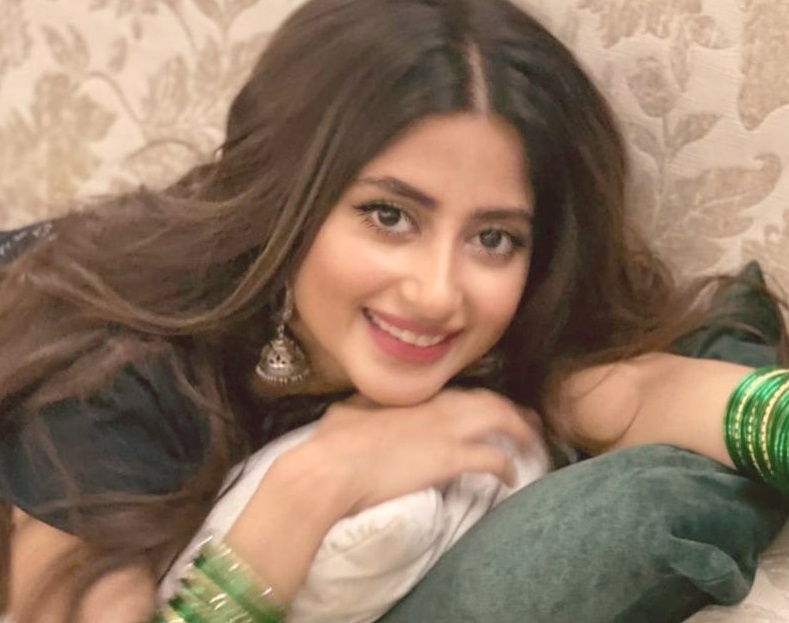 Actress Sajal Aly needs no introduction. She is one of the leading actresses in Pakistani who has proved her mettle in both films and television. The actress has also starred in a Bollywood film. She played the character of legendary actress Sridevi’s daughter in the former’s last film Mom (2017).

Aly recently bumped into Bollywood actress Janhvi Kapoor at Filmfare Middle East Achievers Night, a star-studded event that saw the attendance of several prominent faces from both sides of the LoC. The Khel Khel Mein (2021) actress hugged the Dhadak (2018) star at the event and also expressed her desire to make a home in India.

When someone at the event asked Aly where she would like to make a home outside India, the 28-year-old actress immediately responded, “Why can’t it be in India? It can be in India… An event like this gives us an opportunity to meet our counterparts from Bollywood like Janhvi Kapoor, Govinda Sir, Ranveer Singh… We are far because of our countries, but our hearts are very close.”

On the work front, Sajal Aly was last seen in Aangan, Alif, Yeh Dil Mera, Ishq E Laa, and Sinf-e-Aahan. And if reports are to be believed, she also headlines a yet-to-be-titled web series, which is currently under production. She co-stars alongside Wahaj Ali and Nazish Jahangir in the upcoming series.

Additionally, Aly also plays a pivotal role in filmmaker Shekhar Kapur’s much-anticipated British romantic comedy film What’s Love Got to Do with It? The cast of the upcoming film also includes Lily James, Shazad Latif, Shabana Azmi, Emma Thompson, Oliver Chris, Asim Chaudhry, and Jeff Mirza. It is scheduled to hit cinemas in the United Kingdom on 24 February 2023, by StudioCanal.