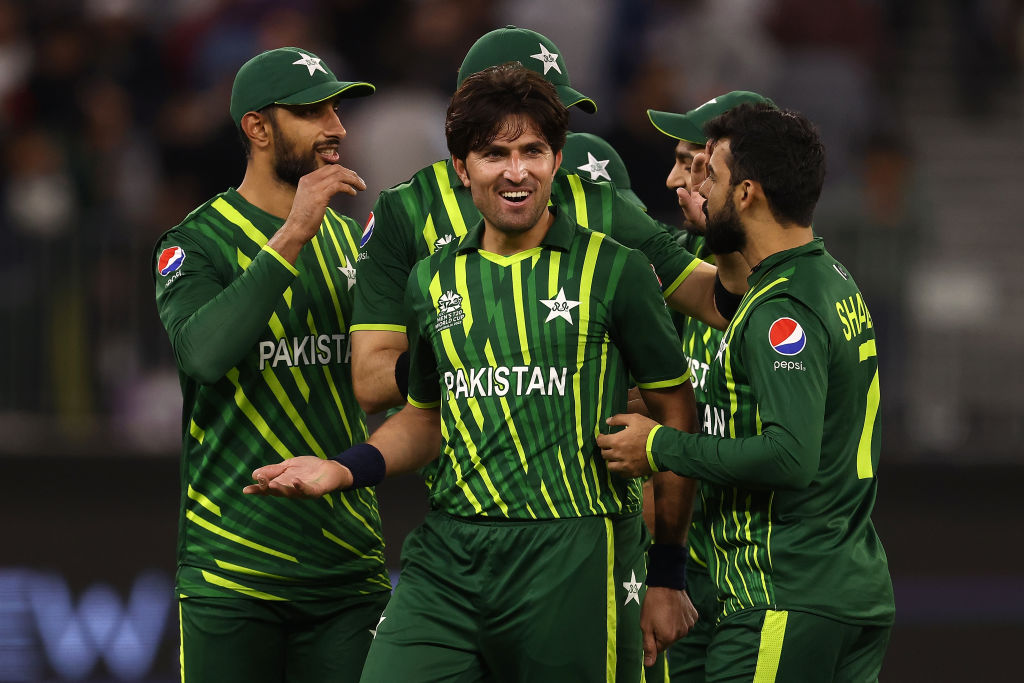 PERTH, AUSTRALIA – OCTOBER 27: Muhammad Wasim of Pakistan walks from the field at the end of the innings during the ICC Men’s T20 World Cup match between Pakistan and Zimbabwe at Perth Stadium on October 27, 2022 in Perth, Australia. (Photo by Paul Kane/Getty Images)

Pakistan has soaked up stories from the landmark 1992 Cricket World Cup final win over England in the lead-up to Sunday’s Twenty20 decider and hopes to share their own tales of triumph in years to come, team mentor Matthew Hayden said on Friday.

Imran Khan’s side beat England by 22 runs at the Melbourne Cricket Ground in that 50-over tournament to claim their first World Cup trophy in a landmark moment for Pakistan cricket.

Hayden said Pakistan board chief Ramiz Raja, who opened the batting and took the final catch that sealed victory in 1992 final, had addressed Babar Azam’s team on Friday morning.

“He was reliving some of those stories around the ’92 World Cup,” former Australia opener Hayden told reporters at the MCG.

“And I think that’s great, because that’s why you play the game. These boys …. their careers will be but a blink and they’ll be looking back on this tournament.

“And they’ll tell these stories around campfires in their villages, in media conferences like the one we are here and it will be an important chapter of Pakistan cricket – as the ’92 campaign was.”

England, who won the last 50-overs World Cup in 2019 on home soil, are rated clear favourites by bookmakers to win on Sunday after humiliating India by 10 wickets in Thursday’s semi-final at Adelaide Oval.

Hayden, however, felt Pakistan’s attack would be a good match for the English and particularly their captain Jos Buttler and Alex Hales, who chased down 169 for victory in an unbroken partnership to embarrass India’s bowlers.

“I think the bases are covered,” said Hayden.

“I think both sides actually have got very equal set-ups.

“It’s just ‘even-stevens’. At the start of this tournament I always thought that England was going to be a huge threat.

“And here we are on the edge of a final.”