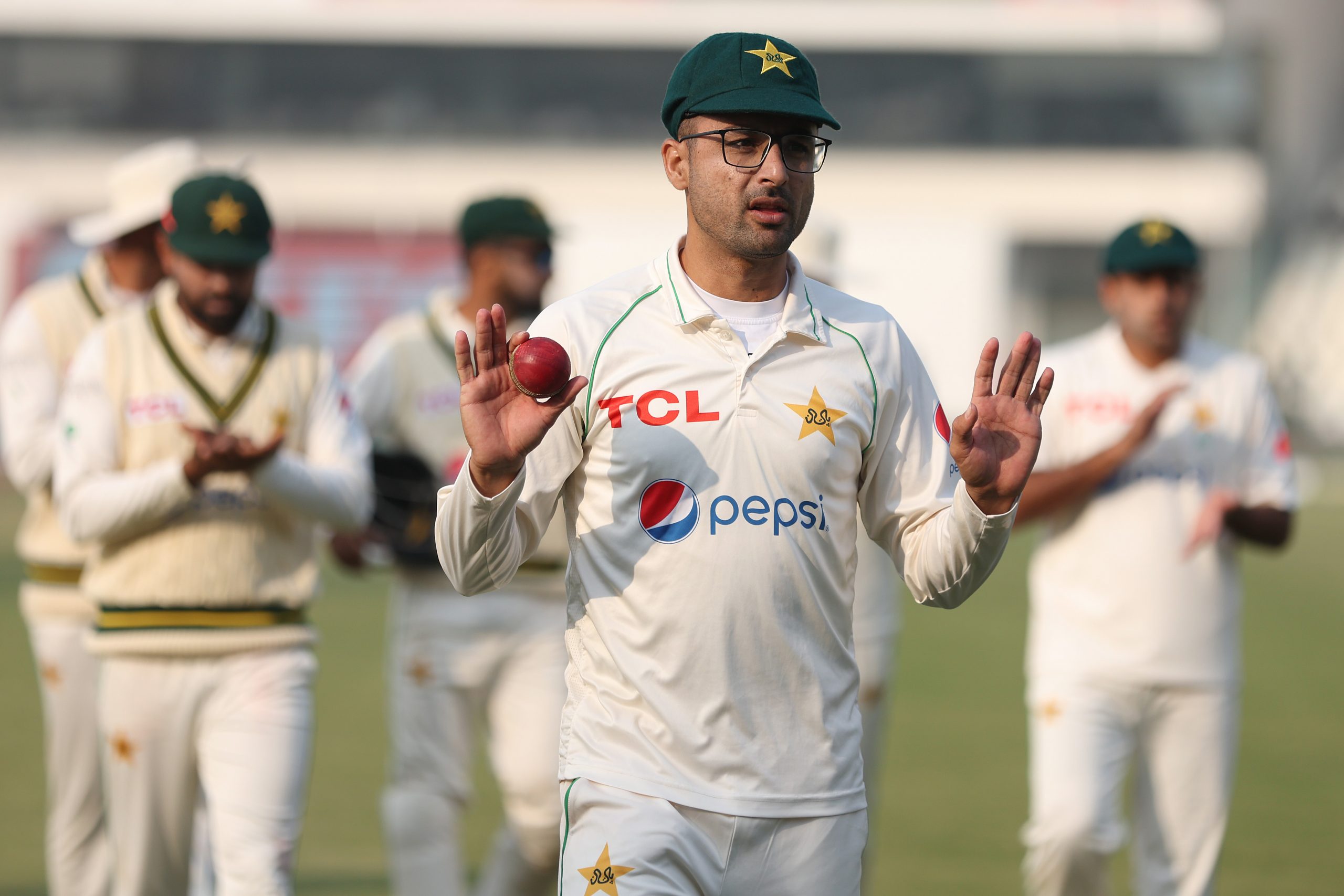 Pakistan debutant Abrar Ahmed cast a spell over England Friday, grabbing seven wickets as the tourists were dismissed for 281 on the opening day of the second Test in Multan.

The 24-year-old — nicknamed “Harry Potter” by friends because he wears glasses similar to those of the fictional boy wizard — produced magic of his own to finish with 7-114.

Of the 12 wickets that fell on the day, James Anderson was the only fast bowler to dismiss a batter when he found an edge off Pakistan opener Imam-ul-Haq, who departed without scoring.

Abdullah Shafique scored 14 before edging spinner Jack Leach to keeper Ollie Pope, but Azam and Shakeel saw off the day with a third-wicket unbroken stand of 56.

The day belonged to the home team, and Ahmed in particular.

Under pressure to square the series, Azam’s wish came true when the pitch took turn from the outset.

He brought on Ahmed in just the ninth over, and the spinner repaid him by bowling Crawley with a sharp incoming delivery — only his fifth ball in Test cricket.

Ahmed then trapped Duckett and Root leg-before — both given out only after Azam reviewed the on-field calls.

He made it 167-5 when Pope and Brook miscued aggressive shots and were caught.

Ahmed was delighted with his effort.

“People do call me Harry Potter, but I am not a magician,” he said.

“I have done what is my job, and that is taking wickets.”

The moment of the match for him was the scalp of England skipper Ben Stokes.

“My teammates were telling me that usually it’s the first wicket that you cherish, but for me, Stokes’s wicket was the best.”

Stokes (30) and Will Jacks (31) defied the assault after lunch for a 61-run sixth-wicket stand.

Ben Duckett (63) and Pope (60) were the main scorers in an England innings that finished at the stroke of tea, after Stokes won the toss and decided to bat.

Ahmed’s figures were the second-best on debut by a Pakistan bowler — behind pacer Mohammad Zahid’s 7-66 against New Zealand in Rawalpindi in 1996.

He is the 13th Pakistan bowler to take five or more wickets in an innings on debut.

Duckett said he hoped early wickets on Saturday would bring England back into the game.

“Hopefully we can take wickets in clusters tomorrow.”

England, on their first tour of Pakistan since 2005, lead the three-match series 1-0 after winning the first Test in Rawalpindi by 74 runs.