Our domestic and IPL cricket keeps us ready: Axar Patel after powering India to series-clinching win over WI in 2nd ODI 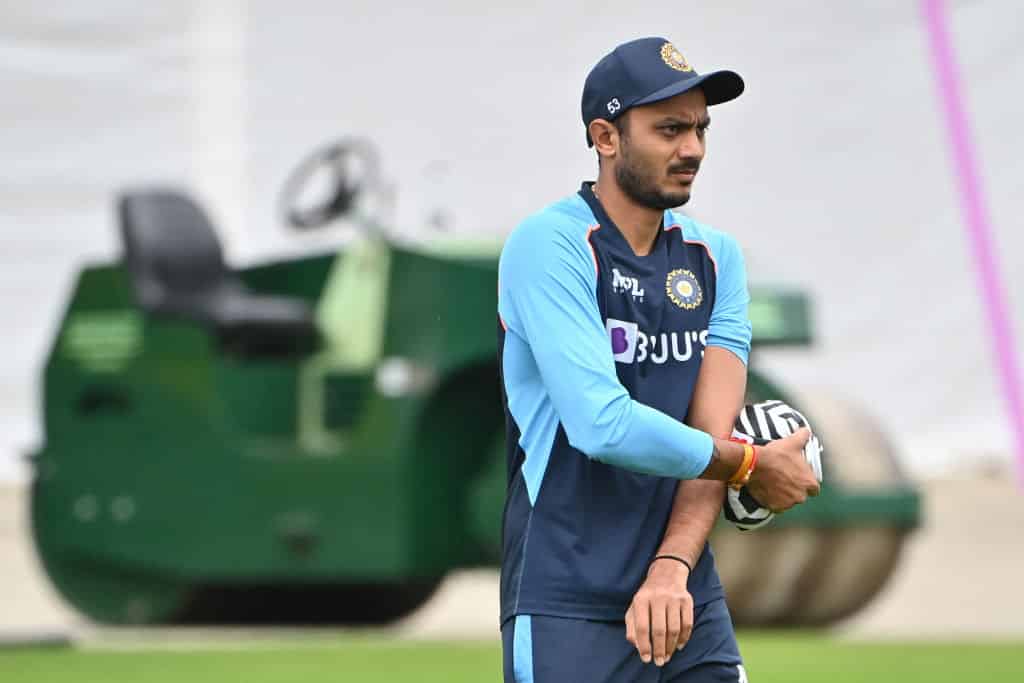 Axar Patel smashed a whirlwind unbeaten 35-ball 64, his maiden ODI fifty, to steer India to a series-clinching two-wicket win over the West Indies in a tense second match here

Set a stiff target of 312, the visitors were tottering at 205 for five in 38.4 overs but Patel rescued India with his six-hitting prowess, taking the visitors home with two balls to spare on Sunday

Needing six runs off the last three balls, Patel clobbered Kyle Mayers straight over his head for a six as India took an unassailable 2-0 lead in the three-match series.

Patel smashed five sixes and three fours in his unconquered innings and added 51 off 33 balls with Deepak Hooda (33).

“It’s very special, to get it in a crucial, series-winning cause is amazing. When I went out, I aimed for 10-11 an over. We thought it could be done as we have IPL experience,” Patel, who was adjudged man of the match, said.

“We wanted to be calm and keep cover of the rate. This was special as this is my first ODI since 2017, even my first fifty came here.”

“The way Axar played was amazing. Our domestic and IPL cricket keeps us ready as we play in front of big crowds. As Axar said, he’s done it multiple times in IPL. That brings a big stage.”

West Indies skipper Nicholas Pooran said his side lost the game “in the last six overs.”

“Axar played well and we didn’t hold our nerves. We could not keep things down in the last five overs. We felt that it got easier to hit spinners. One wicket would have opened up things but Axar played brilliantly,” he said.

Opting to bat, Shai Hope produced a masterclass 135-ball 117, while skipper Nicholas Pooran showed his big-hitting prowess with six maximums and one four during his 74 off 77 balls as West Indies posted an impressive 311 for six.

In reply, Shubman Gill (43) looked in good touch as he hit five boundaries during his 49-ball innings to give India a decent start but captain Dhawan (13) found the going tough at the other end.

Dhawan was the first to depart with Mayers producing a stunning catch at third man off the bowling of Romario Shepherd.

Mayers then pegged India back with two quick wickets, first getting rid off a well-set Gill and then removing Suryakumar Yadav (9), who once again dragged one to his stumps.

Iyer and Samson tried to take the chase deep with a 99-run partnership off 94 balls but once both departed, India still needed 105 runs from 11 overs.

It was the Patel show after that as he kept fighting despite losing Hooda and Shardul Thakur.

Earlier, Hope played the role of an anchor to perfection as he added 65 runs with opener Mayers (39), before forging another 62-run stand with Shamarh Brooks (35).

Hope then found his perfect ally in skipper Pooran as the two shared a 117-run stand.

Hope, who was dismissed cheaply in the first ODI, hit eight fours and three maximums in his 135-ball 115-run knock.

For India, the spin duo of Patel (1/40) and Hooda (1/42) were economical but Yuzvendra Chahal (1/69) was expensive as he was smashed for six sixes and two fours.

Hope looked in full flow as he played some exquisite shots on the offside before reaching the three-figure mark in his 100th ODI game with a six in the 45th over.

“Hope’s innings were impressive, it was exceptional as a batting group. We wanna win, we wanna win pretty bad in the next game. That’s all we are aiming for,” said Pooran