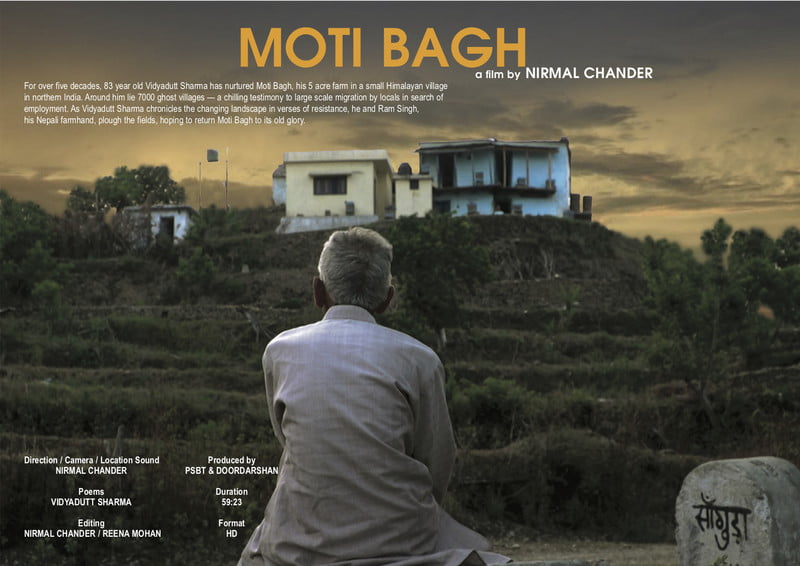 Today, the topic of the environment has become a focal point of debate more than ever before. It needs our attention and our participatory concern for its betterment. What better way to draw people’s attention towards subjects related to all living things environmental other than the medium of cinema. After all, it is the most accepted form of communication.

The All Living Things Environmental Film Festival is India’s only and first environment cinema-based festival.  Now in its 2nd year, the festival has roped in a great jury this year including internationally acclaimed photographer and filmmaker Micheal Snyder, six-time National Award-winning filmmaker Anand Patwardhan, and Amin Hajee.

This year the festival had 44 films from 31 countries being screened – all themed around topics of environment, conservation, climate change, and other related matters. What more, Sophy Vsivaraman, who is the head of the India Documentary Foundation, has joined the advisory board this year along with the legendary environmental docu filmmaker Mike Pandey.

Speaking of the winners, each director brought in a fresh perspective towards issues pertaining to the environment and all its ancillary factors. The categories included International Shorts where the film Shaba, focused on wildlife conservation of elephants, directed by Ami Vitale won people’s hearts and the award. Moving forward, in the category of International Features, two films took home the directorial honours. Ophir focused on the heart-breaking colonization of an indigenous community, directed by the duo, Alexandre Berman, Olivier Pollet, and Youth v Gov focused on the American youth taking on the world’s most powerful government, directed by Christi Cooper.

In the category of Indian Shorts, director duo Dheeraj Aithal, and Pradeep Hegde focused on the fate of an animal that has been omnipresent in the fabric of Indian society- the frog. It won the attention of people and the award. Moving on to the category of Indian Features, the winner, Moti Bagh directed by Nirmal Chander, is the heart wrenching tale of Uttarakhand’s ghost villages. Last but not the least, in the category of Student Films, budding director Ellie Stones took home the award for her dedicated effort in the film, The Pangolin Man, trying to save the most illegally traded mammal in the world; the pangolin.

Kunal Khanna, the co-founder of the festival, described the ALT EFF as a platform that focuses on highlighting the issues of climate change and the environment. A social innovator himself, Kunal is of the opinion that we must challenge the issues that are eroding the environment, talk about them more often to draw awareness which will lead to participation. Cinema is the quickest way to draw eyeballs and kickstart a conversation. He hopes to make ALT EFF a defining platform for environmentalists and moviemakers, where each one can help the other bring forth ideas and see to their successive narration.

Speaking on the occasion, Oscar nominee Nirmal Chander congratulated the team of ALT EFF for creating a platform that allows environmentalists and moviemakers to work together to form a unified voice for the environment.

Talking about his film, Nirmal says, “In a world where there is no dearth of content anymore, it is sometimes difficult to get people to notice your work. The battle is all the more difficult if one is not catering to pop culture. Moti Bagh was not an easy process. It is an honest depiction of the plight of the villages in Uttarakhand. He is happy the jury at ALT EFF believed in his work and the world will now know about it because of his Oscar nomination. It just makes things a lot easier, says the elated Oscar nominee.”

The directors of Ophir, Alexandre Berman, and Olivier Pollet also took to the occasion to congratulate Mr. Kunal Khanna and his entire team for bringing ALT EFF to life and providing a platform to showcase environmental filmmaking talent, and bringing forth conversations on the environment. “Life is much more than cinematic pleasure alone. Yes, cinema is an entertaining activity one indulges in but it is also a medium to speak up about important issues, the ones which may otherwise be hidden in plain sight, and in fact affect all of us. We are excited to have this platform to share these stories.”

Here’s a complete list of the nominees in each category:

The Wall of Shadows – Directed By Eliza Kubarska (Finalist)

Your Tiger, Our Forest – Directed by Ishan Sharma (Finalist)

A Rifle and a Bag – Directed by Isabella Rinaldi, Cristina Hanes, and Arya Rothe (Finalist)