No doubt he’s going to be aggressive: Djokovic on Kyrgios ahead of Wimbledon final 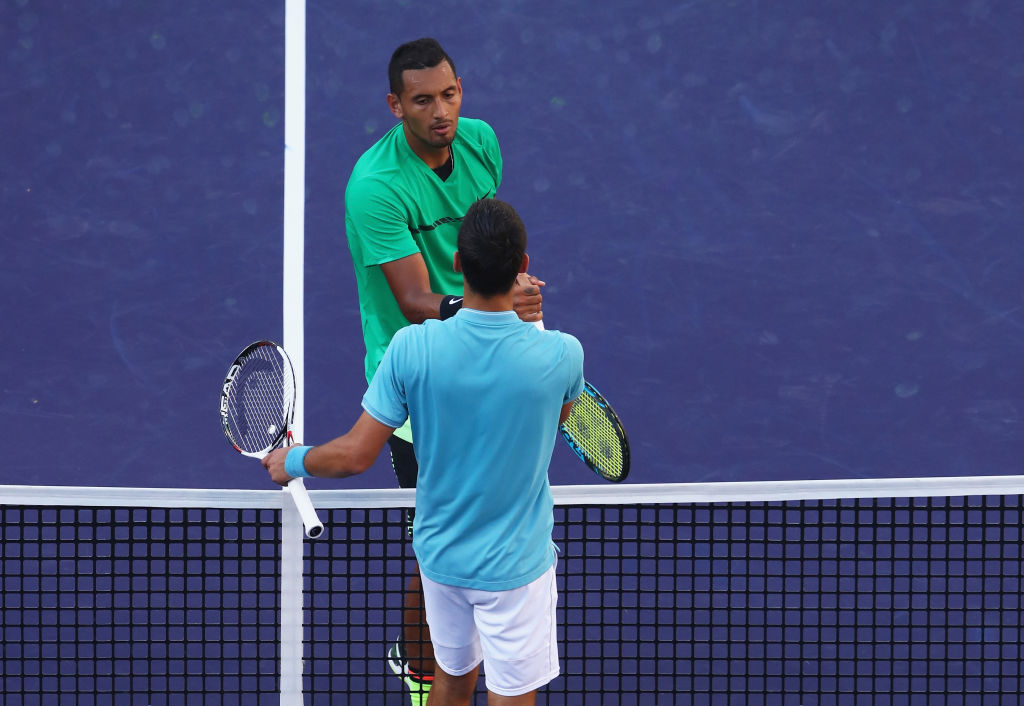 Top seed Novak Djokovic admitted that he was delighted to reach another final, and will meet Australian Nick Kyrgios in the Wimbledon championship match.

It will be the first time Kyrgios competes in a Grand Slam final, but Djokovic knows the challenge Kyrgios will pose, with the 27-year-old leading the top seed 2-0 in their ATP Head2Head series.

“The experience that I have at this level, playing in the finals against someone that has never played a Grand Slam final, could be slightly in my favour. But at the same time, knowing who he is and how he goes about his tennis and his attitude on the court, he doesn’t seem to be falling under pressure much,” Djokovic said in his post-match press conference.

“He plays lights-out every time he steps out onto the court. Just (has) a lot of power in his serve and his game. So I’m sure he’s going to go for it. No doubt he’s going to be aggressive. I expect him to do that,” he added.

Djokovic revealed that he is embracing the chance to make more history at Wimbledon after he defeated Cameron Norrie to reach a record 32nd Grand Slam final.

The 35-year-old is striving to grab a seventh Wimbledon crown and 21st major title as he aims to close the gap on 22-time Grand Slam champion Rafael Nadal.

“I’m aware of what’s on the line. Every match, every Grand Slam that I get to play at this stage of my career, there is a lot on the line,” Djokovic said.

“I don’t know how many Grand Slam opportunities to win the trophy I will still have, as I will have in a few days. So, of course, I’m approaching it with a positive attitude and self-belief and willingness to win. There’s no doubt about it,” he added.

By overcoming Norrie on Centre Court, Djokovic improved his Wimbledon record to 85-10, surpassing Jimmy Connors’ 84-18 record.
The No 1 seed, entered the final of Wimbledon after defeating Cameron Norrie 2-6, 6-3, 6-2, 6-4 at the Centre Court.

World No. 3 was happy with how he handled the accelerated pace after a slow beginning.

“I felt like I was maintaining my focus pretty well. I sat down, wasn’t playing well, feeling well, but somehow I managed to turn the match around,” Djokovic said.

“You could see today on the court that he dropped the focus a little bit a few times and that’s where I stepped in and really started to control the pace of the match, exchanges from the baseline. He was asking for the support of the crowd and he was getting it,” the Serbian said.

“It was not easy to close out the match. Even though I was a breakup in the fourth, I felt like I was constantly being chased by him from early in the set when I made that break. I felt a lot of pressure to serve it out. But I did serve well. I think when you serve well, it’s a big relief in these kinds of circumstances, these kinds of matches. It helps a lot playing on grass,” he added.