Nikhil Parmar: I see a lot of myself in my Invisible character, and vice versa 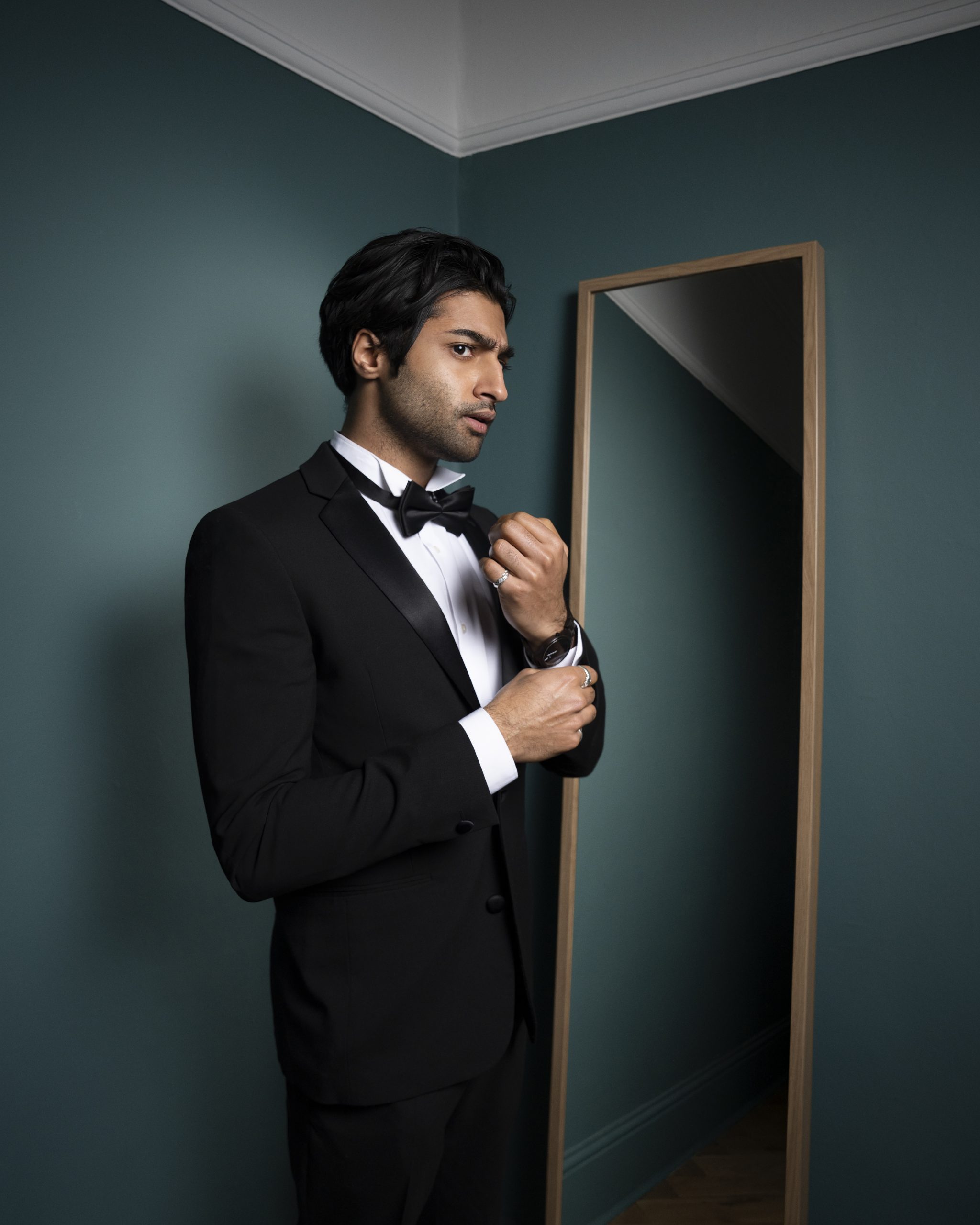 NEW theatre production Invisible, written and performed by Nikhil Parmar, is a dark comedy about a man’s desperate struggle to be seen as the hero of his own narrative. The challenging one-man play, which runs at Bush Theatre in London, sees the acclaimed actor adds to his already impressive body of work that has included winning turns on television. The London-based performer, who is clearly looking forward to sharing the new work with audiences, spoke to Eastern Eye about the latest project, his own close connection to acting and the stage.

What first connected you to acting?
It is the summer of 2005, I’m 10 years old, and I really fancy the girl playing the queen in Alice in Wonderland. I make sure I get the part of her bodyguard, so our rehearsals are together. On opening night, I do my only line in a super-exaggerated Mancunian accent, and the audience laugh, a lot, and I love how I feel after.

Which of your roles has been closest to your heart?
I had a part in a Channel 4 drama last year called Mincemeat, in which I played a brown kid who falls in love with a white girl, only for the whole thing to turn sour when he realises that her mum’s racist. The story felt very real and honest to me, and the process was very affecting.

How did Invisible come about?
I submitted the play to the Bush Theatre as part of their yearly open submissions call, and was subsequently placed in their Emerging Writers’ Group. After a few pandemic-induced delays, it was programmed for the Bush’s 50th birthday season.

Tell us about the play?
The play is a one-man show about a brown guy called Zayan, and is set in a world in which Islamic fundamentalism doesn’t exist any more. For this and a few other reasons, Zayan thinks that brown people, because they are no longer seen as threatening to white people, have become, in effect, invisible. The play tracks his crazy solution to this problem.

Is any of the story based on reality?
The story isn’t but Zayan, like me, is a British-Indian actor in his mid-20s, so I definitely see a lot of myself in him and vice versa. The world of the play is quite absurd and heightened, but some of the situations and relationships are drawn from or inspired by my own life.

What inspired the title of the piece?
The play is all about the lengths to which a person will go to end his self-diagnosed invisibility. I think loads of people, rightly or wrongly, genuinely believe that they are invisible – be it culturally, politically, socially or otherwise. ‘Invisible’ is an expression of the rage that this belief can induce.

What is your favourite moment in the play?
There’s a scene in which the main character, who is an actor, finds out that his ex-girlfriend is now dating his arch-nemesis from drama school. His reaction is immature, petulant, and unhinged – but very fun to play.

Is this one of the most challenging projects you have taken on board?
Definitely. I don’t think I ever thought about it actually getting programmed when I wrote it, but now that I’m on the cusp of actually doing it, I’m realising it’s gonna be tough, but fun too, I hope.

In your opinion, how does theatre compare to television?
I love both, but I would say that because theatre is experienced live, in a room, with a load of other people, it has an inherent potential for a kind of immediacy and intensity that TV maybe lacks? But I do love TV.

According to you, what makes for a good theatre experience?
I think the best theatre introduces complex ideas fighting against each other but hides it in a gripping and unpredictable story. The live element means it can induce true uncomfortableness, which I think can be a very positive thing for any piece of art to do.

What would you say inspires you as an actor?
Any time I’m struggling to make something good, acting or writing wise, I find the scene in Breaking Bad that has the most relevance to the issue I’m facing. Watch it, and marvel at how good, good can be.

Why should we come watch Invisible?
Because even if all the things that I have shoe-horned in there to make myself seem smart don’t end up working, it should still make you laugh once or twice – give or take.