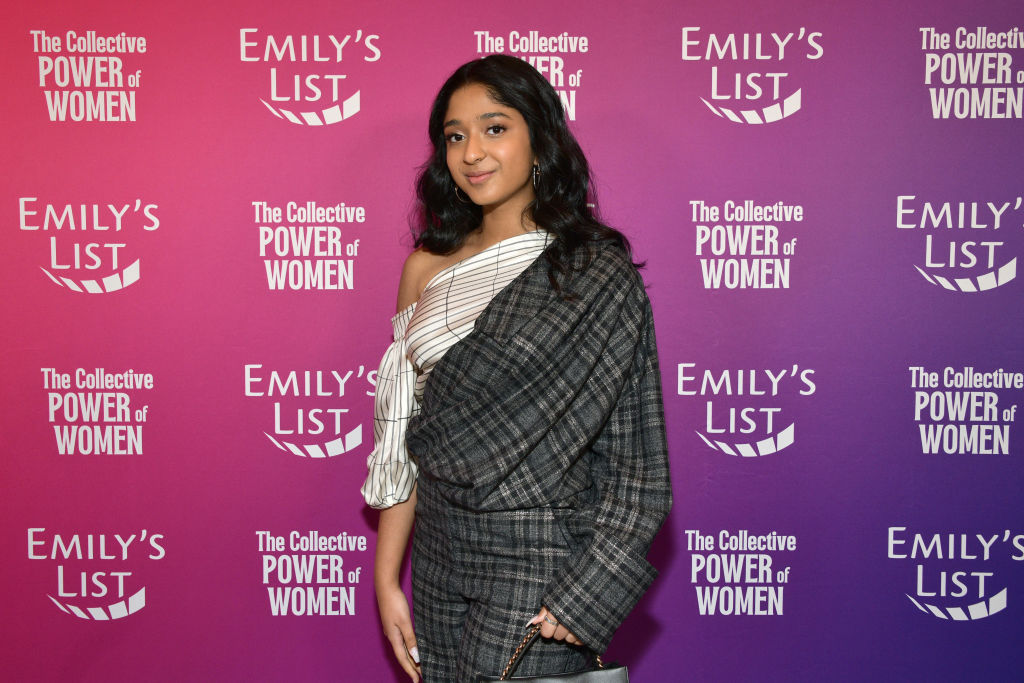 Maitreyi wore the same outfit to the early screening of the show in the US. She posted a couple of photos and videos from the event on Instagram, and wrote, “so grateful for everyone who came out to any of the early screeners and everyone who just continues to support myself and the show from all around the world. So thankful to have the most beautiful fans”.

Talking about the show ‘Never Have I Ever’, the show will be out on Netflix on August 12.

The show’s first season was out in April 2020, after which the show was renewed for two more seasons.

Creator of the show, Mindy Kaling in an interview in April said, “Four seasons for a high school show felt like it made sense.” “They can’t be in high school forever. We’ve seen those shows. Like, you’ve been in high school for 12 years. What is going on here?”
“Also, the actors get older and it starts looking insane that a 34-year-old is playing a 15-year-old,” she added.

Bela Bajaria, Netflix Head of Global TV at the time of the news announcement stated that the streamer is “thrilled” about the comedy – drama’s last two chapters, according to People.

“We are thrilled to have two more seasons of Never Have I Ever. It’s everything we want in a Netflix comedy series: authentic, specific, funny, and full of heart. I love that a story I relate to so deeply – about a young, Indian-American girl – hits on so many universal truths that resonate with just about everyone.” “We’re eternally grateful to Mindy, Lang, and the wildly talented cast. And we can’t wait for everyone to see the final two seasons,” Bajaria said in a statement.