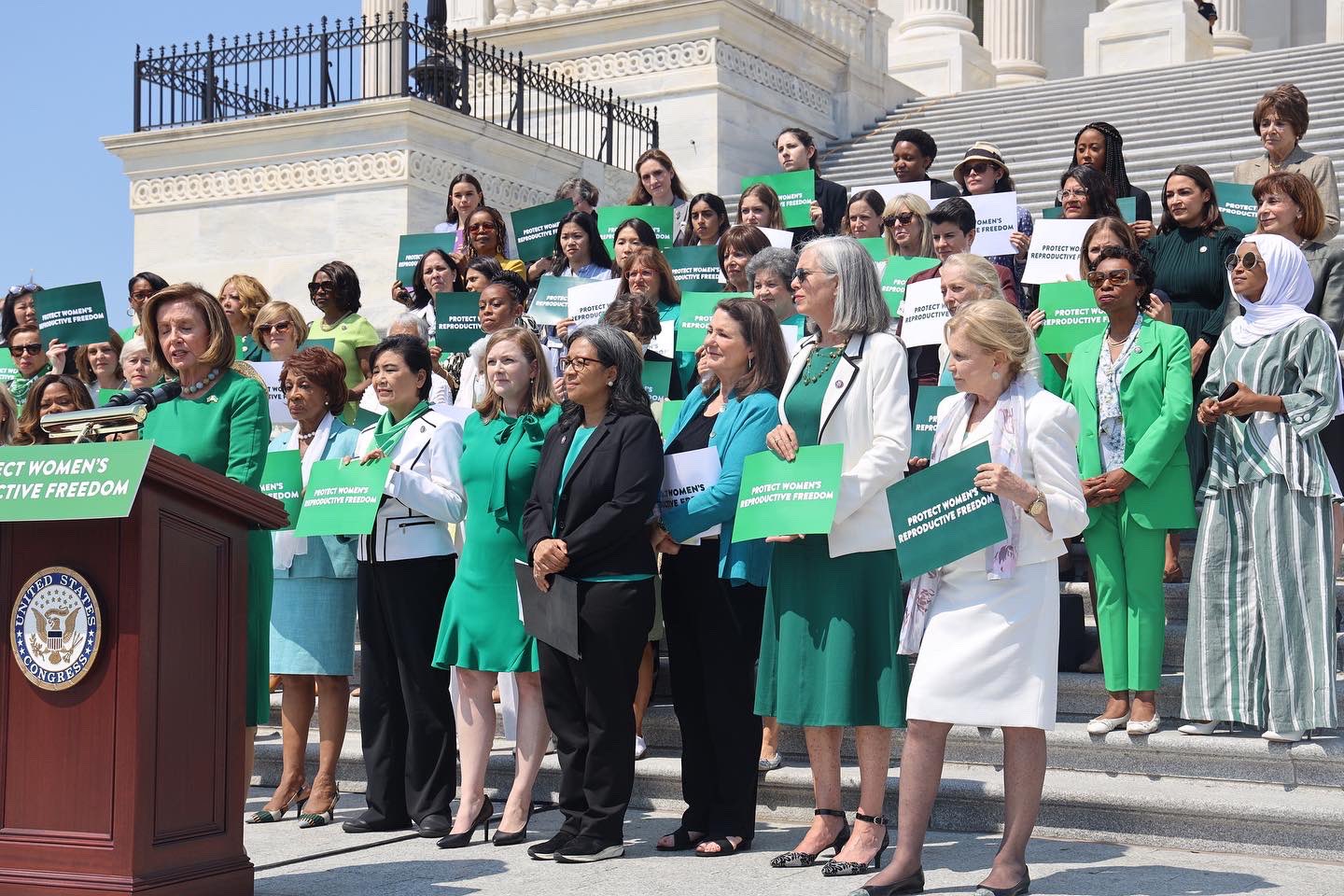 A viral video of the arrest of US lawmakers Ilhan Omar, Alexandria Ocasio-Cortez along with other Democratic members of Congress showing that they were handcuffed during an abortion rights protest in front of the Supreme Court on Tuesday, has sparked a debate.
This issue came to the limelight after media reports said Congress members were indeed arrested but not handcuffed. With wide media coverage, the act was called a media stunt bringing criticism and amusement, Fox News reported.Several critics took to Twitter to mock her for seemingly playing up the drama of her encounter with law enforcement.

“Is…is she pretending to be handcuffed?” the National Journalism Center’s Becket Adams reacted.

“This is too much,” GOP flack Matt Whitlock wrote.

“So @AOC is a criminal insurrectionist who should be banned from federal office?” Judicial Watch president Tom Fitton joked.

US police arrested over a dozen Democratic members of Congress, including lawmaker Ilhan Omar during an abortion rights protest in front of the Supreme Court on Tuesday (local time).

A video clip shared by Omar’s official Twitter handle showed the lawmaker pretending to be handcuffed as they were escorted away from the Supreme Court by police.

“Today I was arrested while participating in a civil disobedience action with my fellow Members of Congress outside the Supreme Court. I will continue to do everything in my power to raise the alarm about the assault on our reproductive rights!” Ilhan Omar tweeted.
The US Capitol Police said that they arrested 35 people including 17 members of Congress.

“Demonstrators are starting to block First Street, NE. It is against the law to block traffic, so officers are going to give our standard three warnings before they start making arrests,” the police tweeted.

“We made a total of 35 arrests for Crowding, Obstructing or Incommoding (DC Code SS 22-1307). That arrest number includes 17 Members of Congress,” the tweet added.