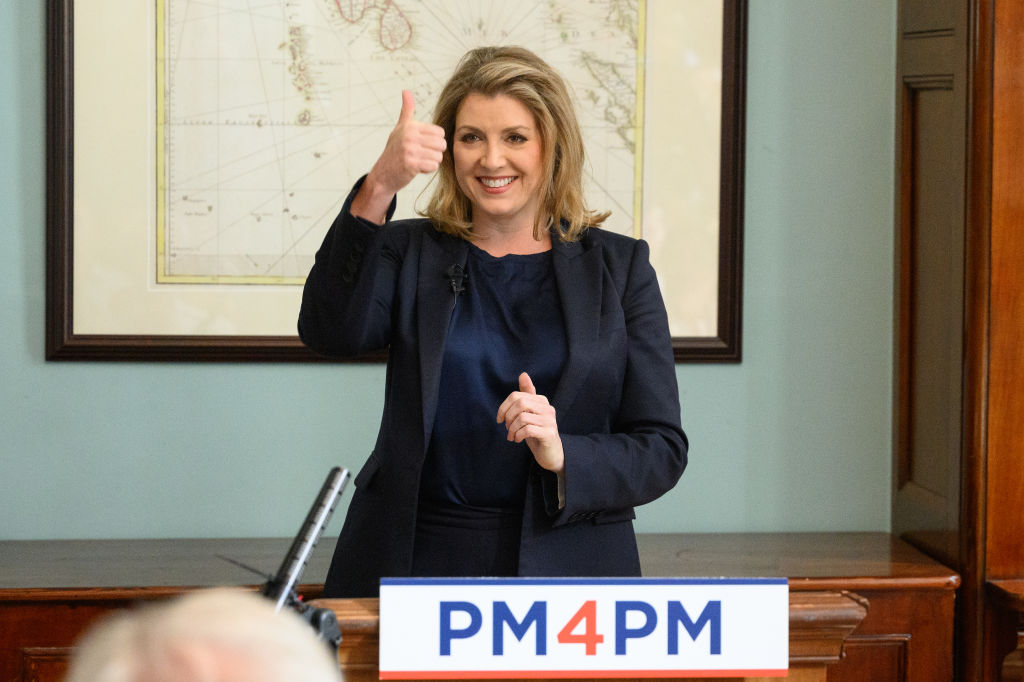 PENNY MORDAUNT has held several senior posts in the UK government and even appeared on a celebrity reality television show, but is still little known beyond Westminster and her ruling Conservatives.

However, her ministerial experience — including serving briefly as Britain’s first female defence secretary — her credentials as a Brexit backer from the outset and punchy performances in parliament means she has now emerged as a top leadership contender.

The 49-year-old junior trade minister has topped several recent polls of the Conservative Party members who will ultimately choose their next leader — and as a result prime minister. She has also attracted strong support from her fellow Conservative MPs.

If she were to win the leadership race, it would cap a remarkable rise for the low-profile politician, whose face is only recognised by one in 10 people, according to a SavantaComRes poll published Wednesday (13).

Her political ascent has involved overcoming some personal difficulties, including losing her mother as a teenager and grappling for decades with undiagnosed dyslexia.

“What I’ve learnt is that, with determination, you can do pretty much anything,” Mordaunt told The House, parliament’s magazine, last year.

“If you turn up and you focus enough, you can overcome all sorts of things.”

A longtime Tory member and lawmaker since 2010, Mordaunt is also a Royal Navy reservist from a military family. She represents a constituency, Portsmouth on England’s south coast, with a large naval base.

Before that, she served 18 months as international trade secretary, as Britain prepared for life outside the EU for the first time in nearly five decades. She has also occupied several junior minister roles.

Mordaunt got some attention during the country’s divisive 2016 referendum as a leading figure in the “Leave” campaign, provoking controversy by saying the UK could not veto Turkey joining the bloc.

She defended that claim in an interview this week, insisting ex-premier David Cameron had given the NATO ally a commitment that he would not block them joining.

Mordaunt, the daughter of a paratrooper and a special needs teacher, has lived in her home town of Portsmouth since the age of two.

Her mother died of breast cancer when she was aged 15, leaving her with some of the responsibility for caring for her younger brother.

She became the first member of her family to go to university, studying philosophy at Reading University in central England.

Before that, she famously worked for a period as a magician’s assistant.

And in late 2013 Mordaunt appeared on ITV’s celebrity diving show Splash! to raise money for charity.

She left the contest series after twice mistiming her back somersault dives but not before earning the praise of the judges, including Olympic gold medallist Tom Daley, for her plucky attitude.

Mordaunt says she first became interested in politics working in hospitals and orphanages in Romania during a so-called gap year between finishing school and attending university.

After jobs in communications and the charity sector, her early roles in politics included one as a press officer for former Conservative leader William Hague. That saw her seconded to work on George W Bush’s 2000 election campaign in Washington.

Following her 2010 election to parliament, junior minister posts eventually led to her elevation to the cabinet in 2017.

A year later, she added minister for women and equalities to her portfolio, earning praise for her work on gender and LGBTQ issues. She was seen then as an ally of the LGBTQ community, particularly on transgender rights.

But she provoked a strong backlash from that community this week for appearing to change her stance on transgender issues as she entered the leadership race Sunday.

In a lengthy Twitter thread, she hit out at “trans orthodoxy” and said while transgender women could be considered “legally female” that “does not mean they are biological women, like me”.

Reflecting the community’s pushback, non-binary journalist Tom Pashby told the Pink News website her comments were “deeply disappointing”, accusing her of using “trans and non-binary people as a punchbag” to win votes.