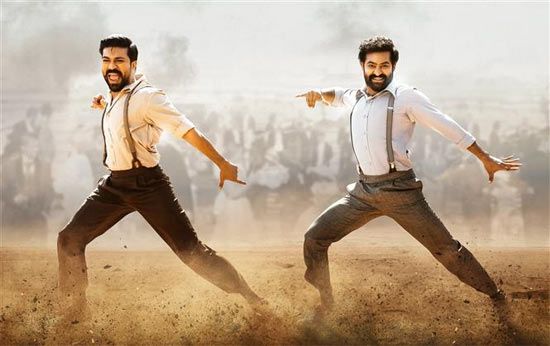 ‘RRR’ filmmakers are rejoicing as they progress further in the race to the Oscars.

The infectiously catchy song ‘Naatu Naatu’ from the blockbuster Telugu film has been shortlisted for the 2023 Oscar Awards in the ‘Best Original Song’ category.

Trade Analyst Taran Adarsh took to Twitter to make the announcement. “What a way to start the day… Naatu Naatu from RRR – the most celebrated dance number of 2022 – shortlisted for Oscars 2023 in ‘Original Song’ category,” he wrote.

In the first category, it competes against the films ‘All Quiet on the Western Front’, ‘Argentina, 1985’, ‘Close’ and ‘Decision to Leave’.

In the second category, the song ‘Naatu Naatu’ from the Ram Charan-starrer will compete with ‘Where the Crawdads Sing’ from ‘Carolina’, ‘Lift Me Up’ from ‘Black Panther: Wakanda Forever’, ‘Hold My Hand’ from ‘Top Gun: Maverick’ and ‘Ciao Papa’ from ‘Guillermo del Toro’s Pinocchio’.

“#RRRForOscars. We are honoured that RRR’s overwhelming success represented Indian Cinema on the global stage by creating milestones at the worldwide box office and uniting film buffs across the world by transcending linguistic & cultural barriers. We’re grateful to each & everyone who loved our film and cheered us over the past few months. You made this journey possible. We applied to The Academy for Oscars consideration in general category. We wish our RRR family the best and thank them from the bottom of our hearts for making this possible. Here’s to continuing to win hearts and entertain audiences worldwide,” a note read on the official Instagram page of RRR.

RRR is a fictional story based on the lives of two Telugu freedom fighters Alluri Seetharama Raju and Komaram Bheem.