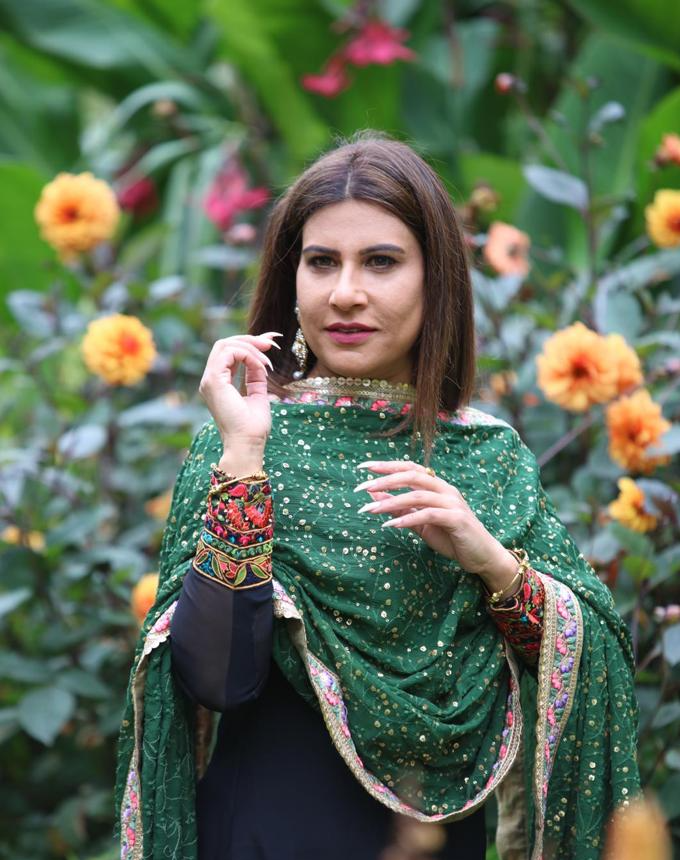 Former actress and singer Rupi Dhillon recently made a welcome return after an 18-year sabbatical with new song Love Struck.

The Midlands-based owner of the popular Rupi’s Hair & Skin Care Centre reconnected with her first love of music, after raising her family and making a name as a successful businesswoman. She teamed up with successful music producer Charanjit Ahuja and acclaimed lyricist Ranbir Singh on a song that commences an interesting new journey for her.

Aj Di Dihadi Rakh Doli Na Maa by Surinder Kaur: This is a very emotional song about a daughter and her parents, during the doli ceremony, which is very close to my heart, and is prominent in our culture and traditions. It is a great track filled with feeling.

Mirza by Gurmeet Bawa: This is another golden oldie, which is sung by an
absolute legend in her very powerful voice. The timeless track still has the same impact and emotion.

Tera Yaar Bolda by Surjit Bindrakhia: Most fans of Punjabi music will know this track. This is a fully entertaining song with a traditional bhangra beat from the 1990s. I don’t think there is a party where this song is not played, even now.

295 by Sidhu Moose Wala: This song means different things to different people. I hope that people listen to this one carefully, as there is so much truth in these lyrics, from a talent taken away too soon.

Keep Moving by DesiFrenzy FT. Jaz Dhami: This is different to all the rest. My day starts with this song because it reminds me to be grateful and thankful. And no matter what comes my way, I can face it and keep moving forward.

Dhee Punjab Di by Rupi Dhillon: This song, which is sung by me, gives me courage and power to face anything because I am a daughter of Punjab.

SYL by Sidhu Moose Wala: This is a very informative song, which talks about the current issues people are facing in Punjab right now. It’s been a long time since somebody wrote something that is so relevant and meaningful.

Jattz In The Hood by DesiFrenzy and Jazzy B: This reminds me of the good old days. It’s a modern song but with that old school vibe. DesiFrenzy has really made a masterpiece and who better to sing than the prince of Punjab, Jazzy B.

Love Struck by Rupi Dhillon: This song combines three different generations. Charanjit Ahujaji’s music reflects the nostalgic era of romantic songs, while Ranbir Singh has written this to be relevant nowadays. I hope I have done justice to it by giving it a powerful voice while maintaining the melody.