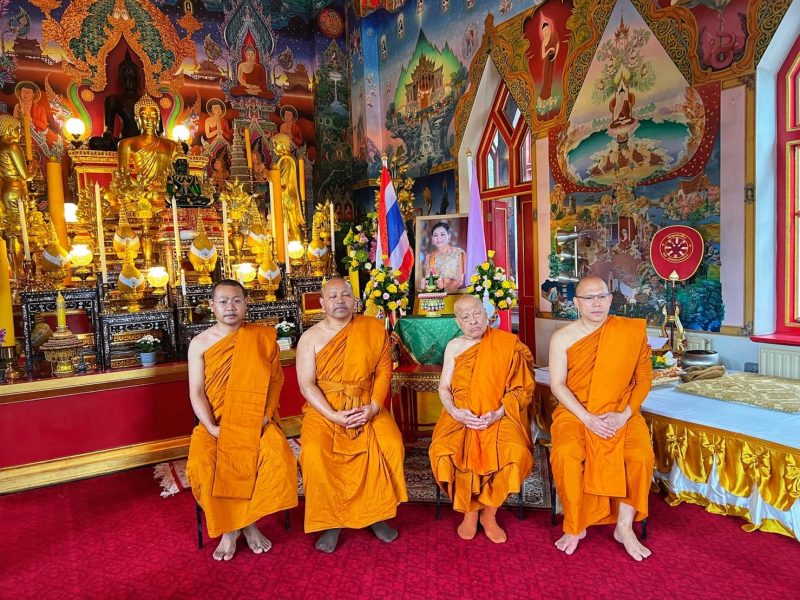 Sixth-time champion Novak Djokovic is known to meditate between matches. In fact, the monks at the Buddhapadipa Temple, which is a five-minute walk away from Wimbledon credit meditation as the secret to his success.

This unlikely fanbase of holy men claim that he is “our friend” and a regular visitor to the site.

The temple is situated just outside the grounds of the All England Club and located in beautiful serene landscaped grounds. Djokovic has become the site’s most famous visitor.

The Serbian tennis star often visited the temple before the pandemic to meditate between matches at the tournaments. He has also reportedly been visiting for years and spends at least an hour a day in meditation to help improve his focus.

Venerable Piyobhaso, minister of religion and the senior monk in charge of meditation at Buddhapadipa, told The Times, “I want him to be the champion.

Piyobhaso reportedly added: “Djokovic made it clear that he is not a Buddhist but he likes meditation and visited the temple. What meditation means is you’re trying to develop the quality of the mind, trying to build up concentration, feel relaxed and peaceful.”

Djokovic is reported to have chosen to meditate in the mornings when the place has less visitors. But despite this, and the fact that he is an Orthodox Christian, the local Buddhist community are his ardent supporters.

Sue Stevens, 73, a Thai woman who lives in Richmond is quoted as saying, “Every day when it’s tennis season we sit down and watch. He only comes to the temple occasionally when it’s important. I still support him.”

The other Buddhists and community members have also revealed that they are big fans of the tennis star as well.

Speaking about how meditation works for Djokovic, Monk Piyobhaso said, “He didn’t attend the classes provided by the temple but he just meditated on his own. He spent about 30 minutes or an hour on the grounds and he preferred to spend time in the park area and the lake.

“He said that meditation helps with his tennis playing. And because of meditation he could keep focused on whatever he was doing at that moment.

“When he plays tennis, he just focuses on game to game, he didn’t plan ahead. Just focus on the game, that’s what he gained from meditation. It worked.”

Speaking before he won the 2015 Wimbledon championships, Djokovic reportedly said: “I try to put myself only in the present moment, not fight against the thoughts and the pressure and the excitement, but just acknowledge them and also try to keep my composure and calm. I try to just be in the moment and enjoy.”