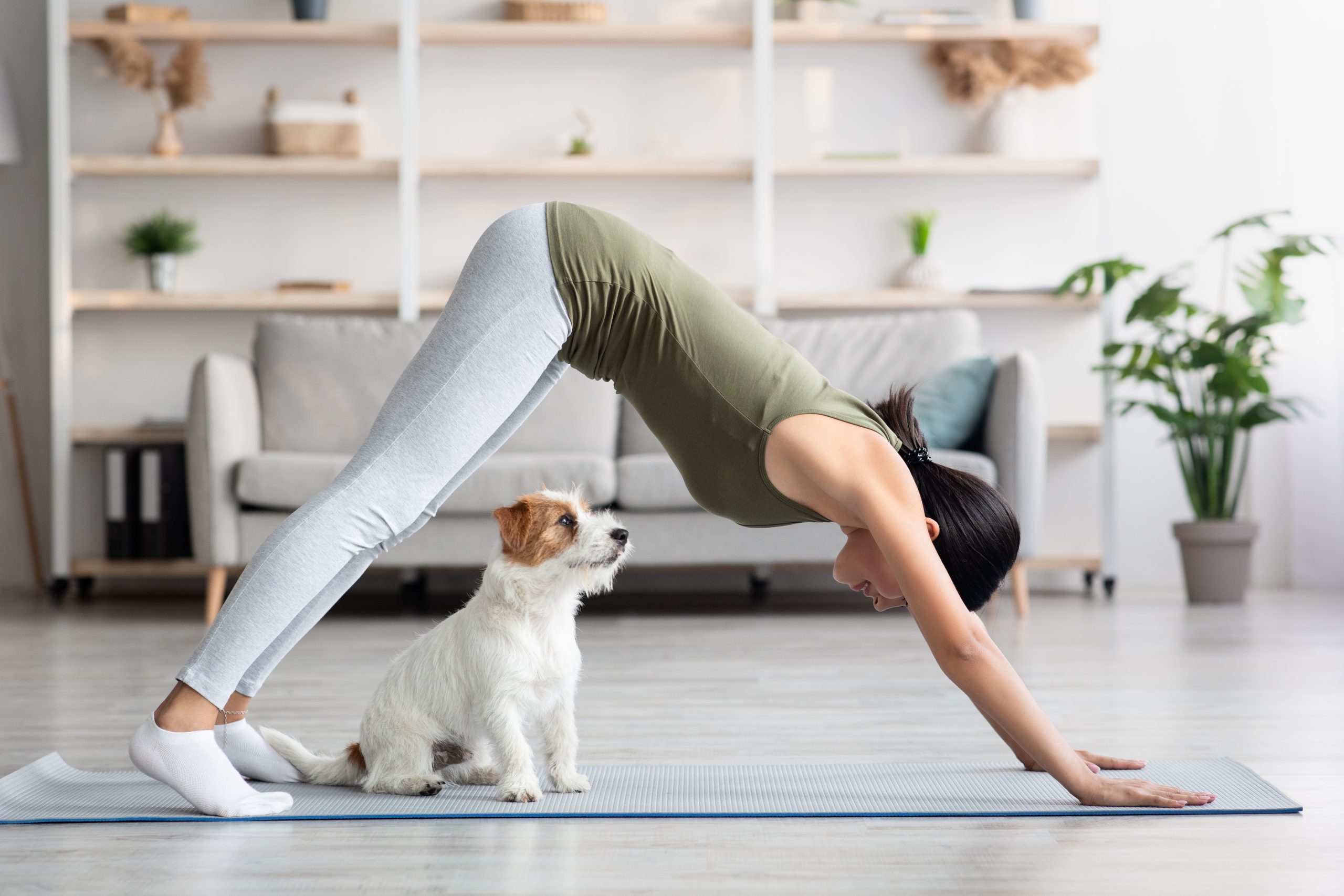 Research shows that being around dogs can reduce the stress hormone, cortisol. Some also believe that just looking at a puppy is enough to elicit a shot of dopamine, a brain chemical that influences feelings and moods.

This is probably why millennials who are stressed are turning to puppy yoga to balance their chaotic lives, The Times reports.

Women, especially those in their twenties and thirties, are now turning to this trend and combing their yoga and downward-facing dog pose with their canine friends.

Frenchwoman Imane Courtney-Smith, who set up Pets Yoga in 2018, conducts classes in central London with puppies, rabbits, and kittens.

The 31-year-old reportedly said, “I don’t think I’m biased when I say we provide happiness to people.”

This concept has supposedly boomed since the Covid restrictions have been lifted as other companies too are offering a similar model.

So, dog lovers can now take part in plenty of quirky activities.

For instance, there are canine cafés offering birthday parties for pets, dogs are welcomed at cinema screenings and some private pools also run aqua splash classes for dogs.

Yetzahali Garcia, 24 who is originally from Venezuela is quite a regular customer at Pets Yoga sessions.

Speaking about the experience she reportedly said the sessions are “on the pricey side” but adds that “Booking a normal yoga session around London might cost up £20. For a few extra quid you get to experience something unique.

“It’s much more value for money than going out clubbing or drinking and it just makes you feel so good.”

A PR executive from Clapham, southwest London, Nathalie Bredberg, 22, was treated to a pet yoga session as a gift with her friend Ising, who is also from Sweden.

Bredberg is of the opinion that, “It’s good for international people who have animals back home. I miss my dog, so it’s the perfect solution.”

Ising, 21, who lives in Bloomsbury, central London, and who is a student called the entire experience “very therapeutic.”

She adds, “Physical touch and someone being close to you is a very big thing for our mental health, no matter if it’s friends, family or animals. People lost that during the pandemic.”

Sessions cost £30 to £40 but are usually sold out soon after becoming available online, informs Courtney-Smith.

According to the animal lover, women mostly aged between 25 to 35 make up to 80% of her clients and the men who join the sessions usually accompany a woman.

Courtney-Smith’s concern for the pets’ welfare is of utmost importance. Classes are kept small and participants are required to remain seated when touching the dogs, abiding by the saying to let sleeping dogs lie.

She is reported as saying, “The type of person we like to work with enjoys the experience and has the interest of the puppies at heart.”

Here’s how not having sex affects your health

Fat around organs more susceptible to severe Covid than fat under skin: Study

Hailey Bieber recently revealed she has ovarian cyst – Should you be worried too?

Cold temperatures and constipation — is there a link?

Do you use paper clips or toothpicks to remove ear wax? Stop doing…