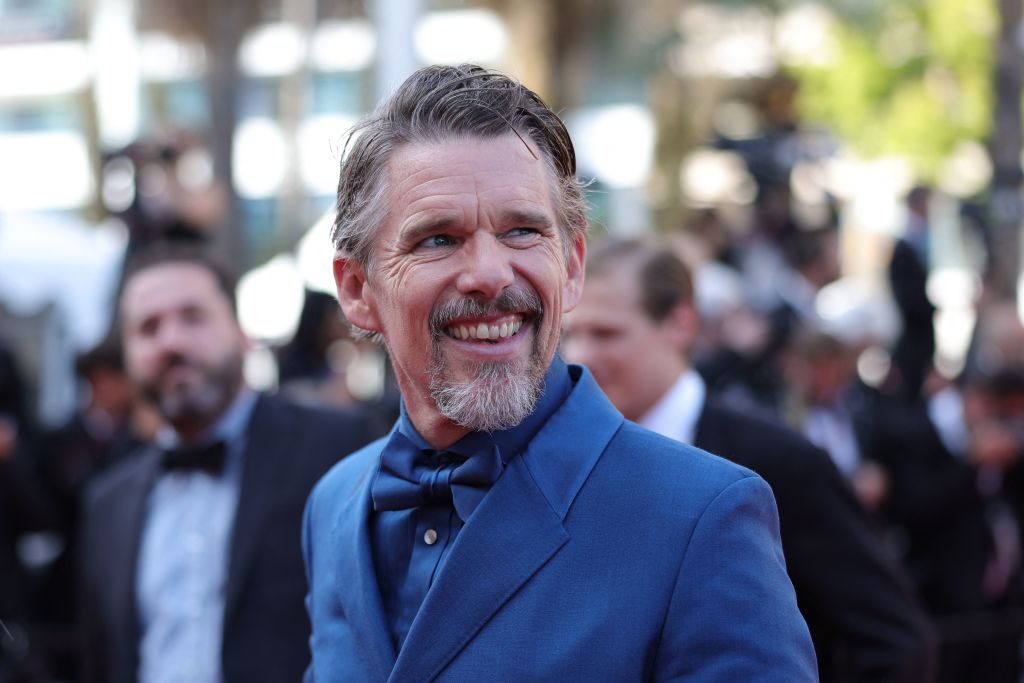 US actor and writer Ethan Hawke arrives for the screening of the film “Triangle of Sadness” during the 75th edition of the Cannes Film Festival in Cannes, southern France, on May 21, 2022. (Photo by Valery HACHE / AFP) (Photo by VALERY HACHE/AFP via Getty Images)

Hollywood actor Ethan Hawke, recently shared his experience of working in a ‘Marvel’ web series, stating that “Marvel is extremely actor friendly, but might not be director friendly”.

Hawke,51, recently joined ‘Marvel Cinematic Universe’ in the Disney+ Hotstar action series ‘Moon Knight’, where he portrayed the role of an antagonist Arthur Harrow alongside Oscar Issac. According to Variety, the ‘Sinister’ actor in an interview with an American publication shared his personal experience working with the Marvel Cinematic Universe, in which he stated, “That group of people [at Marvel] is extremely actor-friendly. They might not be director-friendly, and that could be what Scorsese and Coppola are talking about. But they love actors”.

Previously, the ’24 hours to Live’ actor took a dig at the critics for calling comic book cinemas art cinemas. “I think Kevin Feige had a great thing happen with Robert Downey Jr. and he understood that Downey’s passion was a large part of the success. When actors are excited by a part, audiences get excited about watching them. Feige understood the algorithm there, so they’re extremely respectful toward the process. The best thing about ‘Moon Knight’ for me was Oscar’s performance. It’s a gonzo thing that happens to have a giant budget — a pretty out-there performance.” Hawke added.

Being asked by the American publication, will Hawke work with ‘Marvel’ in future or not? He stated, “I’m not supposed to talk about it. I had to sign an NDA about dealing with them, but I’m not interested in long-term commitments. I protected myself because I didn’t know what it was going to be. I just wanted to know what that sandbox was like. And it’s what young people are watching, so why are we going to sit there and tell them it’s not good?”, Variety reported.
Meanwhile, ‘Moon Knight’ is currently streaming on Disney+ Hotstar.