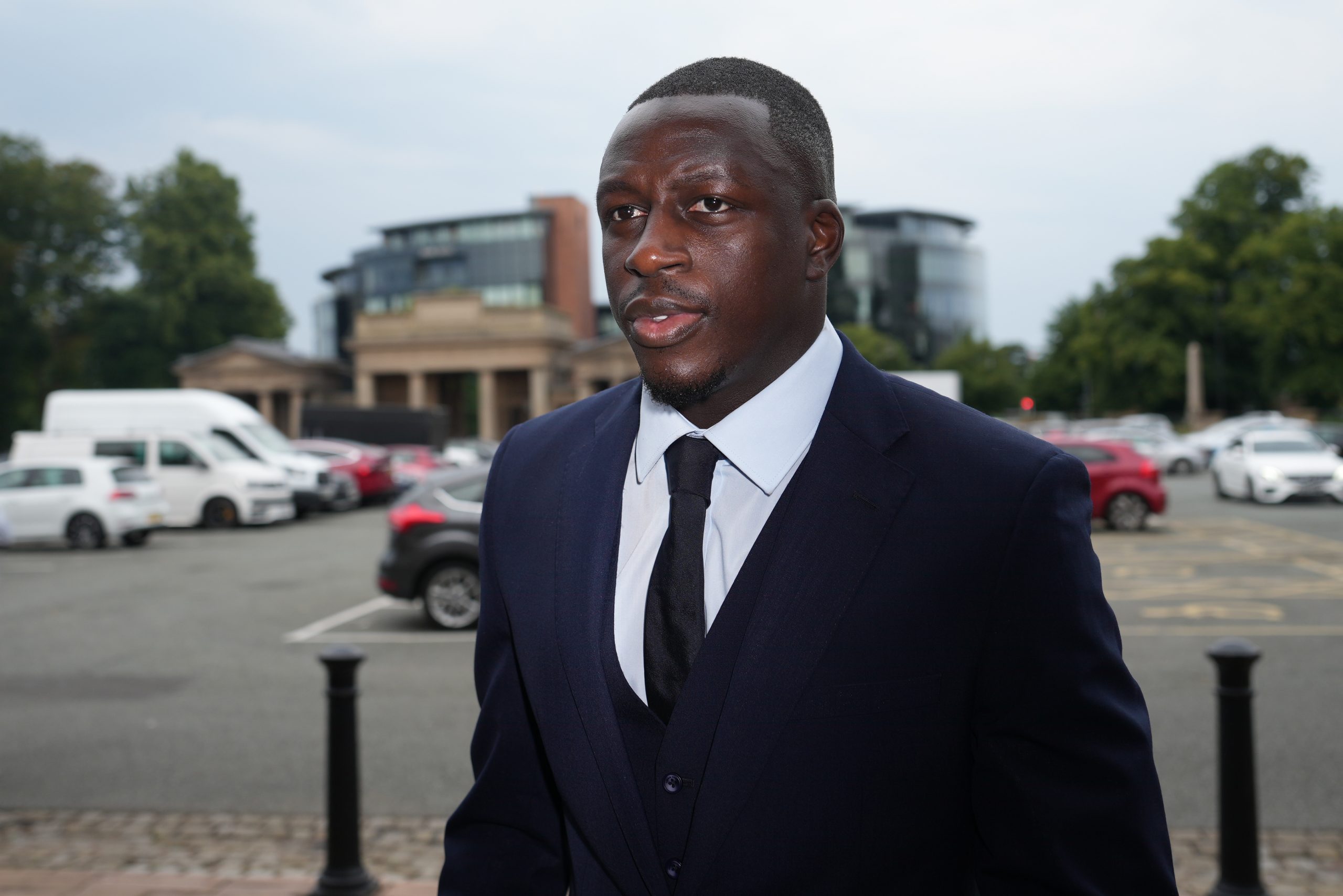 An English court on Monday heard that Manchester City and France footballer Benjamin Mendy, on trial for rape and sexual assault, was a “predator” who callously pursued vulnerable women.

Mendy, 28, is on trial at Chester Crown Court in northwest England, facing eight counts of rape, one count of sexual assault and one count of attempted rape, relating to seven young women.

The Premier League star has pleaded not guilty to all the charges in a complex trial that is expected to last 15 weeks.

The jury trial opened last week and the prosecution began their opening arguments on Monday.

Prosecutor Timothy Cray told the court that Mendy and his co-defendant, Louis Saha Matturie, were “predators, who were prepared to commit serious sexual offences” as they pursued women.

Cray alleged that Mendy behaved with “callous indifference” to women who were “vulnerable, scared, isolated”.

Matturie’s job was “to find young women and to create the situations where those young women could be raped and sexually assaulted”, he argued.

The men “turned the pursuit of women for sex into a game and if women got hurt or distressed, too bad,” the lawyer said.

Matturie, 40, has also pleaded not guilty to eight counts of rape and four counts of sexual assault.

The alleged offences by both men are said to have taken place between July 2012 and August last year, with Mendy accused of a string of sexual offences starting in October 2018.

None of the women said to have been assaulted can be named under English law, which also places restrictions on what can be reported about the case.

Isolated mansion
The jury heard during Cray’s opening statements Monday that Mendy’s lavish home in the village of Mottram St Andrew in rural Cheshire was central to the alleged crimes.

Nine young women made complaints of rape or sexual assault against Mendy and Saha after visiting the isolated mansion south of Manchester between October 2018 and August 2021.

Two victims told police they had been in locked rooms inside the house — which contains a swimming pool, jacuzzi and cinema room — when they were allegedly assaulted, Cray detailed.

The prosecutor also argued the pair targeted “women who were so drunk almost to the extent that they had little or no memory of the incidents, or were asleep, or they were waking from sleep.”

Mendy joined Premier League champions City from French side Monaco in 2017. He has played 75 times for Manchester City, but his playing time was limited by injuries and a loss of form.

He was suspended by City after being charged by police in August last year.

The last of Mendy’s 10 international caps came in November 2019. The defender picked up a World Cup winner’s medal after playing just 40 minutes of France’s successful 2018 campaign in Russia.

The trial comes as former Manchester United star player and Wales manager Ryan Giggs is on trial at Manchester Crown Court on charges of assaulting his former partner by headbutting her and submitting her to controlling and coercive behaviour.