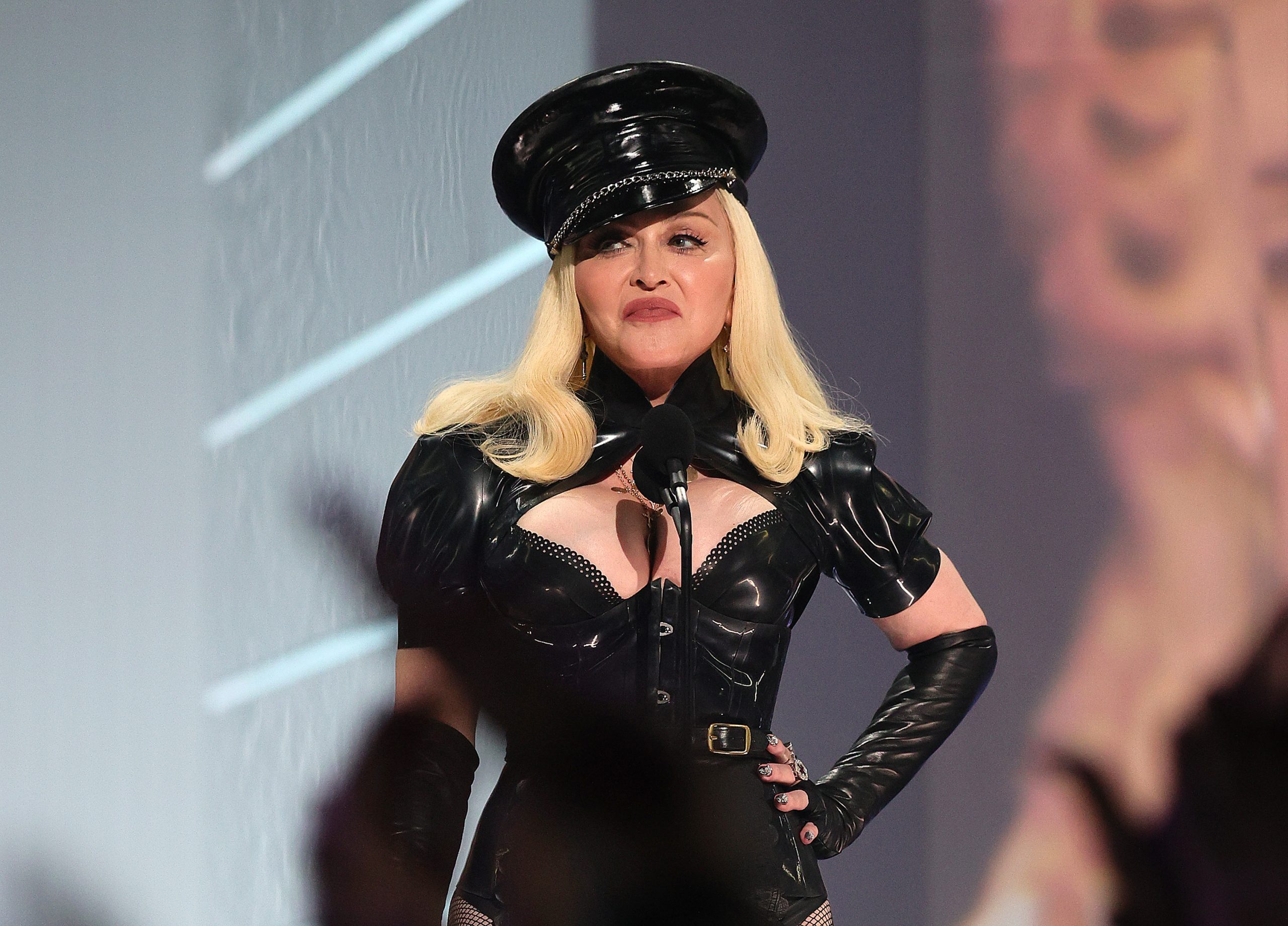 On Instagram, the singer posted a striking video of herself aggressively kissing two women: artist MissMe and Maha Dakhil Jackson. She captioned the video, “Birthday kisses with my side bitches….”.

Madonna offered her fans a taste of what it’s like to party with her during her “birthday week” while decked up in Dolce & Gabbana. She and her friends clinked glasses in their chauffeured car, as the songstress is heard saying, “I left my baby mama at home, and I’m sitting here with my side b—–s.”

The mother of Rocco, Lourdes, David, Stelle, Estere, and Mercy also uploaded footage of herself dancing with her kids and taking in the environment while dining at lavish banquet tables.

Madonna just recently celebrated the birthday of Rocco on August 11, writing in a separate Instagram post, “From one Leo to another!! Happy birthday Rocco.”
According to Fox News, Madonna has never been one to shy away from breaking the status quo or expressing herself in unique ways.

Her most recent feature is on Saucy Santana’s “MATERIAL GWORRLLLLLLLL!” which gained immense traction on TikTok. The song’s title is certainly an homage to the singer’s 1984 track.

“Finally Enough Love: 50 Number Ones,” the latest album from Madonna, is a collection of her best songs.

Meanwhile, Madonna is all set to team up with rising rapper and internet phenomenon Saucy Santana for the remix of his 2020 viral hit ‘Material Girl’, now retitled ‘Material Gworrllllllll!’.According to Variety, Madonna first teased the collaboration on her Instagram account on August 4, sharing a snippet of the feisty chorus.

Madonna, who still very much has her finger on the pulse of pop culture, invited Santana to share the Terminal 5 stage for a mash-up of ‘Material Girl’ with her similarly-titled 1984 hit. It was an experience that left a lasting impression on the rapper. “I wish that I can have this moment for LIFE,” he wrote on Instagram, before profusely thanking the pop icon.

It’s another step towards the mainstream for Santana, who started in the industry as City Girls’ makeup artist before branching into rap with a series of viral hits. His version of ‘Material Girl’ has already amassed more than 40 million streams on Spotify, reported Variety. (ANI)