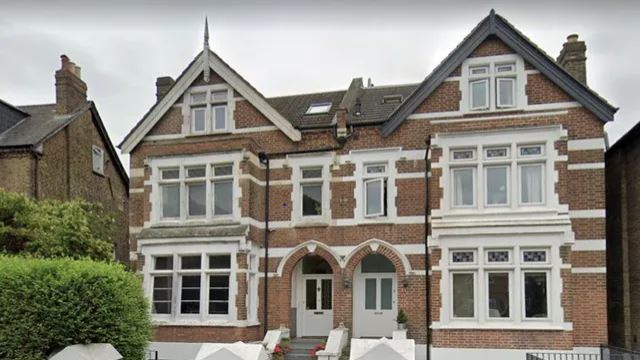 The south London home where Dadabhai Naoroji, a prominent member of the Indian freedom struggle and Britain’s first Indian parliamentarian, lived for around eight years at the end of the 19th century has been honoured with a commemorative Blue Plaque.

The Blue Plaque scheme, run by the English Heritage charity, honours the historic significance of particular buildings across London. Naoroji’s plaque was unveiled on Wednesday to coincide with the 75th anniversary celebrations of Indian Independence.

Naoroji, often referred to as the grand old man of India, is reported to have moved to Washington House, 72 Anerley Park, Penge, Bromley, at a time when his thoughts were turning increasingly towards full independence for India in 1897.

Naoroji made seven trips to England and spent over three decades of his long life in London, English Heritage said in a statement.

?In August 1897 Naoroji moved to Washington House, 72 Anerley Park, Penge, at a time when his thoughts were turning increasingly towards full independence for India,” it said.

“Much of his time here would have been occupied by his work as a member of the Welby Commission, set up by the British government to investigate wasteful spending in India. His key text on drain theory Poverty and Un-British Rule in India’ (1901) was published while he was living here, it noted.

According to records, Washington House functioned as an important centre for the Indian community in London a place where many Indians were invited and where Indians travelled to if they were in distress or in trouble.

Fellow Indian nationalists Romesh Chunder Dutt and Sister Nivedita are known to have been guests at the house.

Naoroji left the address in 1904 or 1905, making it his longest-standing London residence, English Heritage said.

Born in Mumbai, the prominent Parsi nationalist was an influential political and intellectual force in both India and Britain.

Much of his work was underpinned by his so-called drain theory of British colonial rule, contending that India was impoverished by an expensive foreign bureaucracy for which it had to pay, and that any benefits from the British presence there were incidental.

Drain theory formed the basis of the classic Indian nationalist interpretation of British colonialism, and it is a view that continues to resonate.

Naoroji spent seven spells in England, five of them in London. In 1886, he stood for Parliament in the general election as a Liberal candidate for Holborn in central London, but was defeated in the strongly Conservative constituency. He went on to be elected on a Liberal ticket for the north London constituency of Finsbury Central at the general election of July 1892 making history as the first Indian to sit in the UK Parliament.