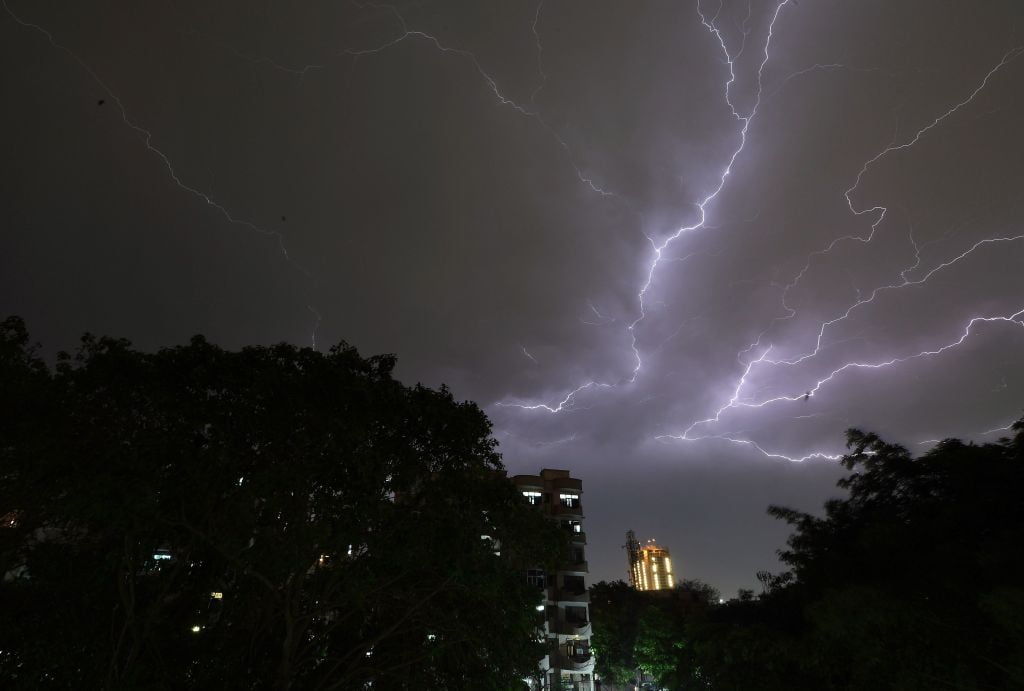 MORE than 50 people have been killed across many states in India, authorities said on Monday (12) and among them, 11 were killed at a popular tourist destination in Jaipur in the north-western state of Rajasthan on Sunday (11).

The victims were taking selfies in the rain atop a watch tower at the city’s 12th century Ajmer Fort when the tragedy struck. At least 42 were killed in different districts of the northern Indian state of Uttar Pradesh, according to disaster-response authorities, AFP reported. Casualties were also reported from the central Indian state of Madhya Pradesh.

Nearly 30 people were on the tower and the wall of the historical monument when the incident happened. Some reportedly jumped to the ground, reports said. According to the local police sources, most of the people among the dead were young.

“It was already raining when the people were there. They huddled in the towers as the rainfall intensified,” Saurabh Tiwari, a senior Jaipur police officer, told AFP.
“Some of the injured were left unconscious by the strikes. Others ran out in panic and extreme pain,” he added.

Chief minister of the state Ashok Gehlot announced a compensation of Rs 500,000 ($6,700) for the kin of those who died in the lightning strikes.

Indian prime minister Narendra Modi on Monday offered condolences over the deaths and said special payments would be made to the kin of those who were killed.

The Indian Meteorological Department has said that deaths caused by lightning strikes have doubled in the country since the 1960s and one of the reasons for this, according to the Met officials, is the climate crisis, BBC reported.

According to data, instances of lightning strikes have increased by 30-40 per cent since the early-to-mid 1990s. In 2018, the southern state of Andhra Pradesh recorded more than 36,000 lightning strikes in a span of just 13 hours.