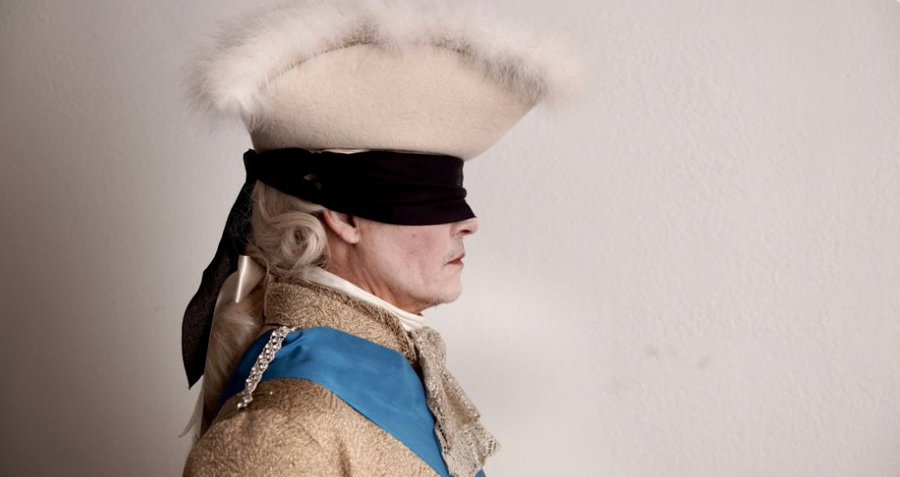 Johnny Depp is set to wow audiences yet again with his new film, Jeanne Du Barry. His first look as King Louis XV of France in Jeanne Du Barry, his first film role since his defamation trial against ex-wife Amber Heard, has been revealed by Why Not Productions.

The actor, 59, was almost unrecognisable in the new images from the film where he sported a blindfold and a vintage blonde wig. He was dressed in 18th-century costumes as he sported a gold regal jacket with a high collar and a white shirt.

The historical drama, which began production on July 1, is set at Netflix and will be centered on the life of Jeanne Du Barry, who was King Louis XV’s last royal mistress at the Court of Versaille. She was Madame de Pompadour’s successor. Back in that era, it was common for a king to have many mistresses.

Jeanne Du Barry was born into poverty, a working-class woman who craved learning about other cultures and pleasure. She used her intellect and charm to get herself at the highest level of the French aristocracy. Due to her impact on King Louis XV’s life, he regained the thrill to live as they fall deeply in love.

While Jeanne Du Barry marks a return for Johnny after much of Hollywood blacklisted him following domestic violence accusations from Amber Heard, French director Maiwenn will have her starring as the titular courtesan in the film.

There is no update on the budget of the film, but Johnny reportedly has charged a whopping $20 million as his remuneration. The superstar is also reportedly in talks to star in another Pirates of the Caribbean film where he will reprise his role as Captain Jack Sparrow after a $301 million offer from Disney.